Swisscom fiber plans are in jeopardy after govt. puts up roadblock

Swisscom CEO Urs Schaeppi did not seem troubled when ComCo, the Swiss competition authority, began probing his fiber plans in late 2020. "We don't think that there will be a big impact," he told investors on a call a few weeks later. Yet by October this year, the tone was alarmist. Government objections could delay fiber rollout for years, warned Schaeppi, smashing into his multi-billion-euro project like a Swiss avalanche into a hillside chalet.

Switzerland's mountainous topography partly explains why Swisscom, the telecom incumbent, has used a multitude of access technologies to satisfy broadband demand. Pulling fiber all the way to remote doorsteps in the Alps would probably not be economical. Still, in a country of about 4 million households, Swisscom had made a full-fiber service available to about 1.8 million properties by June. Under expansion plans, it aims to bring full-fiber connectivity to around 60% of all premises by the end of 2025. 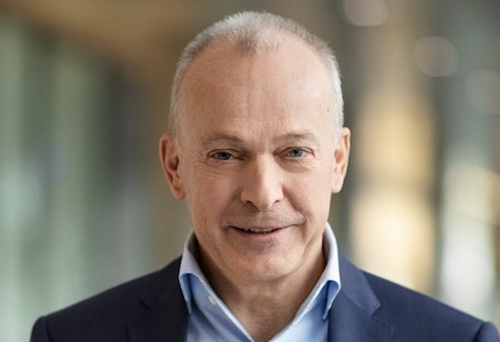 The fiber plans of Swisscom CEO Urs Schaeppi have been dealt a government blow.

These investment plans are now in peril. While the technical details of the case are somewhat arcane, ComCo appears to have taken issue with Swisscom's planned range of wholesale offers. "They actually made a claim against us, and they actually asked for a Layer 1 access in the central office," said Schaeppi back in February. "That's the main request of the commission."

This Layer 1 wholesale product would essentially allow a competitor to install its own equipment in Swisscom exchanges, giving that rival more control over customers and the ability to differentiate its services. Swisscom already offers Layer 1 on its point-to-point full-fiber network. In this set-up, each individual customer connection is based on a separate optical fiber to the Swisscom exchange. These can simply be attached to the competitor's equipment. But Swisscom plans to use a different architecture called point-to-multipoint for its fiber expansion. And Layer 1 will not be available on that to most competitors.

Wholesale or no sale

Widely used across Europe, a point-to-multipoint network runs one fiber-optic feeder cable out of the exchange and into a distribution point, where it splits like the branches of a tree into separate fibers for multiple customer premises. Swisscom has indicated that it will offer a Layer 1 wholesale product to Salt, one of its main telecom rivals. But that is only because Salt is an investment partner in the fiber expansion, sharing what Swisscom calls "the associated business risks." Those not co-investing will, it seems, have to make do with a more basic Layer 3 service, renting space on Swisscom's lines and equipment.

The implication is that Layer 1 on point-to-multipoint would generally not make commercial sense for the Swiss incumbent. "Swisscom is open to further partnerships, such as this one with Salt," said a Swisscom spokesperson when asked if that is the case. "We are convinced that with this and with our wholesale products, we offer good solutions to enable competition."

Evidently, though, it has not been able to fend off the Swiss authorities. This week, the Federal Administrative Court took ComCo's side in the increasingly acrimonious dispute. "The precautionary measures oblige Swisscom to offer a Layer 1 service," said Swisscom's spokesperson. "Swisscom is now examining which measures are necessary as a result of yesterday's decision."

A sizeable investment is at stake. Swisscom claimed earlier this year to have spent a total of 4.4 billion Swiss francs ($4.7 billion) on various fiber-optic technologies, and it routinely invests about CHF1.6 billion ($1.7 billion) in IT and infrastructure for Switzerland each year. In the meantime, telecom operators have gained little, if anything, from ratcheting up their broadband speeds. That explains why there has been a limited appetite for splurging billions on a full-fiber rollout.

The Swisscom affair has made analysts worry that a government mandate on Layer 1 will hurt returns. "The decision that ComCo gets on Layer 1 will determine how profitable your investment in fiber will be over those four, five years?" Steve Malcolm, an analyst at Redburn, asked Urs Schaeppi in February, when Swisscom's boss was making light of the situation. Today, Swisscom's share price was down about 2% at the time of writing, although it remains 12% higher than it was at the start of this year.

Ultimately, the bigger losers could be Huawei and Switzerland. Hit by US sanctions and government bans, the Chinese equipment vendor is the only supplier of broadband equipment to Swisscom and will not welcome project delays  even in smaller markets  while it struggles elsewhere. As for Switzerland, unless other companies step forward and agree to build heavily regulated fiber networks that meet government approval, its future gigabit infrastructure could end up with more holes than a slice of Emmental cheese.