The Leif Erikson Cable System will run for 4,200 kilometers between southern Norway and eastern Canada. One end will sit in Goose Bay, in the Atlantic province of Newfoundland and Labrador. 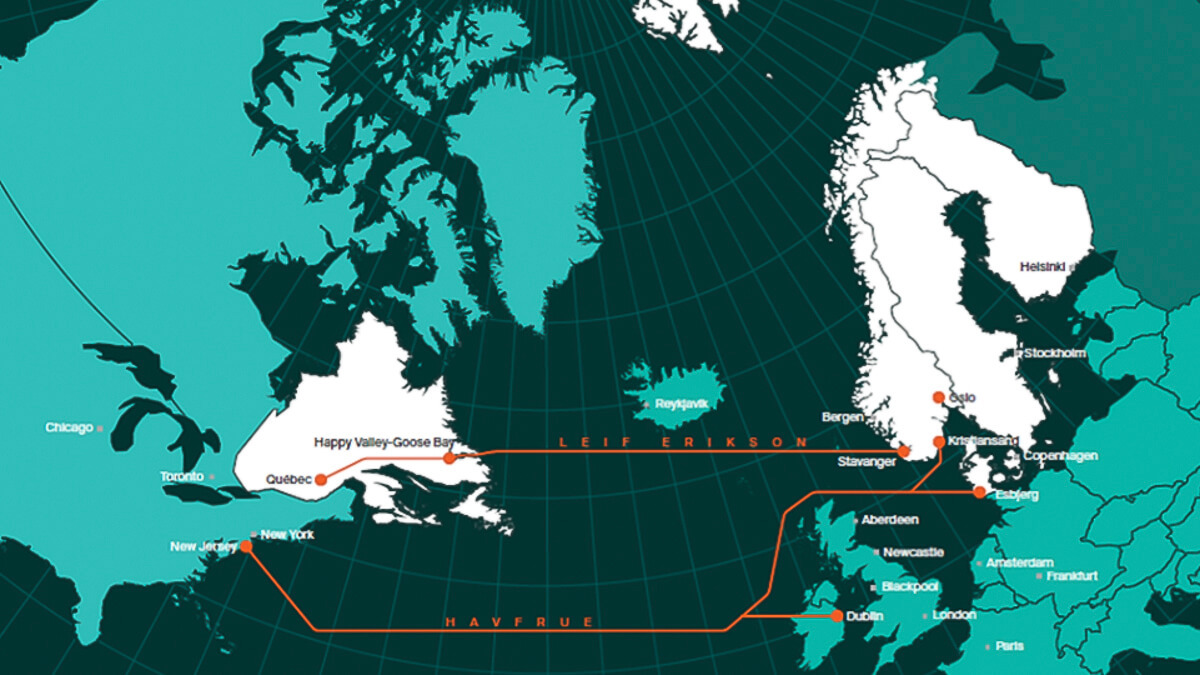 It's a joint project between Bulk Fiber Networks, based in Oslo, and WFN Strategies, based in Sterling, Virginia.

The project is now in the feasibility stage, which will examine hazards, risks, plan the survey and construction stages and do budget and economic modeling. This stage also will look into sustainability requirements for the cable's supply chain.

The two partners are especially looking to promote their subsea cable as a highway to a Nordic home of data centers fueled by renewable power. The system would be the first trans-Atlantic fiber system entirely powered by renewable energy on both ends.

It's all in keeping with the government in Oslo's 2018 national data center strategy, "Powered by Nature: Norway as a Data Center Nation," which it updated in August 2021.

The country's grid is chiefly powered by hydropower, though the country continues to be a major exporter of oil. And growing the data center market is part of Norway's government's aim to double the country's GDP growth by 2030 using AI and big data.

Sweden and Norway have both adopted legislative changes to offer investors with tax advantages to pump money into their data center markets.

Norway's data center companies also came together this June to form an industry body, Norsk Datasenterindustri, including both those companies and the power companies Ringerikskraft and Statkraft.

Between the two partners, WFN Strategies will be taking on the project planning, design and high-level plan.

Bulk Infrastructure meanwhile is a decent-sized fiber player, and currently owns and operates over 10,000 kilometers of international and intra-Nordic subsea and land fiber networks. Its inventory now includes four live subsea fiber systems and one it's currently building.

And even at its early stages, the Leif Erikson system and its renewables claims seem to be impressing the right people. The system's just been awarded a special recognition in the 2021 Global Carrier Awards.

In a thirsty data center world

While it's a lot, international data traffic criss-crossing the Atlantic will expand twenty-fold from 2021 to 2035, predicts NEC, making it among the highest-growth routes for data traffic.

And more than 90% of international communications at the moment go through optical cables.

They could've been a few days earlier with the announcement, which just missed Leif Erikson day - October 9.