David Goeckeler, the executive in charge of the majority of Cisco's business, is leaving the company to take the CEO job at Western Digital, which makes infrastructure for data centers. 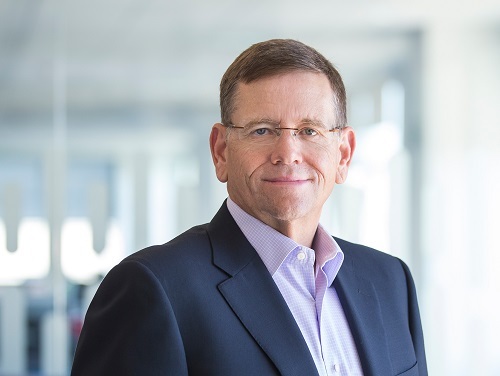 Goeckeler worked at Cisco for more than two decades, eventually taking over the company's Networking and Security Business, which comprises $34 billion of Cisco's $52 billion in annual sales. He's also credited with transitioning the company's business to a software- and recurring revenue-based model.

"We believe current Cisco CEO Chuck Robbins is well entrenched, thus Mr. Goeckeler needed to make an external move for a CEO seat. Western Digital, of course, plays in a market adjacent to Cisco's own," speculated the Wall Street analysts at Nomura's Instinet.

In order to plug the hole left by Goeckeler's departure, Cisco is reshuffling its leadership team. Todd Nightingale, who ran Cisco's Meraki unit, will take over the bulk of Goeckeler's duties at the company's Enterprise Networking and Cloud Business.

Jonathan Davidson will continue to oversee Cisco's service provider operation, though the unit is getting renamed from "Service Provider Business" to "Mass-Scale Infrastructure Group."

In its most recent quarter, Cisco posted earnings and revenues that exceeded Wall Street's expectations. But the company's CEO said some of its customers are pausing to see what growth drivers they need to react to, and when they need to react.

"We are proud to support David as he takes on his new role as CEO. We thank him for his leadership and for delivering incredible innovation at Cisco. We are always looking to build the strongest portfolio and platforms for the future. Our customers want simplicity, security, and real-time collaboration as they accelerate their cloud, 5G and AI strategies. Our new product leaders are experts in these areas, and we are thrilled to have them bring new perspectives to Cisco's executive team. Cisco's new engineering team structure aligns with our transformation strategy to drive growth and innovation."
Reply | Post Message | MESSAGES LIST | START A BOARD
EDUCATIONAL RESOURCES