When Facebook launched its Telecom Infra Project (TIP) in early 2016, open source principles seemed essential to its mission. By encouraging members to pool their expertise, and even forego the royalty payments they would normally expect from intellectual property, Facebook aimed to spur innovation and lower costs in the market for telecom network equipment. (See Facebook TIPs Telcos Towards Open Source Networks.)

Through its Open Compute Project, Facebook had already made an impact on the data center market under an open source banner. Carrying the revolution into telecom would allow operators to build networks in places formerly considered off-limits because of deployment costs. That promised millions of new users for the social networking giant's expanding portfolio of online services.

Yet a number of technology suppliers involved with TIP harbor deep misgivings about open source technology. Those range from the very biggest to the very smallest players. For some, open source is simply incompatible with the need to make money. At worst, it is an existential threat. Others regard open source as an unstoppable force, and are trying to adapt or position themselves accordingly. But even here there is anxiety about its long-term implications.

Journey Into the Unknown 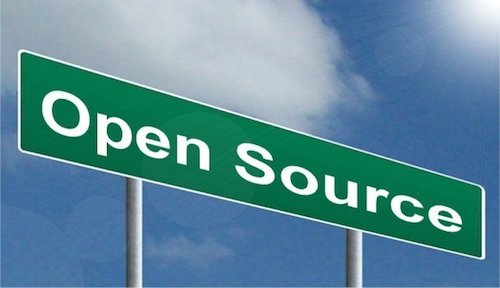 The signposts read open source, but where does the road lead?

The biggest player to have joined TIP, while being consumed with doubt about the open source movement, is Nokia Corp. (NYSE: NOK). "Intellectual property is a key asset for companies like Nokia," explains Hossein Moiin, the Finnish vendor's chief technology officer. "Many initiatives have licensing terms that require you to give that away and those will not work for us." As far as Moiin is concerned, most open source projects have not shown much promise, either. "The only one that has been quite successful is Linux," he says, in a reference to the world-famous operating system for computers.

This means Nokia is participating in TIP very warily, acknowledges Moiin. "Membership is very selective in TIP," he says. "It is made up of many projects and we contribute to some but not all." He also denies there is widespread telco frustration with the modus operandi of the traditional vendors, and thinks TIP's efforts may ultimately prove futile. "Every five to six years someone tries to decompose the telecom stack to save money," he says. "They quickly discover the stack is rapidly commoditizing itself anyway and so they give up."

At the opposite end of the scale, even stronger criticism has come from a startup called Amarisoft, whose software could help service providers to "virtualize" their radio access networks (RANs). During a recent investor conference in Paris, hosted by French telecom incumbent Orange (NYSE: FTE), Amarisoft CEO Franck Spinelli said his company's aversion to open sourcing its technology had encountered "strong resistance" within TIP. "We don't want to let our technology go for nothing," he told his audience. "We want money for that and if you take the approach of open source it has to be free and so there is incompatibility there." (See Facebook Takes TIP in New Direction as Investors Doubt Open Source Payback.)

Next page: Not so open source after all

Joe Stanganelli 2/26/2018 | 10:29:04 PM
Re: Excellent article @varunarora: It's not even all about size. Age and entrenchment (and, to a certain extent, geography) matter too. Older, more entrenched, more "legacy" organizations are so entangled in a complexity of patchworks that it can be prohibitive to take on additional integration projects even with the manpower.

senazuch 2/26/2018 | 11:14:27 AM
Thesis on Social Media I'm now doing research for my dissertation and looking for the best place to buy a dissertation. The topic of my thesis is connected with social networks, usability and the influence of social networks on the teenagers. In your article I found important aspects for my thesis
Reply | Post Message | MESSAGES LIST | START A BOARD

vances 7/20/2017 | 3:04:00 AM
It's a Software World CSP networks are quickly evolving to become software driven with as little as possible running on proprietary hardware. The lines are blurring between OSS/BSS, NMS, MANO, etc.. The scope of service creation now covers all of it. As a result CSPs are necessarily engaged in constant software development as the environment is uniquely theirs.

In this world CSPs rely heavily on software development. Over tme more and more will be done internally but they will always need third party software. Vendor proprietary software becomes less desirable as CSPs weight integration issues and the commercial realities of proprietary licenses. Open source software provides the CSPs with the greatest flexibility both from a development and operations perspective as well as supplier selection changes.

CSPs will always need healthy partners so vendors still need to make money however the advantage should go to the customer. In a software world dominated by open source capital expenses are minimized while operational expenses receive focus and the CSP spend is much more closely aligned with revenue. Established vendors with huge sales funnels with struggle with making the transition to a services ecomony while startups will thrive while we move from a handful of gorillas to a crowd of new innovators.
Reply | Post Message | MESSAGES LIST | START A BOARD

varunarora 7/18/2017 | 9:15:00 PM
Excellent article Open source in the telecom space is a complex beast. This article does a fine job of explaining some of the inherent conflicts.