Open RAN cranked up the hype with RIC, a renamed, real-time SON

Science fiction has been humanizing technology for decades, giving it blokey names to make it seem more neighborly. First there was HAL, the artificial intelligence in 2001: A Space Odyssey that turned out to be a neighborly serial killer. Then we had Marvin, the paranoid android of A Hitchhiker's Guide to the Galaxy. More recent cinematic fare has served up Iron Man's Jarvis. HAL, Marvin, Jarvis – they sound like members of a pub quiz team.

RIC could be the latest addition to this crowd. It comes not from the reels and pages of science fiction but the laboratories of science fact. Rather like HAL and Jarvis (standing respectively for Heuristically programmed ALgorithmic computer and Just A Rather Very Intelligent System), it is a clumsy acronym (Radio access network Intelligent Controller). And it has sent a ripple of excitement through the industry that may quickly fade. RIC, unlike HAL, probably won't disconnect any life support systems. But it won't save the sector, either.

To understand the excitement, it helps to know the context. RIC, if it works out, is intended to supplant the much older SON (self-organizing network) technology that some operators have used to manage their radio access networks. Those are becoming frighteningly complex. Using humans to configure regular changes is far from ideal – that is, assuming an operator wants optimal performance from one hour to the next across the entire system. With SON, the idea is that clever software takes over. 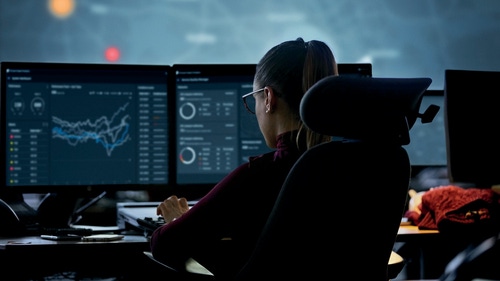 It has come in two flavors: centralized SON (C-SON) and distributed SON (D-SON). The latter tends to be included in the base stations supplied by the likes of Ericsson and Nokia and not bought separately, says James Crawshaw, a principal analyst with Omdia (a sister company to Light Reading). "It has software built in that optimizes base station functionality like beamforming and scheduling and behaves nicely with its neighbors."

C-SON, as the name implies, sits on servers in a more centralized location and looks after multiple radio assets. It works by collecting network information from a vendor feature known as the element management system (EMS), performing calculations on this data and then writing back to the EMS with instructions to change parameters.

SON, however, has not exactly set the world on fire. In fact, until RIC came along, it was something operators barely mentioned. One big problem has been the incompatibility of different vendor systems, a recurrent industry theme. Of the big suppliers, only Nokia has a C-SON that works on rival infrastructure, says Crawshaw, thanks to its takeover in 2015 of EdenNet, a C-SON specialist. Other specialist vendors include P.I. Works (Turkish) and Cellwize (Israeli).

Incompatibility has not been the only shortcoming, though. The entire control loop in a C-SON takes about 15 minutes, which hardly gives operators the "real time" update capability they insist is so important. Given the various drawbacks, many operators that have deployed C-SON technology make little use of it, says Crawshaw. "The market never really took off. It never became a big success because it didn't add enough value to be worth the hassle." Today, the entire vendor market generates only about $300 million in annual revenues, he reckons.

RIC, essentially, is a rebranded SON with the bad bits fixed. It has been coasting in the publicity slipstream generated by open RAN, a fashionable concept largely about eradicating incompatibility between different vendors. Because it piques the interest of network executives, RIC is also perhaps the first opportunity for the open RAN community to claim it is generating value for money. And it comes with a whole new lexicon.

In place of C-SON, there is non-real-time RIC, hosted on servers in a centralized facility. Something called near-real-time RIC replaces the D-SON inside nodes (we'll come to the time difference later). The key difference, for the lovers of openness, is the interoperability the two RICs promise, thanks to interfaces drawn up by the O-RAN Alliance, the group that has taken charge of developing open RAN specifications.

An example came this week with Ericsson's launch of non-real-time RIC technology, branded as the Intelligent Automation Platform (which sounds far more sinister than RIC). "It can operate across multiple vendors, purpose-built networks and open RAN, as well as 4G and 5G," says Santiago Rodriguez, Ericsson's head of strategic products, when asked how non-real-time RIC differed from Ericsson's SON technology.

This means an operator could buy the new Ericsson product and use it to manage a Nokia RAN, something that was previously impossible. The newfound openness also allows third parties to write network-management applications for Ericsson's non-real-time RIC. The industry has christened them rApps. "It is really a driver of innovation," says Rodriguez. "Apps can come from Ericsson, a third-party software provider or a service provider can build them."

To prove it means what it says, Ericsson has already welcomed VIAVI and Infovista as app developers for its non-real-time RIC platform. It is launching three of its own rApps with the Intelligent Automation Platform, too, covering frequency layer management, performance diagnostics and 5G neighbor cell relations.

Openness only goes so far in Ericsson's case, though. As of today, there are no plans to introduce near-real-time RIC, with Rodriguez saying Ericsson is waiting to see how that market develops. Crawshaw detects fear of a competitive threat. "They think the value and the intelligence should sit in the nodes," he says. "They don't want it being sucked out and stuck in a near-real-time RIC that VMware might sell."

But Nokia appears to have no such qualms, having launched near-real-time RIC earlier this year. This gives it bragging rights over its big Nordic rival and, perhaps, an opportunity to build market share if telcos attach greater value to near-real-time than non-real-time RIC. Much of the telco chatter, certainly, has been about xApps – the naming convention for applications that would sit on near-real-time as opposed to non-real-time RIC platforms.

Could xApps realistically bring benefits that rApps cannot? Despite the labels and their implications, the time difference between SON and the two RICs seems far greater than it is between non-real-time and near-real-time. While a C-SON control loop takes about 15 minutes, non-real-time RIC potentially reduces this to just one or two seconds. With near-real-time RIC, it would fall to between 10 milliseconds and a second. "The terminology is somewhat confusing," says Crawshaw.

Describing the time difference between the two RICs as "arbitrary," he says most operators remain unclear on whether apps will be non-real-time, near-real-time or a combination of the two. Crawshaw also points out that all the use cases described by European operators in a recent "Open RAN technical priority document" involve both RICs.

Rodriguez acknowledges that rApps and xApps would "possibly" satisfy different needs. But he downplays demand for the latter. "We are thinking lots of things will be taken care of on the radio network and we are focusing on all the innovation we can create on top." What's doubtful is that innovation in either area will move the needle much for customers.

The value of plumbing

Arnaud Vamparys, the senior vice president of radio networks for France's Orange, is one of numerous telco executives who coos about RIC. Asked what makes it different from SON, he cites the real-time capability and points out that specifications for this were never developed by the 3GPP. Innovation is a word that springs readily to his lips.

Another telco advocate is Neil McRae, the chief architect of BT. He says the real-time automation that RIC delivers would allow him to send base stations to sleep in the middle of the night to save money, rousing them when smartphone addicts tumble out of bed. Network capacity needs could be adjusted dynamically to cope with sports events or concerts.

Much of this was possible with SON, though, and it is still not proven that real-time capability and openness will add much value. Network-management applications are unlikely to excite anyone bar network managers – or, more specifically, the people trying to automate network management. Customers care not if base stations are turned off when they sleep, provided their gadgets work the next morning. "I'm not convinced that the RICs open up any significant new revenue opportunities for telcos, but they can play a useful role in network automation and optimization," says Crawshaw.

As usual with network technologies, the main benefit is likely to be cost reduction, but no one has clearly articulated how much operators could feasibly save by investing in RIC. Ericsson's pitch is that operator costs will rise by 100% to 130% in the next few years if companies do nothing to automate their networks. But that seems to cover everything. RIC is just one element.

RIC will not end telco reliance on a few big equipment vendors, either. If non-real-time RIC can support traditional infrastructure – a claim Ericsson makes for its latest product – operators could just slap it on top and continue as before. Ericsson gets to advertise its open RAN credentials while continuing to make base stations the old, closed way.

Still, Crawshaw thinks operators will probably spend a lot more on RIC than they ever did on SON, which explains why suppliers are queuing up for business. He estimates the size of the market could "easily double" to about $600 million in annual revenues over the next few years. For operators spending $30 billion plus on radio access networks each year, that is pocket change.