Ofcom: UK adults spent 40% of lockdown in front of a screen 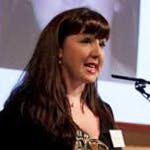 In news that probably doesn't come as a great surprise to many, during the COVID-19 lockdown UK adults spent a staggering 40% of their waking hours watching TV and/or streaming services. 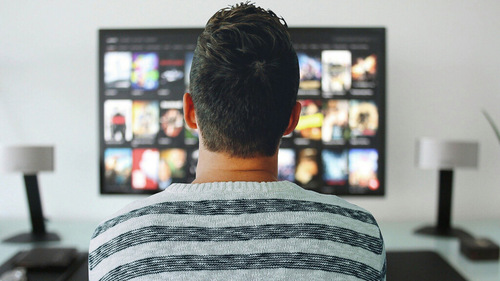 Drug of a nation: While coronavirus raged, most of the great British public were parked on a sofa bingeing box sets.

During April 2020, the average time spent watching audiovisual content increased to around 6 hours 25 minutes per person per day, 1.5 hours more than in 2019.

Most of this was on linear television (3 hours 46 minutes a day watching live, recorded or on demand)  up by 32 minutes on the previous year, mostly due to people watching the news.

As lockdown eased, broadcast TV viewing fell, but was still at 11% by the end of June, exceeding 2019 figures. 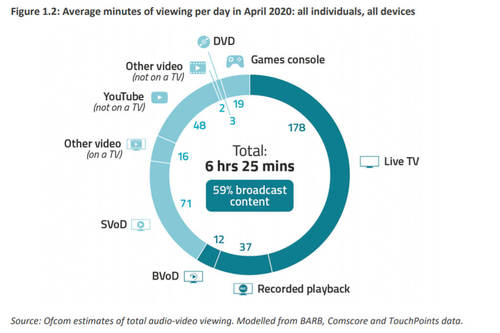 The big winners were streaming services and other non-broadcaster content (including YouTube and video games), which kept its lockdown uplift, up 71% year on year in the last week of June.

An estimated 12 million adults took out a new subscription during lockdown – around 3 million for the first time, including some in older age groups who would more usually stick to linear TV.

It's an ill wind
The coronavirus pandemic appears to have reinforced the importance of public service broadcasters as trusted providers of news and information, the regulator found.

Unfortunately, the boost given as more people tuned in to watch the news was short-lived. By June 2020, combined viewing share had fallen to 54.6%, its lowest level since August 2019.

Disruption in filming schedules and live events mean the lack of soaps and sporting events probably bear some part of the blame.

Pay-TV broadcasters also suffered from the absence of sport, but its return of Premier League football in June 2020, for example, boosted multichannel broadcasters' combined monthly viewing share to 30.3%, up from 27.9% in March.

The big fight
While it's been good news for streaming services, competition has intensified, with Disney+ making the biggest impact.

Before lockdown, 53% of UK households already subscribed to SVoD services, with 15 million homes subscribing to at least one of Netflix, Amazon Prime Video or NOW TV in the first quarter of 2020.

Netflix was subscribed to by 45% of online adults at this time, and Amazon Prime Video by 39%.

The vast majority (95%) of Disney+ subscribers also subscribe to one or both of the two main SVoD services.

YouTube was used by 75% of online adults in the first two months of lockdown, with many using it to listen to music  among all genres of content watched/listened to on the platform, music was the most popular, accessed by a third of all online adults.