The No-Deal Brexit Threat to Huawei

Brexit. Not since the English Civil War has an issue left the island nation so divided. But as enthusiastic Brexiteers dream of a Britain re-energized by its emancipation from Brussels, and depressed Remainers imagine a derelict wasteland and descent into cannibalism, Huawei's UK future could hang in the balance.

The Chinese company has swiftly become vendor non grata in several countries, as governments fret that Chinese spies are active in Huawei's products. Egging those governments on are US Secretary of State Mike Pompeo and other American officials, who also allege that Huawei is guilty of covering up business deals in Iran and stealing technology from T-Mobile US. The dispute is a major engagement in the war between the US and China over the technologies that will shape the next decade, say grizzled onlookers.

The UK is now caught in the crossfire. Two of its four mobile network operators are heavily reliant on Huawei's technology for 5G. But the UK is also a member of the "Five Eyes" partnership, a spying club whose other members are Australia, Canada, New Zealand, and the US. All bar Canada and the UK have partially closed the door on Huawei and ZTE, effectively shutting the Chinese vendors out of their 5G markets.

Determined to keep its foot in the UK door, Huawei is on a charm offensive. And judging by recent news reports, plus discussions with industry sources, the Chinese equipment vendor will probably escape an outright UK ban when government authorities eventually decide on the matter later this year. Far likelier is a prohibition on the use of Huawei in the core, a sensitive area of the network that includes important IT systems. In line with its company policy, BT is already stripping Huawei out of the mobile core networks it acquired when it bought EE in 2016. No other service provider appears to use Huawei in the core.

But this might not go far enough for US allies, and it is not only its Five Eyes membership that could put the UK under pressure.

In just over one month, the country is due to exit the European Union (EU) with or without a parachute. So far, Prime Minister Theresa May has been thwarted in her cack-handed efforts to assemble one, with members of her own Conservative Party, the opposition Labour benches and European politicians all sniping at her as she stands in the hatch. A no-deal Brexit, whereby the UK would crash out of the EU with no trade agreement in place, is a growing possibility.

Whether this would be as damaging as economists say, or even in the UK's long-term interest, has provoked the most vigorous debate the country has known since someone suggested Charles I was a rubbish king. But it holds clear risks for Huawei and its UK customers. In the event of a no-deal Brexit, the UK will be desperate to sign trade agreements with non-European countries, and particularly the US. President Donald Trump has even hinted a no-deal Brexit could be the catalyst for a juicy deal between the UK and the US, Huawei's chief international foe. 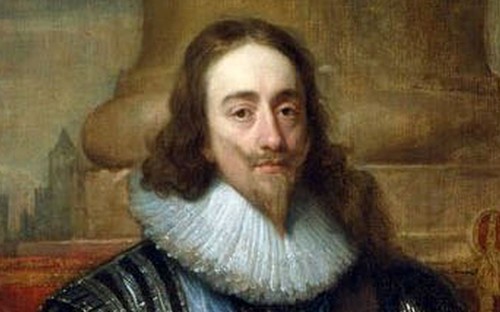 ... but he never had to worry about Huawei.

Pompeo's bullyboy tactics in eastern Europe over the last few days highlight the dangers. On a whistle-stop tour of Hungary, Poland and Slovakia, he warned local governments eager to buy US military equipment of US concerns about Huawei. The message was obvious: Cut out Huawei or face being cut out by the US.

No doubt, as a Five Eyes member and long-standing US ally, the UK will already be under intense pressure to follow Australia and exclude Huawei from the entirety of its 5G market. Nevertheless, should politicians ultimately have to choose between Huawei and a lucrative trade deal with the US, the latter may be hard to resist if no-deal Brexit has blown a hole in the UK economy. Paradoxically, the delays to 5G rollout triggered by a Huawei ban could further imperil the economy, but this would be a much smaller concern while the technology remains unproven.

Not one to gloat about his rival's problems, Ericsson CEO Börje Ekholm has instead warned of a "complicated and changing geopolitical backdrop" in a blog post about his company's 5G credentials. Brexit could turn out to be the latest complication.