Ever since 5G became a thing, the enterprise market has been touted as the big telco opportunity. From campus networks to factory automation, the next-generation mobile technology would satisfy business needs other technologies could not, said proponents. Telcos hungrily eyed a lucrative new market, one that takes them beyond selling mobile services to smartphone customers.

But the enterprise sector may seem to have lost some of its initial appeal. In several countries, regulators plan to reserve valuable spectrum for the enterprise market, depriving the telcos that would normally gobble this up. Mansoor Hanif, the chief technology officer of the UK's Ofcom, says businesses frustrated by slow-moving telcos will be able to build and operate their own 5G networks. Equipment makers could serve enterprises directly, cutting operators out of the picture.

Germany's regulator is the industry's number-one villain right now. Its recent decision to reserve 100MHz of spectrum for local, industrial use was blamed for driving up fees in a recent 5G auction. The outlay will chew into the budget for network rollout, says Deutsche Telekom, and leave customers worse off. With German carmakers keen to build their own factory-based 5G networks, it could also put a dent in future 5G sales.

Factory-based networks are already taking shape in Germany. Last week, Telefónica Deutschland said it was in the process of building a factory-based 5G network for Mercedes-Benz, one of Germany's most prestigious car brands. The 5G system, says a Telefónica spokesperson, will be able to support driverless trolleys delivering vehicle parts to assembly lines, and bring automation to the factory floor. The "automated screwdriver" is one potential breakthrough, says the operator. 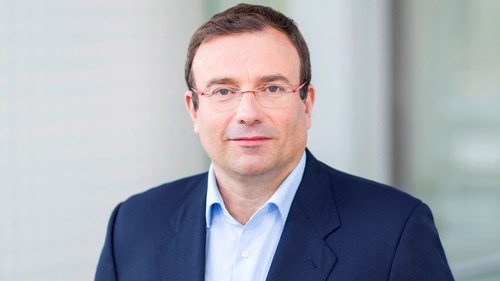 Telefónica's role in this deployment is not in doubt. For one thing, Mercedes-Benz is currently reliant on the operator's 3.6GHz spectrum. Telefónica is also helping to kit out facilities with 5G "small cell" antennas developed by Swedish equipment maker Ericsson. Radio signals are directed to a central distribution system and then processed in the German carmaker's own data center. The whole deployment is currently based on the "non-standalone" version of 5G, which relies on a 4G core network. But when compatible devices become available, it will switch to the full "standalone" variant.

When the network is up and running, however, the need for Telefónica becomes less obvious. If Mercedes-Benz eventually picks up its own mid-band spectrum license, it will not have to rely on Telefónica's airwaves. The press release on the partnership is also emphatic that Telefónica will not operate the factory network. "Once installation and commissioning are completed, the network will be operated by Mercedes-Benz Cars," it says.

What is left for Telefónica, then? In a wordy blog about the deal, Cayetano Carbajo Martín, Telefónica Deutschland's chief technology officer, hints at a consulting and technical support role for his business following installation. "Companies often have no experts in the house," he says. "And that is where we come in as partners: We ensure that the network is deployed and kept up to date on an ongoing basis."

Clash of the telco titans
Telefónica says a confidentiality agreement with Mercedes-Benz prevents it from commenting on the financial details of the project. But a more limited connectivity role would naturally deprive it of some connectivity revenues. Moreover, consulting and technical support are both areas where equipment vendors may expect to have a role.

The possibility of a clash between service providers and vendors over the enterprise market is real. Ericsson, Telefónica's equipment partner on the Mercedes-Benz project, has stopped serving enterprises directly because it is worried about upsetting its main telco clients. "We don't think it is a good idea to compete with customers but much better to find a win-win solution," said Börje Ekholm, Ericsson's CEO, when justifying the strategy at this year's Mobile World Congress. Yet partnerships do not preclude rifts over Mercedes-Benz-like projects, as companies vie for a bigger slice of revenues.

Competition between operators and vendors may seem even likelier when it comes to Huawei and Nokia, major Ericsson rivals that still maintain direct-to-enterprise sales channels. Nokia has sought to minimize concern, pointing out that telco channels remain its priority. "Our preference is to work through service providers and where they have no interest we go direct," said Rajeev Suri, Nokia's CEO, during a recent interview with Light Reading. "We are not for a moment competing with our customers."

The Finnish vendor will need to exercise caution, though. While Telefónica seems comfortable in its ménage à trois with Mercedes-Benz and Ericsson, other telcos have slammed talk of multiple, private 5G networks as a vendor sales pitch. "There are armies of folks from vendors saying you need your own private network because they can sell more hardware," said Ibrahim Gedeon, the chief technology officer of Canada's Telus, during the 5G World tradeshow in London earlier this month. "Why buy stuff you don't need?" 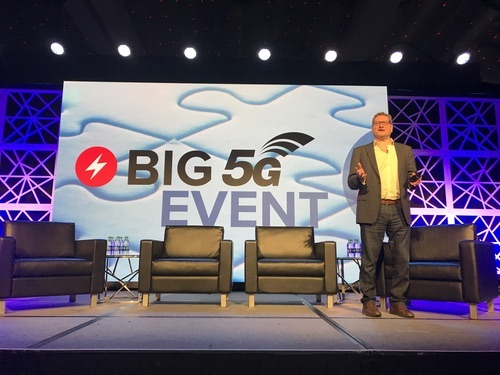 Gedeon and some of his peers would prefer to see enterprise customers take advantage of a technique called "network slicing" to carve a private service out of the telco's 5G network. Network slicing capabilities are due to be standardized next March, when the 3GPP, the main 5G standards group, brings out its "Release 16" update. Enterprises that operate their own networks on their own spectrum may have little need for it, according to Steve Bell, a senior analyst with Heavy Reading, a market research company and sister organization to Light Reading.

Orange's Arnaud Vamparys is just as anxious about the development of private networks based on spectrum licensed to carmakers and other companies. "There is a scarcity of spectrum and if you fragment this you lower the potential of new connectivity," said the French operator's senior vice president of radio networks during a press conference in Paris in April. The latest standards, he said, would allow companies to create services "with a private extension on the complete network."

Spectrum shake-up
But the warnings about spectrum fragmentation have not stopped regulators outside Germany from pressing ahead with similar plans. Nokia's Suri says he is aware of 12 or 13 countries that may reserve spectrum for enterprises. Other prominent examples include Japan and the Netherlands, according to Gabriel Brown, a principal analyst with Heavy Reading. The UK is the latest to unveil what Ofcom's Hanif calls a "revolutionary" approach to spectrum licensing.

Under the UK regulator's proposals, some 390MHz of spectrum between 3.8GHz and 4.2GHz would be set aside for local coverage and campus use. Anyone could apply for a 5G license covering an area of just 50 square meters and develop their own local 5G network. "We want to give low-cost access to local spectrum so that anyone who thinks they need 5G coverage on an industrial campus and feels it isn't served by MNOs [mobile network operators] fast enough should be able to build their own network," said Hanif during a presentation at 5G World.

The scheme risks provoking a backlash from the MNOs, says Heavy Reading's Brown, and raises lots of other questions. "What is the ecosystem going to be around it?" the analyst said in a conversation with Light Reading immediately after Hanif's presentation. "These bands are being allocated and deployed in Japan, so there will be products, but will they be the right kind of products for this ecosystem?" The licensing terms would be another concern for prospective investors, he said.

From Ofcom's perspective, one attraction could be the opportunity to build a small "greenfield" network with a low-cost start-up instead of a traditional kit vendor. Companies involved with the Telecom Infra Project (TIP), a Facebook-led initiative promising support for network start-ups, could benefit accordingly, said Hanif. "There has been skepticism about mobile operators buying from start-ups but now it can be a new ecosystem for TIP and that should incentivize more start-ups to go out and build products," he explained at 5G World.

It is not just start-ups that could benefit. Mavenir, a medium-size business trying to end the rule of Ericsson, Huawei and Nokia in the mobile market, is pushing the kind of open and virtualized technologies that might appeal to a new entrant without old networks to maintain. In this world, a small business could build a local 5G network using off-the-shelf servers and open source code. With a diversity of suppliers, specialist needs could more easily be addressed. John Baker, Mavenir's senior vice president of business development, thinks software applications could even be installed at individual sites. "Our vision is that there will be an app store for base stations," he says. "If Mavenir doesn't perform you could turn it off and change overnight."

This vision is a long way from becoming a reality, and that might never happen. Even with the emergence of more software-based campus and factory networks, operated by local businesses, the traditional telco will almost certainly not become an irrelevance in the 5G enterprise market. But developments outside the operator's immediate control could have a major impact on the role it will eventually play. It may be time to get enterprising.