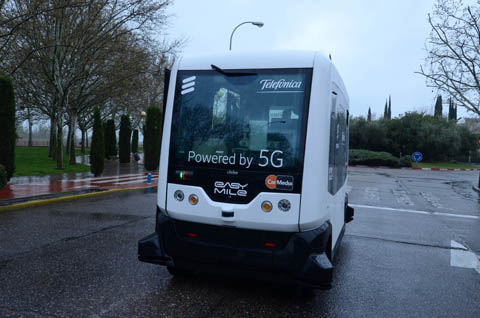 Driven by robots, powered by 5G.

PaulERainford 4/11/2018 | 8:44:19 AM
Re: Robot bus conductor? Yes, you'll need to dig out the correct Bitcoin from the dusty corners of your coat pocket or you'll be out on your ear.
Reply | Post Message | MESSAGES LIST | START A BOARD

[email protected] 4/11/2018 | 8:27:33 AM
Robot bus conductor? Will such driverless buses include a disgruntled robot driver/conductor that drives away just as elderly folks are about to board and demands 'the correct digital change' from those that make it on board??

I mean, there are public transport traditions to be upheld, you know...
Reply | Post Message | MESSAGES LIST | START A BOARD
EDUCATIONAL RESOURCES