During a round of pre-Christmas drinks with a belligerent motoring-and-technology journalist and a marketing executive from a major telecom association, the topic of 5G for self-driving cars came up. 5G will never help cars drive themselves, said the journalist, because (among other things) the cost of providing wide-area coverage with low-latency guarantees will remain prohibitive. Nonsense, said the marketing executive. 5G will certainly figure in the urban self-driving experience, even if that takes another few years. Just in time for 6G, then?

This lively, alcohol-fueled discussion highlighted much of the concern that still surrounds 5G as a breakthrough technology. Its advocates hope it will provide connectivity for all manner of things, from cars to robot surgeons and virtual-reality headsets, becoming a kind of magical, Jedi-like force that binds together the digital cosmos. But the industry is still years away from this vision. By the time it happens (and there is no certainty it will), telecom may be preparing for its next big G.

A Viable 5G Use Case? 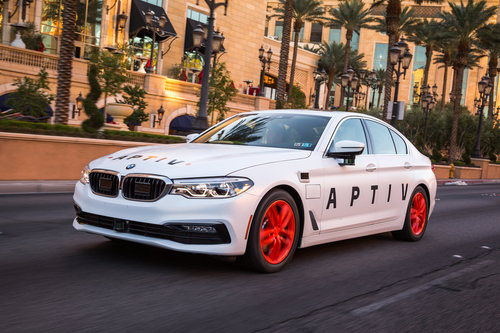 The industry is desperate to see 5G go beyond the consumer gadgetry that accounts for nearly all 4G business. In a saturated smartphone market, and with consumers replacing their devices less frequently, the only hope for growth is to seed 5G elsewhere. But there are two hurdles. First, the standards needed to support 5G outside the normal consumer market are still not ready. And second, the industries that would theoretically take advantage of these standards are still not ready for 5G.

On the standards side, what operators are this year touting as 5G is Release 15 of the 3GPP's specifications. Fast-tracked after the industry was engulfed in a torrent of 5G enthusiasm, this includes a New Radio (capitalized for effect) standard as well as a new core. It promises to support blazing speeds and reduce the signaling delay (or latency) that bedevils today's mobile technology. Yet it remains a mobile broadband technology, unlikely to see much use beyond smartphones, tablets and fixed broadband replacement.

For much else on a grand scale, the world really needs Release 16. This will include support for what the industry calls Ultra-Reliable Low Latency Communication (URLCC, with more important-looking capital letters), guaranteeing latency of just a few milliseconds, compared with the 50 or 60 the UK's Vodafone averages today. Without URLCC, applications such as precision robotics and automated delivery will simply not be feasible, as described in this Light Reading story from November. Release 16 will also come with support for C-V2X, designed specifically to handle vehicle-based communications, according to Maged Zaki, a director of technical marketing for Qualcomm Inc. (Nasdaq: QCOM). (See 2019 Will See Commercial C-V2X Rollouts Throughout the World.)

The first Release 16 standard was supposed to be frozen in December this year, but a three-month delay to the 3GPP's 5G schedule means it will not be ready until March 2020, at the earliest. That is hardly the distant future, though. The lack of clear-cut 5G deployment scenarios is the more pressing issue. Unless there is a flurry of activity in the next 18 months, Release 16 may land on the commercial stage with no one from other industries to applaud it. (See 5G Standard Hits Unexpected 3-Month Delay, Exclusive: Early 5G Network Gear Won't 'Talk' to Device Chipsets and 3GPP NR Spec Delay Will Not Affect Initial 5G Launches.)

Without going into standards detail, Timotheus Höttges, the CEO of Deutsche Telekom AG (NYSE: DT), touched on the dilemma during an October update on the German operator's 5G plans. "We talked to IT experts but not to the product marketing people and this means that we have a cacophony of different requirements and no one knows what the actual need is," he said. To spur activity, Deutsche Telekom is now trying to bring industries such as chemicals, healthcare and car making into the 5G discussion. The goal, said Höttges, is to "define requirements together and implement and execute these in the framework for the infrastructure." (See Deutsche Telekom targets 99% 5G coverage in Germany by 2025.)

He is not the only telco executive to have voiced concern. "We have established the enhanced mobile broadband use case and built a business case to invest in 5G based on that, but I am still waiting for us to concretely land the business cases that truly exploit low latency and massive connectivity," said Howard Watson, the chief technology officer of the UK's BT Group plc (NYSE: BT; London: BTA), during a presentation at Informa's 5G World Summit in June last year. "We need to work to convince our CFOs of the next wave of investment." (See 5G Still More Like Rocket Fuel Than a Mission to Mars.)

France's Orange (NYSE: FTE) has sounded just as rattled. "Operators are waiting for industries to provide them with use cases, industries are waiting for operators to provide them with the enablers and performance they need, and the regulator is trying to figure out the business model before it awards spectrum," said Emmanuel Lugagne Delpon, a senior vice president with the Orange Labs Networks research division, during a conversation with Light Reading at the same 5G event. "Everyone is waiting for everyone."

Somewhat like Deutsche Telekom, Orange has been trying to overcome the inertia by inviting other industries to work with it on 5G development. In partnership with Finland's Nokia Corp. (NYSE: NOK), it has set up a facility in Paris where companies can test new "use cases" for 5G technology. It is also trying to educate other industries about network slicing -- a 5G feature that would essentially reserve a secure "slice" of network capacity for a specific service -- and what this would mean for service level agreements.

daveburstein 1/19/2019 | 6:24:23 PM
Right on target Well done. I have confirming datapoints for most of your ideas. This is one I just found "Autonomous vehicles will be fully capable of operating without C-V2X" Don Butler, Ford

On URLLC & 1 ms latency, have you heard any operator committing to build it in the next six years or so? I haven't.

Gabriel Brown 1/16/2019 | 3:39:42 AM
Re: 5G - Operators need to learn to sell into verticals Good comment pertercf. It's a tough challenge for operators to build teams to support verticals over the long-term --  e.g. how often does the electricty grid operator want a new comms supplier? Vendors, integrators and consultancies with specialist sector knowledge will be essential.

Iain -- headline here is a "bit previous" in my opinion. Considering 2020 was ear-marked as the start of 5G and that a cycle is normally 10+ years, what did you really expect?
Reply | Post Message | MESSAGES LIST | START A BOARD

petercf 1/15/2019 | 12:38:58 PM
5G - Operators need to learn to sell into verticals From work I have done the big stumbling block at the moment is that many, if not most, operators don't understand how to package, sell and deliver a 'service' - just handsets.

That's means MNOs need to re-learn or start from scratch to build a sales-marketing-delivery-billing-support teams, in discrete vertical silos "who understand that vertical including the business models that might work". If MNOs can't do that then they need to engage with Systems Integrators who can, this latter will mean the price goes up and/or the margins won't be as large.

As for 5G and autonomous vehicles, then no autonomous vehicle system will need to be standalone at the core of the vehicle + vehicle to vehicle for collision avoidance. I believe 5G has everything to play with connected vehicles and as a support to the autonomous systems to provide external data when needed.
Reply | Post Message | MESSAGES LIST | START A BOARD
EDUCATIONAL RESOURCES