Just a few days ago, CES 2022 was predicting that it would host "over 2100 exhibiting companies  with more being added every day  and hundreds of thought leaders from around the world" at its upcoming annual event in Las Vegas next month. But the latest COVID-19 variant has some pausing to reconsider whether it's wise to spend a week bouncing between giant casinos and crowds.

In August, CES was among the major tech shows to announce that it would be checking the vaccination status of all attendees. The early indicator that the show would actively work to make attendees safer and more comfortable made it easier for many to commit to going.

Since November, however, the world has been grappling with the spread of a new, more contagious variant of COVID-19 called omicron. The variant has been found in the majority of US states, according to the US Centers for Disease Control and Prevention (CDC), and is spreading more quickly than any other COVID-19 variant to date. "Current vaccines are expected to protect against severe illness, hospitalizations, and deaths due to infection with the Omicron variant," the CDC said on its website. "However, breakthrough infections in people who are fully vaccinated are likely to occur." 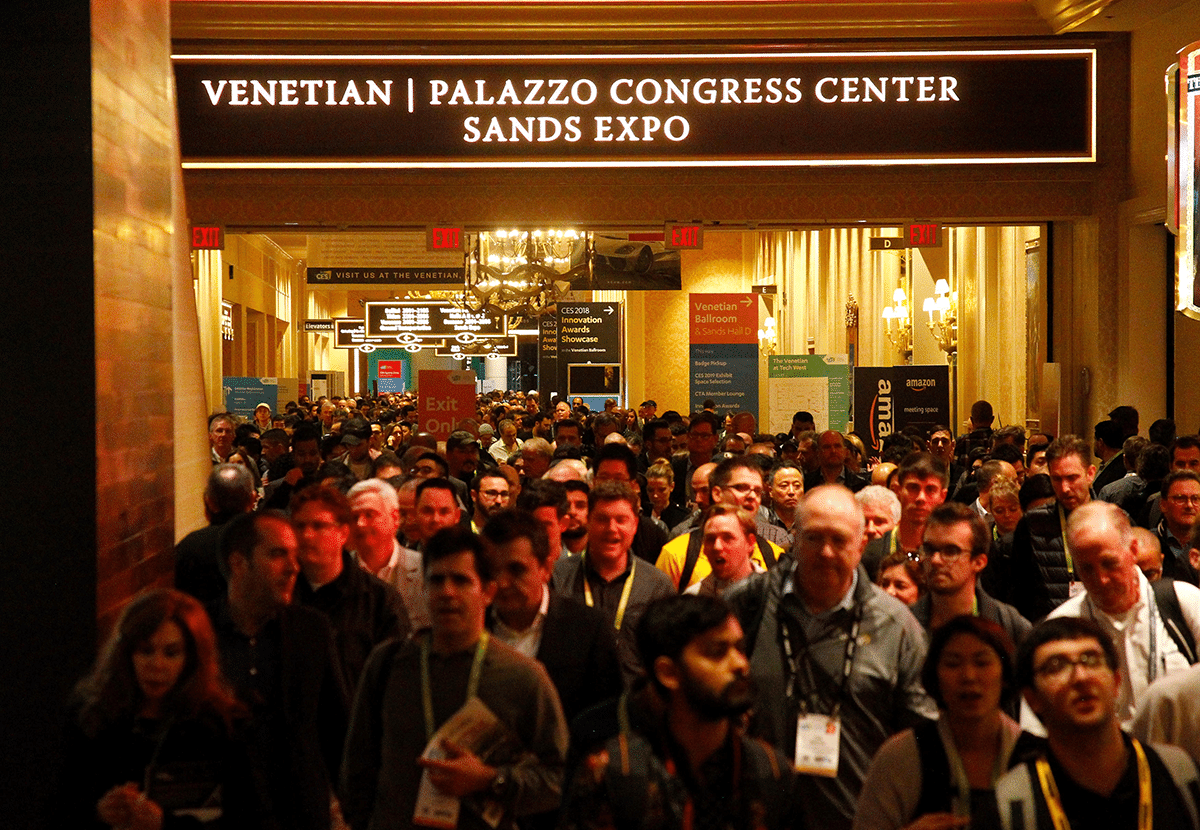 The likelihood of breakthrough infections, at a time when we're still not sure how severe of a threat the omicron variant is to vaccinated people, is a deal-breaker for many who were just getting back into the habit of visiting companies and attending trade shows.

In the last 24 hours, tech-focused media outlets including The Verge, Engadget, TechRadar and Wirecutter have all taken to Twitter to announce they won't be attending CES in person. Ad Age has reported that vendor and event cancellations are starting to flow in: "As of Tuesday, Meta (the Facebook parent company), Twitter, Pinterest and iHeartMedia became the first cancellations at CES," the publication wrote this afternoon.

But the show will go on. Fox5 TV in Las Vegas reported last week that CES organizers had more than 15,000 registrations come in during the last couple of weeks. Around that same time, CES announced it would provide "complimentary COVID-19 rapid tests, onsite at badge pickup locations."

The health protocols and safety precautions listed by CES are numerous and include mask-wearing, testing, vaccination checks and more. The show's staff are updating the info daily and communicating with registered attendees frequently to make sure folks feel calm and safe.

Once at CES, attendees likely won't be able to avoid the COVID-19 chatter as one of the biggest topics will be health technology. The show announced this week that more than 100 health companies will be exhibiting in the Las Vegas Convention Center's north hall. Companies including 3M, Abbott, AT&T Business, Colgate-Palmolive and Philips will be showing ways that technology can be used to report on and treat diseases, like using remote patient diagnostics, wearables and telehealth services.

Like what we have to say? Click here to sign up to our daily newsletter
COMMENTS
Newest First | Oldest First | Threaded View
Add Comment
Be the first to post a comment regarding this story.
EDUCATIONAL RESOURCES
sponsor supplied content
eBook: Monetize the Enterprise - 6 Ways to Capture the B2B Opportunity
eBook: The 3 Key Digital Mediation Challenges - And How to Solve Them
Case Study: APAC CSP Boosts Efficiency of Enterprise Operations with CSG
Private 5G Networks and Testing
Which Path to Convergence Is Right for You?
Data Center Top Tips: 10 Issues That Can't Wait
DDoS Trends Report
The Challenge of 5G Security
Building the 5G experience
Grow Your Revenues With Innovative Customer Engagements and Business Models
Educational Resources Archive
More Blogs from The Philter
Comcast pitches smart solutions for clever cities