Intel pledges 80B for Europe in fight back against TSMC

Once a colossus in chipmaking, Europe is now a toppled statue. Go back to 1990 and its share of the global market for semiconductors equalled 44%, reckons Pat Gelsinger, Intel's newish boss. Today, the region accounts for just 9% of production, he told an automotive show in Munich this week. "You're on the verge of losing control of one of the most important technologies for the economy, for the national security of Europe as well," he warned.

In the age of globalization, production has shifted to lower-cost labor markets in Asia, leaving Europe and the US to concentrate on design. This suited economies when the US was on friendlier terms with China and nobody thought about pandemics. Nowadays, Western policymakers seem to agree with Gelsinger's assessment. European Union authorities, accordingly, want to double Europe's share of semiconductor production by 2030. 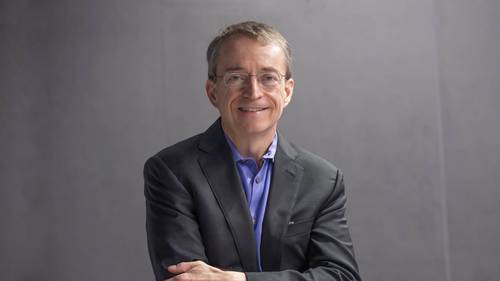 Intel CEO Pat Gelsinger is on a mission to restore its competitiveness.

But that target is probably unachievable without the aid of Asian and American chipmaking giants. Wooed by European officialdom, Taiwan's TSMC, the leader in the market for advanced chips, is reportedly eyeing Germany as the location for its first European semiconductor factory (or fab). Now Intel is showing its hand.

Speaking in Germany this week, Gelsinger said he was prepared to invest 80 billion (US$94.6 billion) in eight European fabs over the next decade. This would, he said, create "a center for R&D that brings together Europe to reverse this terrible decline and create a more globally balanced supply chain."

The investment proposal is part of a strategic overhaul by Gelsinger. Under previous management, Intel stood accused of falling behind rivals such as TSMC and South Korea's Samsung on chipmaking capability. Gelsinger, who took charge in February (having previously led VMware), is determined to restore its reputation. He also sees an opportunity to compete directly against TSMC and Samsung as a foundry, making chips for other designers. Intel Foundry Services, the establishment of which represents Gelsinger's boldest move, is already plowing funds into new American facilities.

The timing and circumstances look ideal. Trade wars, the COVID-19 pandemic and soaring demand for electronics have led to a shortage of vital chips needed in the telecom, automotive, IT and various other sectors. Just last week, Ciena, an optical equipment maker, warned investors that a components crunch could last well into next year and wipe tens of millions off company revenues. Everyone seems to be gagging for the additional supplies that investment in chip factories should bring.

The courting of Intel by European countries would seemingly appeal to some industry bigwigs and semiconductor experts. Heavily reliant on Taiwan's TSMC, Ericsson CEO Börje Ekholm thinks a partnership between Europe and Intel is preferable to investment in homegrown European chipmakers.

"Who is going to pay $40 billion to $50 billion a year to create a foundry that is equivalent to TSMC for Europe?" said Earl Lum of EJL Wireless Research, recognizing the investment challenge, when previously interviewed by Light Reading. Andy Sellars, who advises the UK government on semiconductor strategy, has said inviting Intel to build a foundry in the UK would be a "great idea."

But there is doubt Intel's foundry plans will succeed and that it can realistically overtake TSMC. As a foundry, Intel would have an obvious conflict of interest that TSMC does not face  selling to chip designers against which it also competes. It has no expertise in this market and its rivals are not slumbering. TSMC, notably, has plans to invest about $30 billion annually, compared with the $20 billion budgeted by Intel, according to reports.

One analyst concern is about Intel's access to the extreme ultraviolet (EUV) lithography tools that are needed for advanced chipmaking. ASML, a Dutch firm little known outside industry circles, is reckoned to have a stranglehold on the manufacture of EUV equipment at a time when chipmakers are under pressure to boost production. CJ Muse, an analyst at Evercore, expressed concern during a July webcast with Gelsinger about Intel "falling behind the learning curve" on EUV and finding itself in a long queue for products. "It sounds like you are not able to get meaningful slots until 2023," he told Gelsinger.

Intel's boss has acknowledged the "deepening relationship we have with ASML" is key to catching up with competitors. This, he hopes, will propel Intel into a leadership position around 2025 in "high-NA," the next generation of EUV technology. ASML's sharp increase in capital expenditure  just 574 million ($678 million) in 2018 but expected to hit 1.5 billion ($1.8 billion) this year  is partly attributed to its heavy investment in high-NA. But that technology is one Intel's rivals will also crave.

Telecom firms reliant on advanced chips would clearly benefit if they had options apart from Asian suppliers. "As soon as you put computing functions into the radio, you need to be on the latest process node or you are going to have a very big and bulky radio," said Michael Begley, Ericsson's head of product line RAN compute, earlier this year. China's claims on Taiwan make TSMC a risky source of supply, and Samsung is the only alternative for cutting-edge components. If it can succeed on the technology side, Intel is unlikely to be short of orders.