Cisco and Microsoft are prepared to announce a "major" deal Wednesday morning, according to an impeccable source. The agreement involves Microsoft Azure Cloud and Cisco switches. But the information we have leaves us confused and with a lot of questions.

Our friend swore us to secrecy until 5 a.m. PDT on Wednesday, when Cisco is scheduled to post a blog by David Goeckeler, the company's senior vice president and general manager of the networking and security business. The blog talks about Cisco working with web-scale companies (like Microsoft) on their particular data center needs. Here's the meat of the post:

NX-OS is Cisco's own operating system for Nexus 9000 switches. SAI is a standardized software layer that allows networking vendors (like Cisco) to use custom hardware with APIs to run standardized software on top. A Microsoft spokesman pointed us to a March blog post. "This approach enables operators to take advantage of the rapid innovation in silicon, CPU, power, port density, optics, and speed, while preserving their investment in one unified software solution across multiple platforms," according to the blog post. 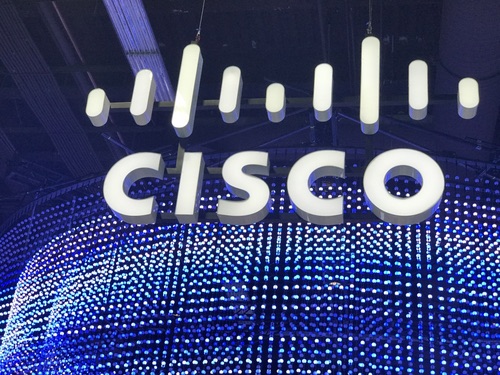 Our best guess: Microsoft is deploying Cisco Nexus switches in Azure data centers. We've got some other guesses, but we'll hold off on sharing them. The news is scheduled to bust open simultaneous with the time this article publishes, and hopefully we'll have the whole story soon.

UPDATE 6/29/2017: Cisco & Microsoft Are Collaborating: Arista Should Be Worried

If Microsoft is doing a big deal with Cisco, it'll be a black eye for Arista, which counts Microsoft as a marquee customer -- Arista's largest customer at one time. And Arista is a company that Cisco particularly hates; Cisco is suing Arista for claims of intellectual property violations. (See Arista Passes $1B in Sales.

It's a big week for Cisco, which is hosting its annual Cisco Live customer conference in Las Vegas, following the launch last week of the company's "network intuitive" initiative -- a bid to take control of enterprise and service provider networks by providing automated simplicity, securing against attacks and managing the proliferation of Internet of Things devices. (See Cisco Makes 'Intuitive' Bet to Reconquer Networks.)

kq4ym 7/6/2017 | 11:34:27 AM
Re: Surprised Yes the partnerships they enter into may play some crucial roles as they compete against Google and the other cloud players in trying to develop relationships to bring in those major customers to raise their bottom line over the next few years.
Reply | Post Message | MESSAGES LIST | START A BOARD

Joe Stanganelli 7/2/2017 | 12:35:30 AM
Re: Surprised @daniel: Indeed, we could see Cisco become Microsoft's new IBM -- which only makes sense, considering how enterprise technology has evolved.
Reply | Post Message | MESSAGES LIST | START A BOARD

JohnMason 6/29/2017 | 3:31:43 AM
Re: Surprised I would be surprised if Cicso was getting enough sleep, considering its new friends.
Reply | Post Message | MESSAGES LIST | START A BOARD

It's easy to see when Microsoft makes these kinds of partnerships that it is trying to cirlce the wagons. The company's deal with Box is great recent example.
Reply | Post Message | MESSAGES LIST | START A BOARD
EDUCATIONAL RESOURCES