Twitter COO Anthony Noto, a former Goldman Sachs banker, is the real top dog at Twitter, and he plans to turn the company around with a risky plan to focus on live video, including sports, financial news and political debates, according to a report.

With founder and CEO Jack Dorsey splitting his time between Twitter Inc. and the other company he co-founded, Square, the ex-Goldman backer is the "de facto day-to-day leader as Twitter attempts to fix its ailing business," writes Julie Bort on Business Insider.

Noto wants Twitter to deliver 24x7 live video, to become the places where people watch breaking news and discuss it, rather than Twitter being a competitor to Facebook.

"If Noto's strategy ultimately succeeds, he will have led one of the greatest Silicon Valley comeback stories of all time," Bort says.

And that's understating the matter. 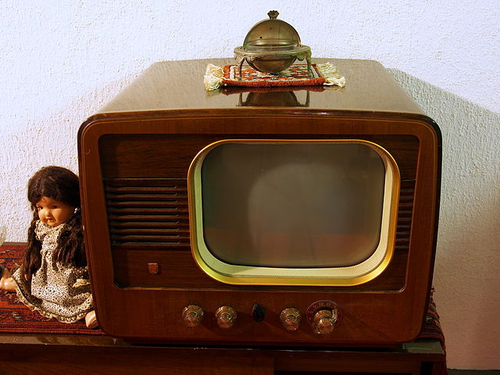 And the previous quarter was dismal too. (See RIP Twitter. It's Walking Dead.)

Bort describes Noto as a "wartime CEO" and former Army Ranger with a driven work ethic. He commuted between New York and San Francisco for a year, catching the late Friday flight home to be with his family in New York every Friday night, and taking the six-hour red-eye back on Monday morning, often beating then-CEO Dick Costolo to work.

If Noto succeeds, the results will be staggering.

Live video could be a step in the direction of Twitter discovering it isn't just a social network, or messaging platform, or video platform -- it's all those things, and more. It's a real-time cloud communications platform, and could be used for a wide variety of services requiring zero latency and simultaneous information delivery, including Internet of Things and virtual reality. (See Twitter's the Next Hypercloud Star (No Joke).)

But Twitter needs to walk before it runs -- before the bird flies, you might say. It needs to show it's growing its user base and revenue. And live streaming video is a great way to deliver those results.

Michelle 8/22/2017 | 9:22:33 PM
Re: video After the Eclipse this week, video on Twitter makes more sense. I can see how it might work for breaking news or updates.
Reply | Post Message | MESSAGES LIST | START A BOARD

kq4ym 8/22/2017 | 3:21:22 PM
Re: video Sports seems to be a mass market deal that could possibly bring some interest to Twitter with some live video, but at what cost would that be possible competing with other outlets? To "become the places where people watch breaking news and discuss it," might be a very simplified goal to turn things around at Twitter I would guess.
Reply | Post Message | MESSAGES LIST | START A BOARD

Ariella 8/6/2017 | 5:41:34 PM
Re: video @Michelle She's also on Instagram, largely because she likes sharing photos she takes. She makes it sound like she wouldn't be caught dead on FB, though.
Reply | Post Message | MESSAGES LIST | START A BOARD

Michelle 8/6/2017 | 3:02:45 PM
Re: video @Ariella that's really interesting. I only hear about intagram and snapchat from my kids. They say other kids are always sharing things on these channels. I never hear about FB at all...
Reply | Post Message | MESSAGES LIST | START A BOARD

Ariella 8/6/2017 | 9:45:26 AM
Re: video @Michelle My understanding is that teens are on, too. My daughter who declares FB to be "for 40 year-olds" has been on Twitter for a few years. It's also expected for the high school and college interns for YUniversity to have a Twitter handle. They obviously expect their target audience to be on the platform.
Reply | Post Message | MESSAGES LIST | START A BOARD

Ariella 8/4/2017 | 5:31:24 PM
video When everyoen else is doing it, it's no surprise that Twitter would also want to jump on the bandwagon. Now I have been noticing some video playing once in a while, though I don't get much sense of personalization there. It has brought up sports in the past. A check of what's on now shows live video from Bloomberg Technology with headline news.
Reply | Post Message | MESSAGES LIST | START A BOARD
EDUCATIONAL RESOURCES