Blockchain to Blow Up Startup Investing

A couple of Silicon Valley money men have outlined a vision for using blockchain to disrupt startup investments in the same way that companies like Uber and Airbnb are shaking up the travel and hospitality industries.

How big a disruption? Startups might get to liquidity a thousand times faster, with access to a buyer base that's more than a hundred times bigger than the traditional means for technology funding -- "like a Kickstarter on steroids," write Balaji S. Srinivasan and Naval Ravikant in a post on Medium Saturday: Thoughts on Tokens.

Srinivasan is a board partner at influential Silicon Valley investors Andreessen Horowitz, and CEO of 21.co, which provides a service where members charge for people to send messages to them. Ravikant is co-founder and CEO of AngelList, a jobs site for startups.

The Medium post is long and goes into a lot of detail, some of which is dense. Here's the good parts version:

The new investment model relies on blockchain, the technology underling Bitcoin. Blockchain is a kind of ledger -- a record of transactions -- that runs on distributed, decentralized networks of computers, analogous to the way the web, email, and other network applications run on the Internet.

Blockchain trades software objects called "tokens." A token is "a digital asset that can be transferred (not simply copied) between two parties over the internet without requiring the consent of any other party," the Medium post says. Bitcoin is the original token, but a token can be anything -- for example, it can be a digital certificate attesting title in physical, real-world property.

"Because tokens have a price, they can be issued and sold en development, similar to the way startups have used Kickstarter to masse at the inception of a new protocol to fund its fund product development," the paper says. 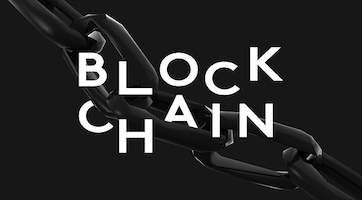 Image by Davidstankiewicz (Own work) [CC BY-SA 4.0], via Wikimedia Commons

Note that the authors don't explain their use of the word "protocol" here. Googling didn't help. I have a query in to the authors, but haven't received a response. From context, they seem to be using "protocol" to mean "project."

Why is this a big deal? "Tokens can be bought by any American," the article says. Equities can only be sold in the US to "accredited investors," the 3% of adults with greater than $1 million in net worth, but tokens could be sold to all Americans -- so long as they don't behave like securities, where token holders get corporate dividends, voting rights, and "the company's total ownership stock may be denominated in those tokens."

Similarly, tokens can be sold internationally, for a 20-25-fold increase in the number of buyers, the post says.

The authors weren't available to clarify how these tokens would not be securities, but from context, it appears that the tokens themselves need to have utilitarian value, such as providing API access to an application. But could they also provide financial return, like securities do? The article doesn't say, but this is apparently a regulatory issue rather than a technological one -- in other words, blockchain tokens could easily provide financial return if it's legal.

Not only would token-funded projects have access to a bigger pool of supporters, those supporters could get return on their investment faster. While an equity can take years to become liquid in an exit, a token owner can theoretically sell in minutes -- a thousandfold increase in time to liquidity, the paper says.

Tokens can enable a better-than-free alternative to the business model offered by Google and Facebook, the post states.

Large technology companies like Google and Facebook offer extremely valuable free products. Despite this, they have sometimes come under fire for making billions of dollars while early adopters only receive the free service.

Under the better-than-free model, "users make money for being early adopters," the post says.

For enterprises, this means an explosion of new technology infrastructure companies, that disrupted IT the way cloud providers did. The explosion of new capital could lead to an explosion in innovation. Enterprises would find it easier to invest in vendors that provide promising technologies, becoming partners rather than mere customers.

And enterprises could find themselves disrupted by technology companies as well, as Amazon disrupted retail, Airbnb disrupted hospitality, and Uber disrupted taxis and limousines.

Blockchain evangelists say that the technology's disruption will be as great as the Internet itself; indeed, it's become a cliche to say that blockchain is the new Internet.

But writer Jon Evans on Techcrunch says blockchain is more like Linux -- hugely disruptive, but as behind-the-scenes infrastructure rather than something most people will use directly.

"Please note: this is not a dismissive analogy, or one which in any way understates the potential eventual importance of the technology!" Evans says. Linux is the kernel underlying Android phones, of which there are two billion, and Linux is also a mainstay of cloud servers, he notes.

"Most of modern computing is arguably Linux-to-Linux," Evans says, adding: "It's very easy to imagine a similar future for blockchains and cryptocurrencies." He quotes a friend named Shannon: "It [blockchain tech] definitely seems like it has a Linux-like adoption arc ahead of it: There's going to be a bunch of doomed attempts to make it a commercially viable consumer product while it gains dominance in vital behind-the-scenes applications."

JessicaFuller 11/8/2019 | 6:54:36 AM
Is Protect Investor? I don't think it realy protect investor. Don't what happen next int the past. Just wait and watch. What about free bitcoin mining? What are the rules for them. Hope will get clear idea soon.
Reply | Post Message | MESSAGES LIST | START A BOARD

kq4ym 6/8/2017 | 9:19:32 AM
Re: Lower costs I'm a bit skeptical about this token idea. Once regulators get hold of what's going on and if it seems to be taking an end run around current rules, you can be sure it's going to quickly be subject to new rules to protect investors and keep some semblance of accountability so as to prevent fraud and abuses.
Reply | Post Message | MESSAGES LIST | START A BOARD

JohnMason 6/6/2017 | 4:33:50 PM
Re: Lower costs Not sure what the regulators will do. Will have to wait and see. There have been exceptions in the past (though under "special" circumstances).
Reply | Post Message | MESSAGES LIST | START A BOARD

Mitch Wagner 6/6/2017 | 2:23:01 PM
Re: Lower costs JohnMason - I'm starting to become skeptical about this -- that Initial Coin Offerings in their current incarnatin are simply a lot of handwaving to distract regulators from seeing that they're legally no different from any other form of investing.
Reply | Post Message | MESSAGES LIST | START A BOARD

JohnMason 5/31/2017 | 11:16:47 AM
Lower costs The transaction costs should be so much lower--I can see why this is such an attractive model for startup investing. Hopefully, it will not be encumbered by unnecessarily onerous regulatory and governmental expenses. I wonder if it will help start ancillary industries such as research and analysis of the new "investments" represented by blockchain.
Reply | Post Message | MESSAGES LIST | START A BOARD
EDUCATIONAL RESOURCES
sponsor supplied content
IDC Whitepaper: Key Considerations When Operationalizing Artificial Intelligence Strategy
Design Guide: best-in-class hybrid IT infrastructure with AWS Outposts
Blueprint: optimize data exchange with AWS Outposts
Ericssons Cloud RAN e-book: A comprehensive guide to adopting, deploying, and scaling virtualized 5G in your networks
The Four Key Components of Cloud RAN
How to get the most out of 5G mid-band in Cloud RAN
QCT Introduces New Innovative Family of Edge Servers for the Telco Marketplace.
TOOL - Interactive Experience: Learn how to Evolve your Architecture and Monetize Next Generation Metro and Edge Networks
Whitepaper  Achieving IP/Optical Convergence: Building from Existing Networks
Executive Guide  Enabling Next-Generation Metro and Edge Networks for Communications Service Providers
Educational Resources Archive
More Blogs from Wagners Ring
Podcast: Don't Call Us an SD-WAN Provider  Cato Networks