Microsoft Doubles Down on Open Source, Analytics for Developers

Microsoft's embrace of open source software is about to get a lot bigger as the company is rolling out several new tools and services designed to help developers create applications designed for the cloud, as well as highly specialized apps for artificial intelligence and the Internet of Things.

At its Connect developer show in New York City this week, Microsoft's Scott Guthrie, the executive vice president of the company's Cloud and Enterprise Group, detailed a series of developer tools designed to take advantage of the cloud, as well as computing on the edge of the network. (See Microsoft Azure Stack, SQL Server 2017 Emphasize Hybrid Cloud.)

Redmond is also looking to offer more data analytics tools to help measure the performance of these applications as they relate to the enterprise.

"We live in an interconnected world today, where applications and solutions are built to take advantage of intelligent edge devices, such as smartphones, IoT devices and client computers, and where the apps that we are building are running increasingly on top of intelligence clouds," Guthrie noted during the November 15 keynote. "It's really never been a better time to be a developer." 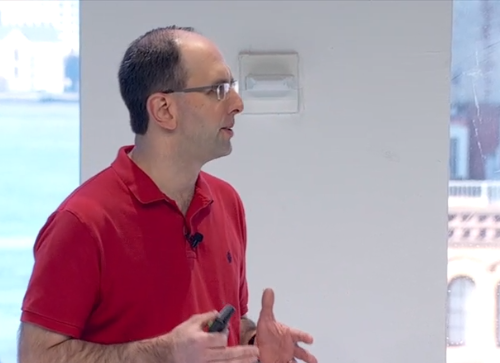 The most significant announcement from Connect this week is the preview of Azure Databricks, which Microsoft Corp. (Nasdaq: MSFT) built with assistance from some of the founders of Apache Spark, the open source framework for analyzing data sets across clustered environments. These are also some of the same engineers behind Databricks.

The preview combines the Databricks big data analytics product with Microsoft's Azure public cloud, as well as integration with other tools, including SQL Data Warehouse, Azure Storage, Azure Cosmos DB and Power BI. This will allow customers to spin up their analytics platforms with a single click, while providing scaling and better workflow.

"It gives you an incredibly powerful way to integrate Spark deeply across your apps and to drive richer intelligence from it," Guthrie noted.

Additionally, users will have access to the Databricks notebook feature for helping to build models, as well as monitoring the application development. By using Azure, Microsoft also added an extra layer of security for the data that is being analyzed.

On Wednesday, Microsoft announced that it would start a preview of what it calls Azure Cosmos DB with Apache Cassandra API. Essentially, it delivers Cassandra as-a-service, along with SDKs and other tools, through the Azure Cosmos DB. Redmond also announced multi-region support for Azure Cosmos DB, bringing the database and its capabilities closer to the applications it serves.

In keeping with the open source theme, Microsoft also announced that it would join the MariaDB Foundation to help develop that database. The company is also offering a preview of Azure Database for MariaDB, which provides managed services for the database. 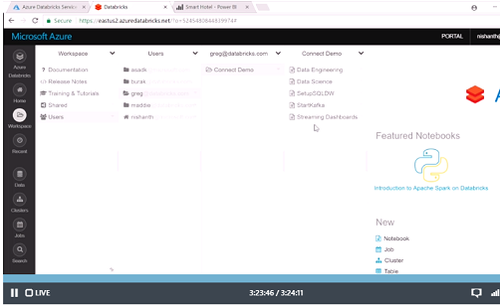 The third significant announcement is the public preview of Azure IoT Edge, which allows developers to deploy intelligence directly into connected devices through containers in the cloud. Microsoft had first detailed Azure IoT Edge at its Build show, but this is the first public preview, and it now integrates with Azure Machine Learning, Azure Functions and Azure Stream Analytics. To make it available to a wide array of developers, Azure IoT Edge can also work with container-based workloads that use C, Java, .NET, Node.js and Python.

Some other significant developer tools include:

A complete list and additional details of all of the Connected announcements can be found on the Microsoft website.

[email protected] 11/17/2017 | 1:10:40 PM
Re: Open Source, Open Source, Open Source... (sung to the tune of Developers, Developers, Developers) It's part of rolling with an industry that has changed dramatically since Microsoft was king of all things software for business. The rules of engagement are different today, and they will be different going forward. Survival is dependent on these types of changes in strategy.
Reply | Post Message | MESSAGES LIST | START A BOARD

Supporting open source and simultaneously striking at the heart of Oracle. That's the way Microsoft rolls.