Building on its significant work within two major open source projects -- Open CORD and the Open Compute Project -- Radisys is now signaling its intent to be the major systems integration partner for telco data center infrastructure.

Along with a series of product announcements made last week and today's announcement of the first CORD Multi-Access demonstration at Mobile World Congress Americas this week, Radisys is unveiling a new corporate marketing message that CEO Brian Bronson says is more in line with the company's strategy over the last couple of years. (See Radisys Touts Open Architecture Business Model.)

"This is not a strategic change," he stresses in an interview with Light Reading. "We are changing the way we are talking about ourselves, and thus the slash around 'Open Radisys' in the various product capability announcements. That is important, because the closer we get to trial and commercial productions with some of our customers, we felt it was appropriate to synch corporate messaging with what's real and what is being perceived by our customer set."

Bronson traces Radisys' move into systems integration to its initial designation as a major systems integrator for Central Office Re-Architected as a Data Center (CORD). The same month -- March of 2016 -- the company joined the Open Compute Project and it has racked up a significant set of accomplishments since then, including:

All of this is a studied move away from depending on point products -- which Radisys still makes -- and toward becoming what Bronson calls "the Red Hat of telco infrastructure."

"We open sourced our EPC, we open sourced our RAN, we just got approval that our submission is the telco defacto standard for OCP, so the CG-OpenRack-19 is our DCEngine product," he says. "At every turn, we're showing our customers we are different. We do have our own products and capabilities but it is really the integration capabilities that we are highlighting moving forward, like CORD. And that is where we're at." 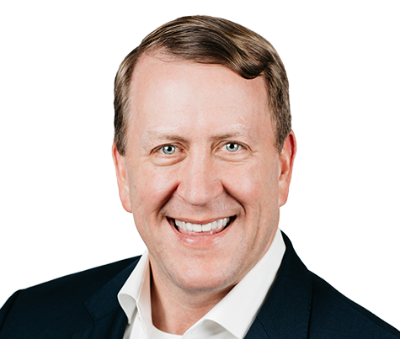 Bronson isn't shy about admitting Radisys is taking on much bigger players in this new role, challenging the traditional telecom equipment makers by its willingness to work with any set of products, including its competitors, as part of its system integrator role. The company's initial success with Verizon was based largely on the fact it could deliver what existing server suppliers couldn't, he says.

"The original instantiations of DCEngine, which were called TOCP or telecom Open Compute Platform, were put together originally to address telecom when everyone was addressing normal enterprise," Bronson recalls. "We got engaged with Verizon, they embraced TOCP and DCEngine and bought $100 million of our gear."

That led Radisys to formally make DCEngine more of "the DevOps sandbox that it is today with rack-level software and the ability to be twice as dense as traditional racks, and save 30% to 40% on TCO," he claims. Multiple functions such as other vendors' session border controllers or other EPCs can be ported onto the platform as software.

"They're all getting pressure to innovate and leverage open technologies -- but they don't all have the resources to execute on it in the same way that a Tier One carrier like AT&T can," he says in an email. "They'll need help. And, let's not forget that the concept of telco data center includes a whole lot of specialized, virtualized functions that even extend out into the access layer. That makes it an extra tough nut to crack for lots of carriers."

Jarich also credits Radisys with having the expertise needed to pull this off, given their work and experience to date. Scaling the integration work and combining it with their own products -- also at scale -- may prove challenging, he says. And it's not yet clear that major telecom equipment vendors won't be targeting this same space.

Track the heartbeat of the virtualization movement with Light Reading at the NFV & Carrier SDN event in Denver. There's still time to register for this exclusive opportunity to learn from and network with industry experts – communications service providers get in free!

Bronson points to the fact Radisys is already working with a number of very large, as yet unannounced operators, in addition to Verizon, and holding its own. In fact, he says, the reason for the new marketing push is that the company needs to grow its reputation beyond the big pioneers of virtualization and edge computing into the broader market.

"There are another 300-plus operators don't know about us playing the integrator role -- they do know aspects around our point solutions," he says. "It was time for us to go out more broadly to talk about the fact there is nobody else in the marketplace that can be the systems integrator."

The market in which Radisys will play goes by a lot of different names, including edge computing, but it all comes down to the fact telcos need to push compute, storage and analytics closer to the edge of their networks to support a wide variety of new services including the Internet of Things, 5G and content services. This is a market that is new and growing -- and that gives Radisys the opportunity to grab market share, Bronson says.

At MWC Americas this week, Radisys is showing off what it calls the industry's first Multi-Access CORD proof-of-concept combining wireless and wireline access infrastructure. That's the direction network operators are pushing, but Bronson concedes the current version is "a bit rudimentary." (See Unknown Document 736115.)

"There is an ecosystem we are going to have to come together to embrace all our technologies and hopefully deploy this one box," he comments. "It's real. The technology is there to make it happen, it is really going to be more about operators' willingness to disrupt their topology."

This comes on the heels of two product announcements last week: one is the evolution of the Radisys CellEngine product line into what is now called MobilityEngine, and includes a portfolio of disaggregated RAN software options and services for the LTE to 5G transition; the other is next-generation hardware for the DCEngine, which is based on its OCP-accepted CG-OpenRack-19 specification. (See Radisys Launches MobilityEngine RAN Software and {736112}.)