Is Huawei's Cloud Goal a Case of Castles in the Air?

Two years ago, with typical fanfare at its annual analyst conference in Shenzhen, Huawei introduced an entirely new, fourth business unit that would challenge web giants like Amazon and Google in the market for public cloud services. But a search through Huawei's recently published annual report for 2018 turns up not a single reference to this cloud business unit in discussion of financial results.

Instead, public cloud sales have been lumped into revenues at the enterprise unit, according to a Huawei spokesperson, obscuring their contribution to headline sales. That enterprise unit has been a high-flying part of Huawei, with sales up 24% last year, to about 74.4 billion Chinese yuan ($11.1 billion). But it had been a RMB41 billion ($6.1 billion) business in 2016, well before Huawei announced its public cloud plans, and grew 47% that year.

If the public cloud unit accounted for all the additional revenues -- which is almost certainly not the case -- it would generate about $5 billion annually. That is roughly a fifth the amount that Amazon makes in this market each year, and less than Deutsche Telekom, Telefónica or Orange reports in enterprise sales. Yet burying the results in those of a separate unit will only arouse suspicion Huawei is trying to hide an underwhelming performance. Observers may be wondering if the engine of growth has turned out to be a faulty wheel. 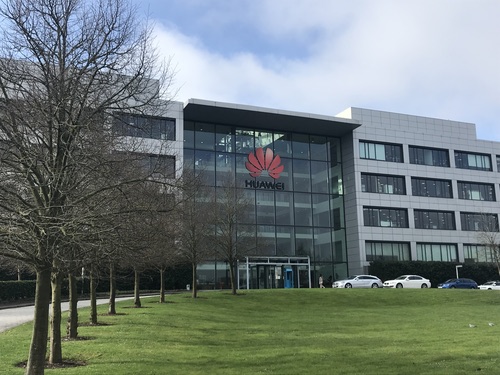 Thanks to the overall growth in enterprise sales, and a surge at the smartphone-producing consumer unit, Huawei was able to report a strong set of headline figures. And the world's attention is currently focused on a US-led campaign against the Chinese equipment giant, whose opponents say it threatens security, rips off intellectual property and violates trade sanctions. The cloud business is perhaps easily overlooked.

But Huawei's opportunity to repeat its carrier and consumer successes in the market for public cloud services has never looked great. In a market where size matters, Huawei may already have been too late to the game in 2017 to make any kind of meaningful public cloud impact -- let alone become a rival to Amazon.

Going solo
Huawei's public cloud strategy was neatly spelt out by David Wang, its president of network solutions, during a presentation in Shenzhen two years ago. "We will invest heavily in building an open and trusted public cloud platform, which will be the foundation of a Huawei cloud family," he said at the time. "This family will include public clouds we develop together with operators, and public clouds that we operate on our own."

A few months later, in September, Huawei was sounding even more gung-ho. It would invest half a billion dollars in its cloud platform over the next five years, it said, and seek to challenge Amazon and Google as a public cloud provider. The funding plans meant increasing the annual R&D investment in "industry clouds" by more than 50%.

Yet more than 18 months later, Huawei operates hardly any public clouds on its own outside China, Light Reading understands. At home, it has had to wrestle with competition from existing public cloud companies, squeezing profitability. A further complication is the sale of data center products to Alibaba, perhaps Huawei's main public cloud rival in China. Any big corporation would be understandably nervous about competing against its own customers. Indeed, such concern has even persuaded Ericsson, Huawei's biggest mobile networks rival, to overhaul its strategy so that it serves enterprises only in partnership with telco customers, and no longer through direct sales channels. 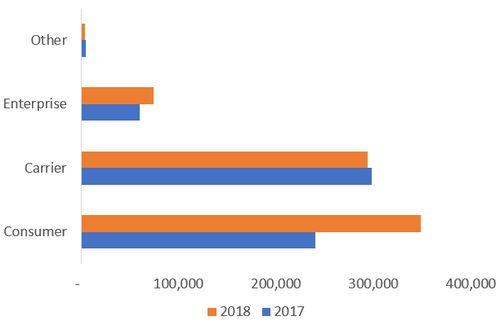 Huawei's difficulties may come as little surprise to long-time observers of the public cloud market. Success in that business is all about scale, and Huawei was starting from scratch in 2017 when the likes of Amazon had for years been acknowledged as "hyperscale" players. "Huawei is a bit late to the party," said one message-board commentator on Light Reading's website.

Way back in 2015, Neil Sutton, the vice president of cloud, strategy and public alliances for UK telecom incumbent BT, had ruled out competing against cloud services players for a similar reason. "I don't see us trying to take on Amazon," he told Light Reading at the time. "Unless you have global hyperscale, I'm not sure how profitable it would be." For Huawei, disrupting the public cloud market seems to have been much tougher than shaking up the network and smartphone sectors.