However, the company declined to provide any further details about exactly how many radios it might purchase, or the amount of radios each supplier would provide.

Nonetheless, Dish's announcement puts the company one step further toward commercially launching a 5G network in the US; after all, radios comprise a major portion of a network operator's budget, alongside tower rental fees, backhaul charges and the expense of employing technicians to install everything.

"We have successfully integrated the MTI radios with our cloud-native 5G network, and we are proud to announce that we have demonstrated on-air 5G connections through the industry's first open RAN-compliant FDD radio," said Marc Rouanne, Dish's chief network officer, in a release. (A company spokesperson confirmed the company will employ both FDD and TDD in its planned commercial network.) "MTI has been a trusted Dish partner for nearly 30 years. We have been working very closely on the development of this radio with MTI, and the deployment of the O-RAN architecture will benefit both Dish and our customers."

Open RAN technology promises to break the proprietary interfaces gluing together the software and hardware elements in a wireless network, thereby allowing operators like Dish to mix and match networking components like Lego pieces. For radios, Dish said it can snap in either MTI or Fujitsu radios atop its cell towers thanks to its embrace of open RAN technologies.

Importantly, Dish added that it has already tested MTI's radios in a live, on-air cell tower in Wyoming. The company said it successfully connected MTI's radios to its 5G core, supplied by Nokia, and controlled the radios with software provided by Mavenir. 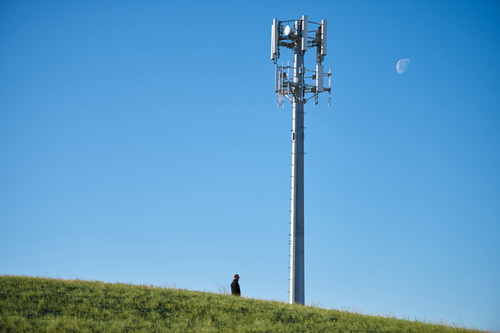 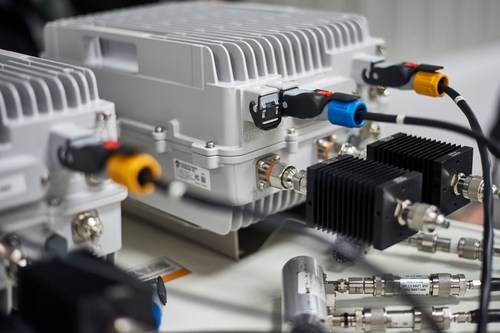 Dish will use radios from MTI.
(Source: Dish)

In September a top Dish executive said Fujitsu's radios are scheduled to start arriving "in earnest" in the second quarter of next year. And last month Dish confirmed that it won't have its 5G core network up and running by the end of 2020, a slight delay from its earlier projections.