Now that whole-home WiFi is a core component of ISP service strategies that extend beyond raw speeds and pricing, the next area of focus centers on security services for home networks that support an ever-expanding number of connected cameras, locks, lights and other IoT devices.

One startup concentrating on this emerging opportunity is Cujo AI, which has quickly established itself through partnerships with two major US cable operators -- Charter Communications -- and deals with other, as-yet-unnamed service providers.

Cujo AI already has achieved a degree of scale, with tens of millions of gateways under its platform's management and hundreds of millions of devices under protection, according to Andrea Peiro, Cujo AI's president. Peiro, who joined Cujo AI earlier this year, is a former Comcast exec who played a significant role in the development and deployment of the MSO's "xFi" home networking management product. He came on board when Comcast acquired PowerCloud Systems in 2014.

Cujo AI's core technology creates behavioral models on how data flows on the home network in relationship to which devices generate the traffic. Operators can use this intelligence to support capacity planning; they also can use it to provide parental control services and higher-level security functions that can detect and block malicious actors -- like a hacked security camera or other type of IoT device, attempted distributed denial of service attacks and malware attacks -- on the home network, the vendor said. 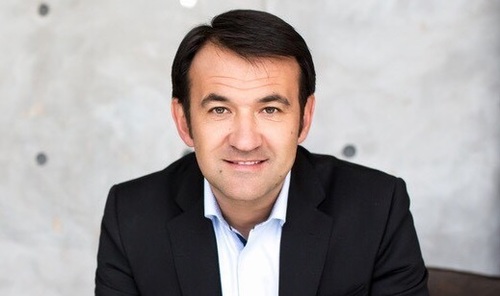 By combining that data with AI and machine learning models, the system automatically and quickly determines good and bad behavior for each network device, Peiro explained.

"Every second, we are able to expand our capability to keep threats [in check] across a variety of domains," Peiro said. "You get the equivalent of an enterprise-grade security solution for your home or small business." By focusing on behavioral analysis, Cujo AI's platform does not use more invasive deep packet inspection (DPI) techniques, he said.

In fact, Cujo AI's approach -- which looks only at the "technical elements" of packets -- helps carriers steer clear of potentially problematic personal data privacy issues, Peiro stated. "It helps our customers stay away from regulatory concerns," he said.

"The traditional security approach that looks at what's in the packet is not going to work anymore, because everything is going encrypted and because of the level of privacy regulations that are coming up, starting in Europe," Peiro said.

Under its service provider model, Cujo AI's private stack is installed on gateways using open source frameworks, then connected to a private cloud network that handles underlying apps and services plus the broader data analysis and machine learning that underpins everything. In addition to a service fee for the initial engineering and integration of the overall platform, partners pay a recurring fee for the specific services they want, such as IoT security or parental controls.

To help ease its way into the market, Cujo AI recently integrated its device software with RDK-B, the broadband flavor of the Reference Design Kit (RDK), which is a preintegated software stack for gateways being managed by Comcast, Liberty Global and Charter.

"We wanted to be part of this stack and make our services available with zero integration efforts," Peiro said, noting Cujo AI has conducted similar work involving standards such as OpenWRT. "RDK-B is becoming a de facto standard in the high-end operator market. It allows the operator to control the stack rather than having the ODM [original design manufacturer] control the stack."

Though Cujo AI has achieved a level of scale with deployments and has tier 1s on board as partners, competition in the growing digital life-protection services sector will soon become fierce. CableLabs, for example, recently debuted Micronets, an IoT network security effort. Pundits predict endpoint security specialists such as Symantec and McAfee will soon develop products optimized for ISP partners; these anticipated solutions will go well beyond a simple resale of developers' current direct-to-consumer products, either on their own or in partnership with other startups focused on this market.

"The good news, from our point of view, is that not only is this a large market, but it's growing really fast," Peiro said. "Ultimately, there's going to be room for multiple players, though I do see the potential for some consolidation, because the incumbents didn't traditionally target operators."

Clearfield CEO on community broadband and the 'build of a lifetime'