Of all Europe's major telcos, Deutsche Telekom must be the jumpiest whenever politicians argue for Huawei's exclusion from Europe.

The German telecom incumbent and Chinese equipment giant are entwined like Burt Lancaster and Deborah Kerr on a Hawaiian beach. In Germany, Deutsche Telekom AG (NYSE: DT) counts Huawei Technologies Co. Ltd. as one of its two main suppliers of radio access networks (the other being Ericsson AB (Nasdaq: ERIC)) and uses its core network technology, Light Reading understands. It has already put up 5G antennas from Huawei in parts of the country. (See DT Poised for 5G Launch as Huawei Antennas Go Up in Berlin.)

From Here to Eternity... for the Time Being 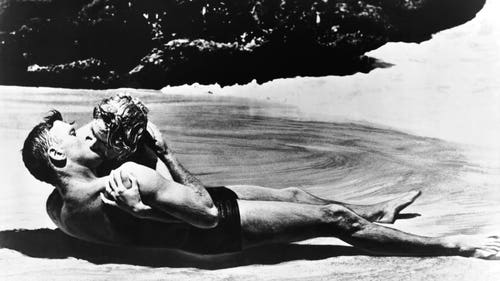 But eastern Europe has also been fertile ground for that relationship. In Poland, where a former Huawei employee was recently charged with spying, Deutsche Telekom's T-Mobile subsidiary has used Huawei equipment to build a 5G network. Hungary's Magyar Telekom, another Deutsche Telekom business, has been testing 5G services with Huawei, as well. And its optical network was built with the Chinese vendor. Indeed, the list of deals between Huawei and Deutsche Telekom affiliates or assets unfurls like a restaurant bill after a very expensive meal. (See Eurobites: Huawei Washes Its Hands of Arrested Exec in Poland.)

Dining out with Huawei now threatens to leave Deutsche Telekom with a bad case of indigestion. Supposedly worried about the Chinese military's possible use of Chinese network gear to spy on other countries, European authorities are considering a ban on Huawei and ZTE Corp. (Shenzhen: 000063; Hong Kong: 0763), its smaller Chinese rival. In Poland, where Huawei is understood to employ about 900 people, exclusion from the 5G market seems likely. The Czech Republic's security watchdog has issued a warning about the risk Huawei poses to critical infrastructure. The European Commission could tweak existing legislation to shut Huawei and ZTE out of the European Union's 5G markets, according to reports. (See Eurobites: BT Investors Nervous as Post-Patterson Era Kicks In.)

US Secretary of State Mike Pompeo has now barged in. During a visit to Budapest, he reportedly said Huawei's presence in Hungary, Poland and Slovakia could obstruct US partnerships with those countries. The warning is part of a campaign against Huawei by the US, which accuses the Chinese vendor of fraud, industrial espionage and trade violations in Iran. As Hungary and Poland look to buy military equipment from the US, Pompeo's words could be very persuasive. (See Huawei Hits Out at DoJ Amid Global Backlash.)

Moves to restrict Chinese vendors would be a potential nightmare for Deutsche Telekom. In the worst-case scenario, a full ban on Huawei's sale of radio gear might force the German operator to rip out equipment it has already deployed, spending hundreds of millions in the process. Even if a ban were limited to the core -- a sensitive part of the network that includes important IT systems -- it would lead to considerable disruption. Replacing one vendor with another in the core is a laborious, two-year job, according to BT Group plc (NYSE: BT; London: BTA) and Vodafone Group plc (NYSE: VOD), two other European operators that use Huawei in their networks. (See Huawei Controversy Pits Spooks Against CSPs and Huawei Cut Out of BT's Mobile Core, Optical & Edge Plans.)

It is not only Deutsche Telekom that might suffer. Because it has become so dependent on Huawei across so many European markets, any legislative moves against Chinese vendors could seriously hinder the rollout of 5G services in a region already seen as a 5G laggard. Although Deutsche Telekom has had little to say about its 5G plans outside Germany, last October it pledged to cover 99% of the German population with a 5G network by the end of 2025. A Huawei ban could delay rollout by two years, said the operator in documents obtained by Reuters. (See Deutsche Telekom targets 99% 5G coverage in Germany by 2025.)

Table 2: Huawei Heebie-Jeebies: Where We're At

But as Pompeo demonstrated this week in Hungary, Deutsche Telekom may have more to worry about than just European regulators. Fast-growing subsidiary T-Mobile US Inc. is waiting for US authorities to approve its merger with smaller rival Sprint Corp. (NYSE: S). In uniting the country's third- and fourth-biggest mobile operators, that deal would produce a much beefier rival to AT&T Inc. (NYSE: T) and Verizon Communications Inc. (NYSE: VZ). But not everyone is happy. Despite assurances from Deutsche Telekom, trade unions see the merger as a threat to jobs. Some opponents have argued that Deutsche Telekom's close European relationship with Huawei is reason enough to block the deal. (See Darkness Gathers Over T-Mobile/Sprint Merger.)

That could be an egregious case of the US throwing its weight around. Punishing US telcos because of a parent company's European supply chain would set an unusual precedent. Nor could authorities easily justify tearing up merger plans on security grounds. A government warning has stopped T-Mobile and Sprint from buying Huawei equipment since 2012, and T-Mobile's core network systems are separate from Deutsche Telekom's. Indeed, even in Europe, there would be technical and regulatory obstacles to building a single mobile core network for several countries, according to a reliable source. Most regulators, for one thing, require operators to keep subscriber information within national boundaries.

But while some European authorities agitate for a Huawei ban, senior German politicians appear less keen on restrictions. They will realize that any delay to 5G rollout could represent a major setback for Germany's Industrie 4.0 initiative, which aims to bring digital technologies into Germany's manufacturing sector. Germany also looks more vulnerable than other European markets to Chinese retaliation. Over the last two decades, manufacturers of German cars and machine tools have grown to appreciate China as one of their biggest export markets. Indeed, those deals opened the doors for Huawei in Germany, according to a source who preferred to remain anonymous, and explain why it has built so many European networks for Deutsche Telekom, a company in which the German government still holds a 31.9% stake. (See Industrie 4.0: Rebooting Germany.)

Asked this week about the Huawei situation, Deutsche Telekom said it took the global discussion regarding network elements "very seriously" and already has other vendors in the mix. "Manufacturers are primarily Ericsson, Nokia, Cisco and Huawei," says a spokesperson for the company. "Nevertheless, we are currently re-evaluating our procurement strategy." Extricating itself from this geopolitical affair could be the greatest network challenge it has ever faced.