Comcast appears to be closing in on the full integration of HBO Max, Warner Media's new subscription VoD service, on the cable operator's X1 and Xfinity Flex platforms.

Just this week, an HBO Max tile has started to appear in the X1 apps section. 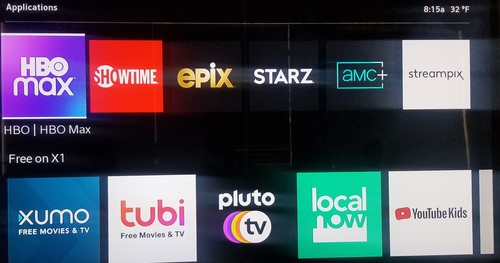 However, when the tile is opened, the viewer is directed to a destination page for the traditional, legacy HBO service, rather than to the broader, OTT-delivered HBO Max service. 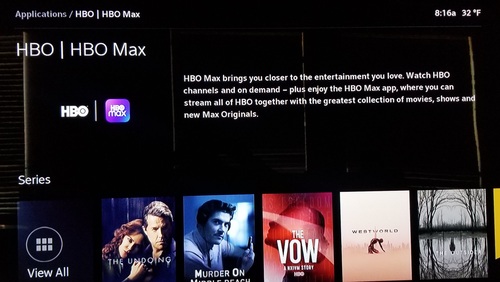 Upon scrolling down the HBO page on X1, viewers are presented with a message making it clear that the full HBO Max is not yet available on X1. However, Comcast HBO subscribers do have the option to access the HBO Max app on other streaming platforms using their Comcast credentials. 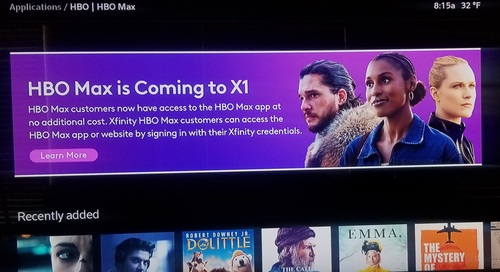 Comcast has not announced when it will launch HBO Max on X1 and Flex, its streaming and smart home product for broadband-only customers, but it said to expect the app to debut "soon." The appearance of the HBO Max tile and other HBO Max branding in X1 is a clear indication that much progress has been made.

And the way HBO Max is being bunched with other premium apps and services, such as Starz, Epix, Showtime, AMC+ and Comcast's own Streampix service, is a sign that the cable operator will use its video platform to provide multiple, aggregated launch points and ways for viewers to discover premium programming.

HBO Max on X1 for Christmas?

It's plausible that Comcast is aiming to complete the integration of HBO Max on or before December 25, when the WarnerMedia movie Wonder Woman 1984 is scheduled to premiere on HBO Max and in theaters. Wonder Woman 1984 will also be the first title on HBO Max available in 4K, HDR 10, Dolby Vision and Dolby Atmos.

In a pandemic-driven decision, Warner Bros. announced Thursday that it plans to release its full 2021 film slate  including Dune and Matrix 4  concurrently in theaters and on HBO Max. The studio is limiting distribution of those films on HBO Max to a one-month period.

HBO Max, which launched on May 27 and still lacks a distribution deal for Roku players and Roku TVs, ended Q3 2020 with 8.61 million "activations," more than double the 4.14 million the service had at the end of Q2.

The simultaneous release of new Warner Bros. movies on HBO Max and in theaters applies heavy pressure on Roku to get a deal done posthaste. WarnerMedia's bold move with its new flicks should also goose HBO Max's subscriber base.