Pay-TV is in decline, but a linear, lean-back experience fueled by curated digital "channels" is far from dead. Free, ad-based services such as Pluto TV (now part of ViacomCBS) and Xumo (now part of Comcast) that create broadcast-like TV services by stitching together formatted, curated playlists of content. These efforts show the model for "live" TV still has a prominent place among consumers even as more of them turn to streaming for their video fix.

Amazon apparently sees this, too, as the company gears up to bring a slate of 24/7 live programming to its popular Prime Video services, according to this report from Protocol. In addition to uncovering recent Amazon job postings about the project, Protocol also reports that the company is "actively pursuing" deals to license live and linear programming.

The report also notes that Amazon has some experience in this area and a few building blocks already in place. For example, Amazon offers live programming through partnerships with Cheddar (the news service now owned by Altice USA) and ABC for a dedicated news app on Amazon's Fire TV platform, and offers a program guide for services sold through its Amazon Channels business. 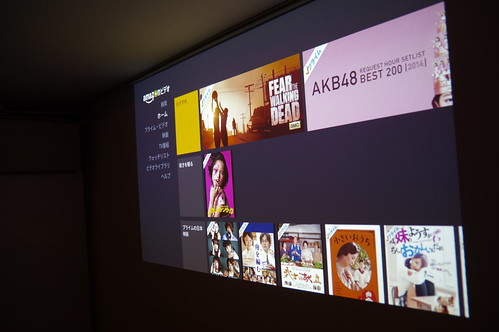 Though Amazon's full definition of "live" is to be determined in this instance, it will likely take the form of a free, ad-supported offering. Industry watchers say it's unlikely that Amazon is working on a fully fledged pay-TV service akin to those offered by virtual multichannel video programming distributors such as YouTube TV and Sling TV.

"That market is already well-served and, frankly, it's a limited market as we see the subscriber growth numbers slow dramatically," Colin Dixon, founder and chief analyst at nScreenMedia, said.

At the same time, the market is seeing strong growth from ad-supported virtual, linear offerings from Pluto TV, Xumo and others. Consumers are more reluctant than ever to pay big bucks for a traditional pay-TV service. Still, the consumer desire for linear video content has not vanished even as they continue to flock to subscription or ad-based VoD services.

"The truth is that in many homes, people just like to have the TV on," Dixon said. Linear, lean-back TV that just plays "is still a very important use case," he adds, pointing out that it also fits like a glove with advertising, which also happens to be one of the new areas that Amazon is set on conquering with its IMDb service.

"There's a massive library of content out there [from Amazon] that could be monetized in this way," Dixon said.

A 'natural next step' for Prime Video
Adding a lean-back experience to Prime Video could make a lot of sense for Amazon as it seeks new ways to complement and promote its on-demand offerings and to take fuller advantage of the content rights it has for its subscription and ad-supported video assets as well as for a limited amount of live sporting events through its deals with the National Football League and the English Premier League. A live-style offering could likewise give consumers another reason to engage with Prime Video more often and for longer period compared to focusing more heavily on the VoD side of the streaming ecosystem.

"It's easily monetized, and I think building a user experience that supports live is somewhat independent of what you put in it," Gary Schanman, a former Charter Communications video exec who runs a Denver-based media and tech consulting company called GB Monday, said. "A live TV experience is really just a big barker channel and could be a great way for them to promote all of their content library, from their on-demand Prime and IMDb TV content and create a home for their schedule-based sports rights."

"Live" TV can take on various forms. While sporting events are live, Amazon could approach to that model by stitching together on-demand titles into playlists that look like individual "channels" and promote other content and services available on Amazon Prime Video.

Those digital channels can easily be into a guide and resemble a live TV-type experience. Pluto TV, the free, ad-based streaming service that's now part of ViacomCBS, is one example of that approach. Peacock, NBCU's new streaming service, is also using a linear-style approach to promote the shows and movies that it's also offering on an on-demand basis.

"There's something to be said for a lean-back experience. It's a great way to help consumers discover content," Schanman said. "Ad-supported TV is a natural next step for Prime Video, which is all about providing incremental value to the larger Prime base and a way to help them discovery content on the service for both new, acquired and existing content in a much more traditional format."

"This dog will hunt," Dixon said, holding that it could supply Amazon with incremental video revenue and flesh out its overall streaming platform. "This is a very good business model."

Update: Another Amazon smoke screen?
The job posts indicate that Amazon, which recently hired former Hulu CEO Mike Hopkins to head up video efforts there, is staffing up for its live-streaming efforts. However, Variety reports this staff expansion is more focused on Amazon's current live streaming activities versus a massively broader play. Still, Amazon's own job postings suggest that its streaming of Thursday Night Football marked "just the start" while also talking up plans to expand "not just the breadth of live content we offer, but the depth of experience," so I take Amazon's attempt to downplay the scope of these efforts with big grain of salt.

And it wouldn't be the first time Amazon implemented a misdirection play with respect to its video strategy. Recall that Amazon also tossed cold water on a report from The Information in fall 2018 that it was pursuing an ad-based streaming business, then proceeded to launch such a service under the IMDb TV brand the following year.