Reflecting trends already being seen by major streaming services such as Netflix and recent flashes-in-the-pan like CNN+, a new TiVo study shows that the "great rebundling" of video services is reaching saturation point.

TiVo's Q4 2021 Video Trends Report (registration required) found that the average number of video services taken have basically flattened out  to an average of 8.9 in Q4 2021 versus an average of 8.8 in Q2 2021.

Broken down further, consumers in the survey had 6.5 paid services (including authenticated "TV Everywhere apps" from their pay-TV providers) and 2.4 free services. 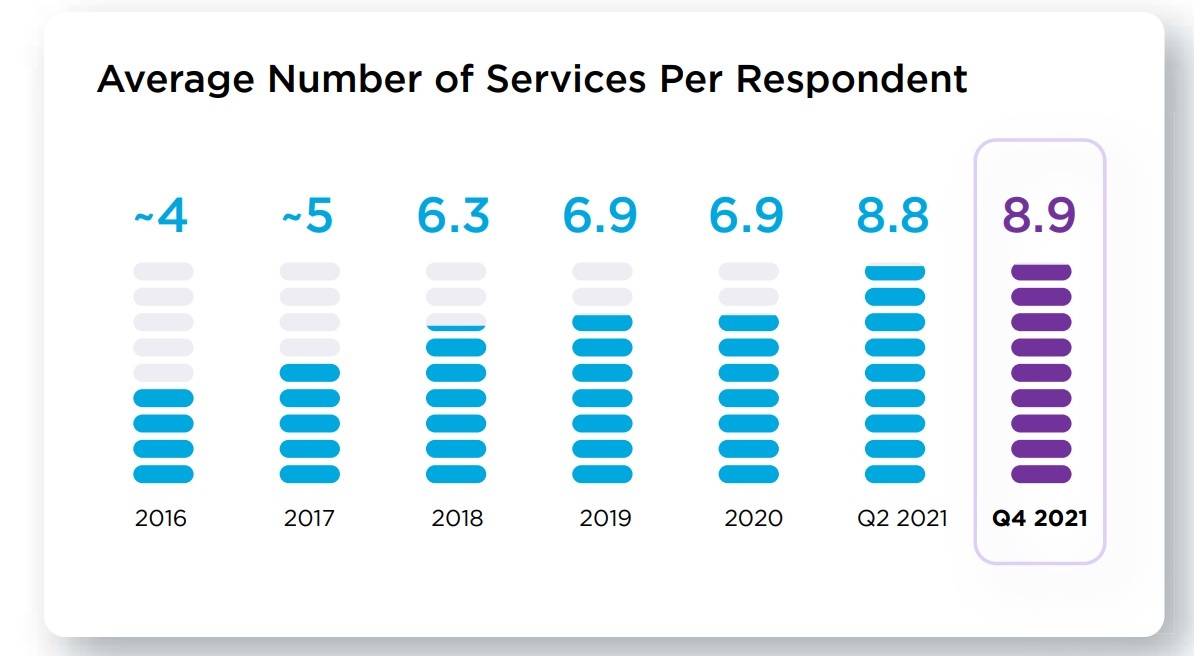 The study, based on a survey of 4,547 adults in US and Canada, found that 20% of respondents believed they had too many services, but a majority (74.3%) said the amount was just right.

Once a source of strength, the SVoD sector is showing signs of weakness. While the average user in the survey had 3.5 SVoD services, 25% of total respondents said they are likely to cancel one or more SVoD service in the next six months. 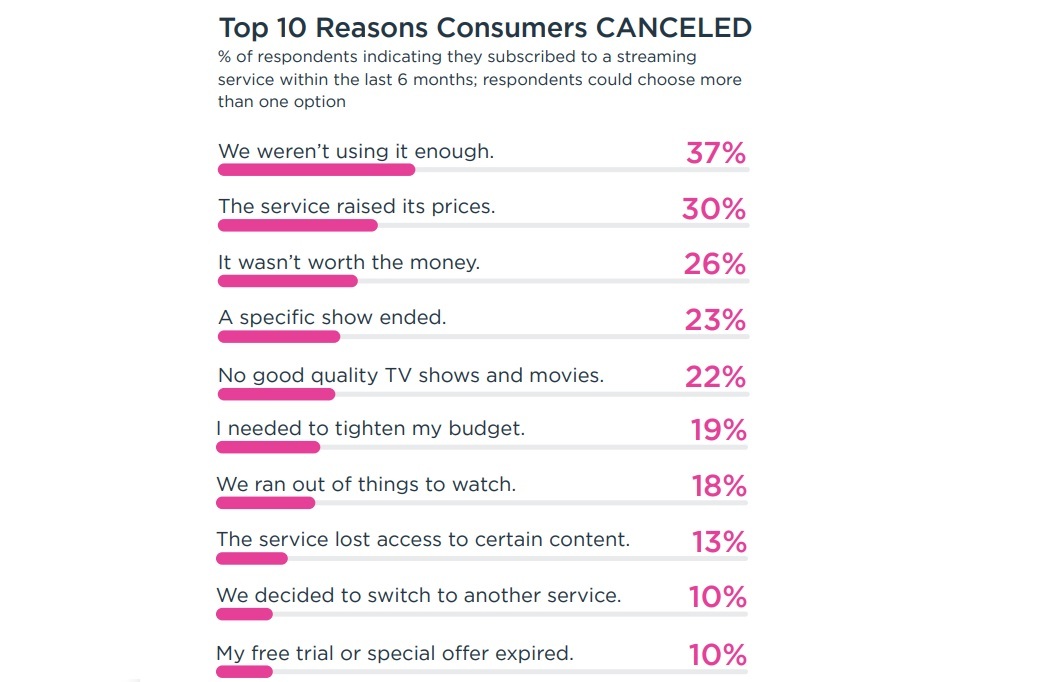 But AVoD (a market that includes free, ad-supported streaming services such as Pluto TV and Tubi) continue to catch on. About 60% of those surveyed said they use at least one AVoD/free service, with the average respondent using 2.4 services in the category.

The study also shed some light on how consumers are pairing pay-TV with streaming services. The top self-bundle, in addition to the core pay-TV service, included Netflix, Amazon Prime Video and short videos via YouTube.

The cord-cutting trend has continued, but a gap has formed between consumers planning to cut the pay-TV cord and actually going through with it.

Among the top reasons for sticking with pay-TV, 66% said they are simply happy with the service in general, while 32% said they are staying on because of bundles that stitch together pay-TV and broadband.

Some 29% said they didn't think they could fulfill all of their programming needs if they canceled pay-TV and 25% cited pay-TV as their best way to access local programming.

But among those in the group that has cut the pay-TV cord, 66% said they replaced it with a vMVPD (i.e. YouTube TV, Philo, Sling TV and FuboTV), 13% are swapping in AVoD services and 10% are using an over-the-air digital TV antenna.

TiVo's study also identified a group of "cord-revivers" within the pay-TV base  effectively those that have left and returned. About 11% in the cord-cutting crew said they were "likely" to revive the cord.

Within that cord-reviver group, 43% said they'd return if they could get a smaller channel package at a lower rate, and 42% said they might come back if an additional streaming service is bundled in.

Some 35% said they might come back if they were offered an attractive broadband/pay-TV, and 31% could return if they could access the pay-TV service through a streaming app rather than via an operator-supplied set-top/receiver.