No relief in sight for sluggish cable broadband subscriber growth

New household formation and overall consumer move activity have long served as vital catalysts for US broadband growth. But a recent decline in both has led to sluggish broadband sub growth for several top operators, leading to concerns that the slowdown, paired with rising broadband competition from fiber and fixed wireless providers, will cause growth to remain slow or possibly go negative.

The good news is that moves were up sequentially in June 2022, along the lines of normal seasonal trends, But those moves were still 9% (or about 400,000) below the standard baseline, according to an analysis from New Street Research based on new data from the American Community Survey (ACS) and the US Postal Service (USPS). 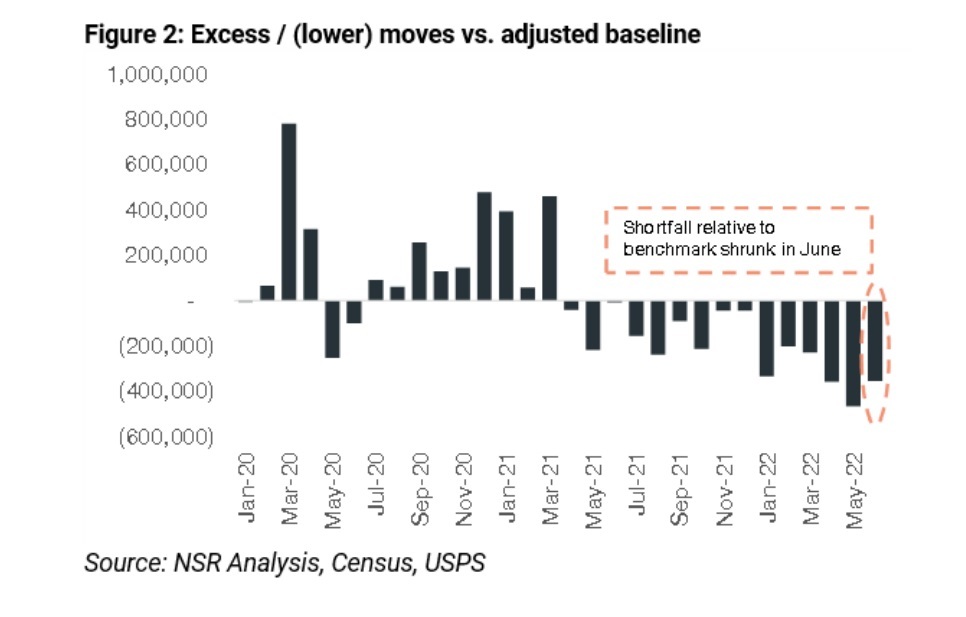 New Street Research said its analysis shows there have been 1.9 million fewer "moves" than there should have been over the first half of 2022. The firm has also adjusted its baseline for 2022 to 43 million moves.

Boiled down further, "[m]oves between April 2021 and June 2022 fell short of the adjusted benchmark by about 3.0 million," the analysts explained.

The analysts at Evercore ISI agreed that their analysis of fresh USPS change-of-address data showed that June numbers were marginally better than May, but still down significantly compared to pre-pandemic levels. In Evercore ISI's estimation, year-to-date moves are 13% (or 1.9 million) below the levels of the last four years. 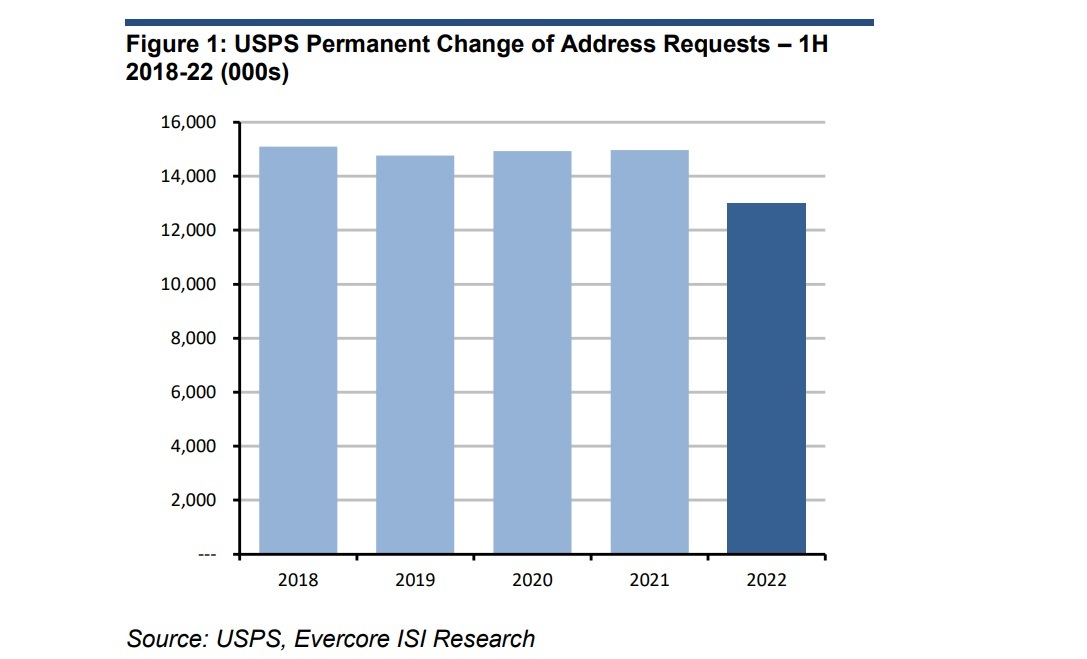 The New Street Research analysts stressed that depressed moving activity has been contributing to weak broadband subscriber growth by cable operators, and the latest figures show "there was no relief in June." New Street Research doesn't expect much relief to come in the next couple of months, even if the sequential improvement in moves related to the adjusted benchmark is "encouraging."

The analysts also believe that the slowdown in move activity tends to hurt cable operators most where they are taking share from DSL competition, but likewise helps them where they are losing share to fiber and fixed wireless access (FWA) providers.

But the overall, combined picture isn't great. "With 60% or more of their footprint in markets where they are gaining share, lower moves hurt Cable in aggregate," the New Street Research analysts surmised.

It's still not clear when the move trend will return to cable's favor, but New Street Research said it's sticking with its forecast that the trend will reverse by mid-2023.

"It is certainly plausible, given the improvement in June, that happens much faster," they added, acknowledging that multiple elements, including record housing costs, rising rates and overall inflation, could be fueling a slowdown in moves as the "overhang from the pandemic passes."

They also suggested that the ongoing reliance on remote workforces could depress some moves on a more permanent basis, as it means fewer people will need to move when they change jobs.