Lovestruck Liberty Global executives must be feeling as giddy as a young groom on the day of his wedding. Last month, UK authorities gave their provisional blessing to the marriage between Virgin Media, Liberty's UK cable business, and O2, a mobile operator owned by Spain's Telefónica. As long as no one crashes the ceremony and hollers an objection, they will be joined in telecom matrimony come June.

Ahead of the big day, Virgin Media has been working hard to prove it is a successful bachelor rather than a disreputable slacker. This time last year it had just reported the loss of 1,100 customers for its first quarter. It today revealed a gain of 31,000 for the same period of 2021. A healthy, well-performing Virgin is essential to Liberty. As the main breadwinner in the cable family, it generates nearly half of Liberty's sales. 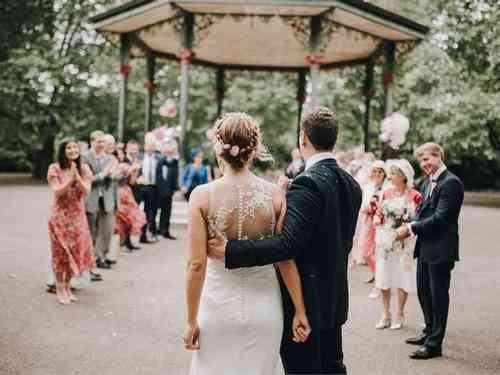 "Speak now or forever hold your peace," rivals of Virgin Media and O2 have been told.

Thanks partly to its performance, plus takeover activity in Switzerland, Liberty turned profitable, by its own measure, for the first quarter. Its free cash flow (FCF) of $93.1 million compared with an FCF loss of $317 million a year earlier. Sales at the group were boosted 26% by the acquisition of Sunrise, a Swiss mobile operator, to roughly $3.6 billion. But sales were also encouragingly stable on a like-for-like basis, ticking up 1.4% at Virgin.

The UK operator also seems to be losing its paunch, as many grooms attempt to do before the wedding photos. Jefferies, a bank, said it was curious that Virgin's full-year guidance for operating cash flow had been changed to "broadly stable" from "low single-digit decline," with zero explanation. Analysts confessed to being mystified. While Virgin has spent less on travel and entertainment, and has fewer staff in sales, goods and administration, any savings remain "unquantified next to a list of inflationary factors," wrote Jefferies in a note.

The telecom hoi polloi are waiting to see if married life is blissful or bumpy for O2 and Virgin. The strategic rationale for the tie-up is that Virgin cannot fight BT, the telecom incumbent, without a mobile network to go alongside its cables. But there are few signs that "convergence" is turning out to be a huge success for BT. It had little to say about Halo, its convergence brand, in February, when reporting its third-quarter results. Revenues at its consumer business fell 5% over the first nine months of the fiscal year. No other network operator appears to have done worse.

The couple will also be saddled with about £11.3 billion (US$15.7 billion) in net debt that Virgin carries into the relationship  hardly the most auspicious start to a marriage. It is targeting a net leverage of between four and five times its underlying earnings, a range that will make it one of Europe's most heavily indebted service providers. To reduce this figure and meet "synergy" targets, Virgin and O2 will have to run a tight budget. Jobs will undoubtedly go, as they inevitably do after mergers.

Then there is the question of branding. Does the new couple opt for a double-barrel name  Virgin O2, O2 Media or just O2 Virgin Media  or attempt a complete name change, as Orange and T-Mobile did when christening the EE business they subsequently sold to BT? O2 has a good reputation for customer service. Virgin does not. Plastering its brand on O2 property would be risky.

So would any micro-management by the parents. Lutz Schüler, Virgin's CEO, has already been confirmed as the boss of the new venture. Many will assume his loyalties lie with Liberty if there is any hint of disagreement between the cable company and Telefónica regarding strategy. EE was a huge success as a joint venture, but that was partly because regulators favored it over rivals. The shareholder squabbles that have been such a headache for Telecom Italia's managers illustrate what can happen when no one has the upper hand.

On the plus side, O2 is the only one of the UK's mobile networks that has not relied heavily on Huawei, a Chinese vendor the government is banning. As rivals tear out Huawei products and introduce new suppliers, O2 does not have to worry about those additional expenses. Thanks to a recent spectrum trade with Vodafone, it also has more joined-up 5G spectrum  a contiguous 80MHz block  than any other service provider bar Three.

Unfortunately, Virgin's cable network has had mixed fortunes. It boasts faster connections than BT's part-fiber network and can be upgraded to even higher-speed services without costly investment in civil works, according to executives. Yet the ironically named Project Lightning, a plan to extend Virgin's networks to another 4 million properties by 2020, was still 1.4 million off that target by the end of March. Meanwhile, of the $476 million that Liberty spent on capital expenditure in the first quarter, £120.9 million ($168.4 million) was consumed by Virgin.

Liberty badly needs Virgin and O2 to be made in heaven. Without its UK business, it is a runt in the litter of the European telecom sector, with stakes in some of the region's smallest countries and not much besides. It quit Germany and other European markets through asset sales to Deutsche Telekom, but has little to show for them now. The failure of the UK marriage would leave it looking very small indeed.