Adtran has not announced Whalen's hiring, but Whalen is listed on the company's leadership web page, noting he is "responsible for products from concept to delivery." Light Reading asked Adtran for further comment, but industry sources said Whalen joined Adtran within the last couple of weeks. 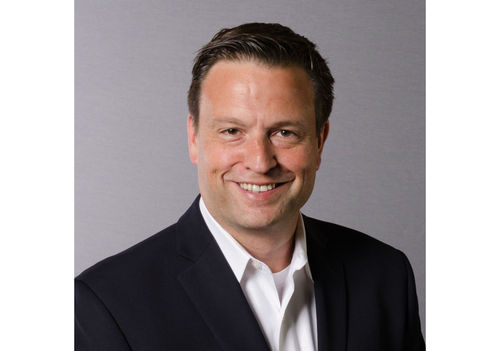 As Adtran's chief product officer, Whalen is expected to help the vendor accelerate its move into the cable industry sector and further diversify Adtran's business.

Whalen joins Adtran a little more than four months after he exited CommScope, a few weeks after the company completed its $7.4 billion acquisition of Arris in April.

Whalen, who also held positions at Cisco Systems and Bell Atlantic, brings valuable cable industry experience to Adtran as the vendor looks to deepen its presence with MSOs as they decide how to progress with their next-generation access networks. While many cable operators are expected to continue DOCSIS 3.1 deployments and take a look at DOCSIS 4.0 as those specs are developed, several are deploying FTTP in targeted situations, including greenfield buildouts. One exception is Altice USA, which is largely forgoing HFC network upgrades for an ambitious FTTP deployment.

A portion of Adtran's cable ambitions took form in early 2018 when the company acquired Sumitomo's North American EPON business, including its DOCSIS Provisioning of EPON technology that enables cable operators to bridge their DOCSIS backoffice systems to EPON networks. Prior to that, Adtran snapped up CommScope's EPON and 10G-EPON products, which also had cable implications with respect to targeted FTTP deployments.

Whalen's move to Adtran will help the vendor navigate the cable waters and engage more closely with MSOs. After all, the cable access market is undergoing a phase of disruption. That disruption has been fed by recent M&A moves, Cisco Systems' decision to halt investment in Full Duplex DOCSIS technology and tweak its strategy for the market, and a slowdown of cable operator spending as MSOs mull their next moves out on the access network.

"[Whalen's hiring] is a clear sign  that Adtran is pivoting to concentrate more on the cable industry," said an industry source.

Adtran has been making an effort to diversify its business, spreading it out across telecom, cable, municipal providers and utilities as well as cooperatives and individual ISPs.

Small but growing MSO business
Cable is still a small piece of Adtran's overall business, representing less than 10% of revenue. But Adtran is "not far off" from cable becoming a 10% or greater piece of the company's revenue pie, CEO Tom Stanton said in July during Adtran's Q2 call.

Stanton said then Adtran was still in lab trials for the vendor's new remote OLT solution with a large MSO, with expectations that deployments would "start kicking in, in a more material way" by the first half of 2020. In the meantime, cable operators such as Comcast and Charter Communications are continuing to buy Adtran legacy EPON products.

"I think we've done a good job in both expanding geographies and the MSO space; they're both doing pretty well," he said, later referencing NBN in Australia as an example while also pointing to "very good inroads in Europe."