The US Senate Committee on Commerce, Science & Transportation held its final hearing on broadband of 2022 – and final broadband hearing for the 117th Congress – on Tuesday, capping off a year of activity to roll out the Biden administration's "Internet for All" efforts contained in the Infrastructure Investments and Jobs Act (IIJA).

Here are five takeaways from the hearing.

1. ACP and USF: Crucial and in danger

The Affordable Connectivity Program (ACP), which subsidizes service for low-income households, and the Universal Service Fund (USF), which helps support telecommunication networks, both received wide support from panelists who also stressed the urgency of keeping those programs running.

On the $14.25 billion ACP, which provides a household discount up to $30 per month for broadband service, NDIA's Siefer urged Congress in her opening statement to reup its funding. Currently, funding is projected to run out by 2025 without further action. 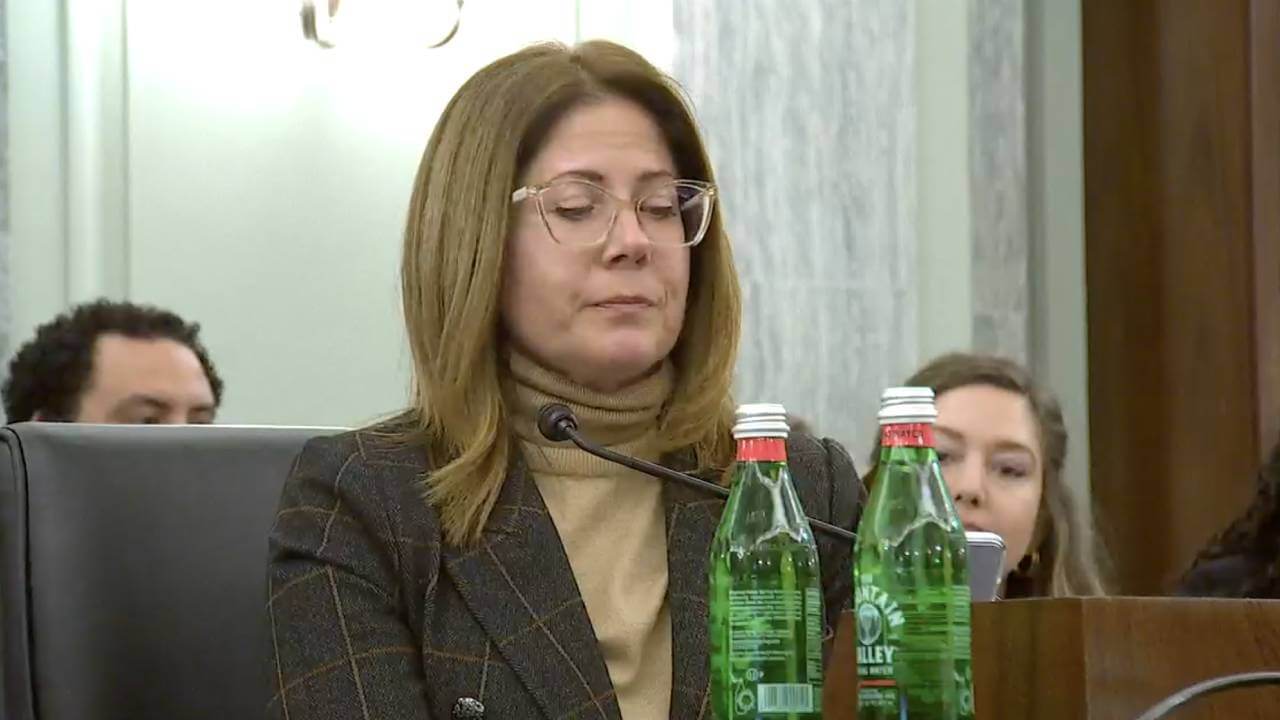 "As of December 5, over 15 million households are enrolled in the Affordable Connectivity Program," said Siefer. "But unless Congress takes action, this vital program will go away in just a few short years. Internet service providers' low-cost programs are helpful, but they all have participation limitations. Representing the digital equity community today, I ask you for sustained funding for the Affordable Connectivity Program."

On another crucial program sustaining broadband networks, USTelecom CEO Jonathan Spalter was asked about an ongoing court case questioning the legality of the Universal Service Fund (USF). Spalter said if USF is found unconstitutional it "would be nothing less than a force majeure that would impact our nation's commitment to the future of universal connectivity."

Spalter added that he believes the program is "on sound legal footing," but urged further action by Congress on the matter to strengthen the program long-term.

"We have to be very clear eyed about the need to make sure that universal service can be sustainable. In the long haul, we believe that we have to expand actually the base of contributors that are providing support for USF beyond the very small slice of a telephone or voice providers via the Internet in order to do so. And we're really looking forward to working with you and this committee and ensuring the FCC has the authority to be able to expand that base," he said.

Democratic Senators and panelists from the advocacy side of the aisle voiced their urgent support for getting Gigi Sohn confirmed as FCC Commissioner, well over a year since she was nominated by President Biden.

In her opening statement, NDIA's Siefer pressed the Senate to confirm Sohn this month, saying: "we sorely need a full FCC. They have a big job. Consider the new maps, the broadband consumer labels, ACP, ECF, and many other responsibilities. They cannot do this without Gigi Sohn. Representing the digital equity community, I urge the Senate to confirm her nomination before the holiday recess."

"This conversation is taking place at a time that we have four FCC Commissioners. I'm certainly hopeful that there's an up or down vote that can be scheduled on the Senate floor over Gigi Sohn's nomination and I'm calling on a vote to take place. Many of us have been asking for a vote to take place for a while," said Sen. Luján. "I'm hopeful we can have a full Commission soon."

Republican members of the committee asked panelists from USTelecom and NCTA about some of the requirements NTIA included in its funding rules for the BEAD program. Senator Thune, a ranking member, recently released his own plans to conduct oversight over BEAD and other broadband funding programs, and he used his time on the panel today to express frustration with how funding is being managed.

"I have concerns about, as I said earlier, NTIA and other agencies pursuing extraneous political goals in their respective broadband programs, which could ultimately lead to increased costs for providers deploying networks," said Sen. Thune. Those include "direct and indirect forms of net neutrality, open access, burdensome labor requirements," he said.

The bill's "tech neutrality" versus NTIA's fiber-first focus also came up in today's hearing but did not get as much scrutiny as in previous settings.

On that subject, USTelecom's Spalter acknowledged that "all broadband technologies" provide equal access, but he essentially agreed with NTIA, saying, "it is wired-based infrastructure that is going to be actually able to allow us to achieve our goal of a fully and finally connected nation. And we should focus our resources and our funding programs accordingly."

While NCTA's Powell noted that "failure to be tech neutral could mean you have a limited amount of tools in your toolbox to solve complex problems in real America" causing some providers to "pass on participation in the program."

"WISPA believes that not only has NTIA interpreted the IIJA legislation contrary to Congressional intent, it has done so without regard for sound engineering, and will thus undermine the overall success of the BEAD program's objectives," said Zumwalt, who further called on NTIA to revise its funding rules.

Panelists were asked about different barriers to deployment, both with regard to the specific rules of the BEAD program and the general realities of the industry. 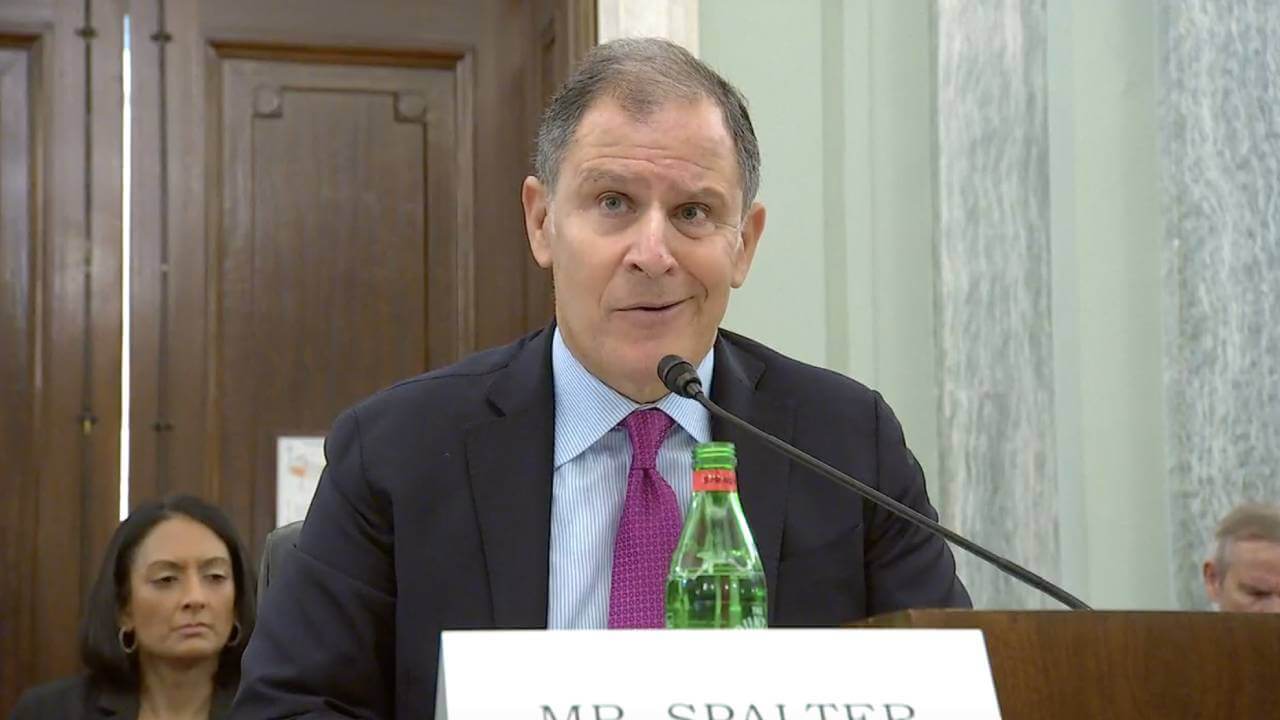 "We believe that there needs to be more coordinated and accountable efforts on the part of the various of the 13 various agencies that are involved in deploying broadband around our country. We believe that there should be much greater coordination as well with state and local authorities to ensure that permitting barriers can actually be leveled," said Spalter.

NCTA's Powell noted that permitting and pole access barriers are "the principal and primary obstacle to utilizing the money effectively" for network deployment. His suggested improvements include "much deeper coordination among federal agencies for federal lands, a harmonized set of access fees" and adequate staffing at federal agencies.

"We often call these agencies. And we're told we don't have enough people to work on that; we'll do your permit next year. And that's just kind of unacceptable with the urgency of this program," said Powell.

The panel also touched on some of the challenges BEAD poses to rural and tribal communities. Kimball Sekaquaptewa from the Connect New Mexico Council and the Santa Fe Indian School noted that New Mexico has implemented a pilot grant program with similar requirements to BEAD, which has created barriers for tribes.

"While local governments are eligible grantees, functionally they are challenged to participate given the stringent requirements for matching funds, letters of credit, and professional engineering stamps. These requirements favor better resourced ISPs, who will apply to serve their next best markets," she said in her opening statement. "As a nation, we run the risk of replicating the status quo and missing the most underserved communities."

Congress spent the past year lodging heated questions about when the FCC's broadband map would finally be ready. Now that the map is out, lawmakers are ending the year dissatisfied with the outcome, and anxious about what it means for the rollout of BEAD.

"Broadband access is not just a communications issue. It's an economic issue, it's a workforce issue, it's a public safety issue and it's a healthcare issue. And that's why I'm so severely disappointed by the recent broadband maps released by the FCC, which vastly overstate current coverage in rural Nevada," said Senator Jacky Rosen (D-NV).

Stating similar concerns for New Mexico, Sekaquaptewa urged the federal government to extend its January 13, 2023, deadline to submit challenges to the FCC's map. "In New Mexico, we estimate that the Fabric is missing tens of thousands of eligible serviceable locations, losing up to $500M in the funding allocation," she said.

Senator Shelley Moore Capito (R-WV) also pointed to inaccuracies in West Virginia's coverage data on the FCC map, noting that "138,000 locations look to have been left out."

NCTA's Powell added that another problem with the map is it's "not universally applicable" because "we have other large federal programs that are not required to use the map." That creates the possibility for overlap between federal broadband programs.

Pressed on whether there's enough time between now and the FCC's deadline of January 13, 2023, to report challenges, Sekaquaptewa said "absolutely not."

"I know that people are hurting and basic human services are being compromised until we can get broadband deployed as fast as possible. But also rushing into decision making and creating funding allocations that might not be in the best interest of those same communities would be a miss, I think, for this generational opportunity we have with this funding," she said.