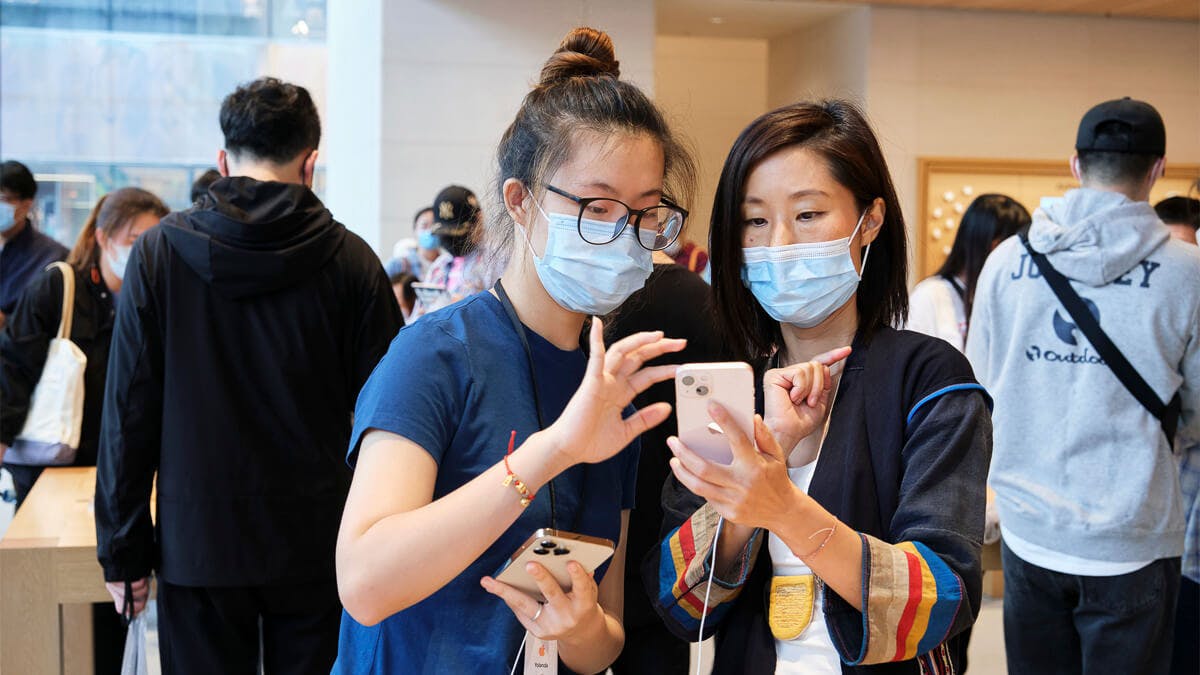 Apple recently announced that its iPhone 14 series will be eSIM-only in the US. This is huge news, marking the inevitable death of the physical SIM and the start of a domino effect across the entire telecoms value chain.

Consumer eSIMs aren't new  the GSMA approved certification for consumer applications back in 2016. However, adoption hasn't been as quick or widespread as we might have hoped. GSMA Intelligence's research revealed that, while the number of eSIM profiles is increasing 300% year-on-year, they still only make up 2 to 3% of global connections. That will now change, catalyzed by Apple's removal of the SIM card tray altogether.

Of course, Apple isn't the first handset manufacturer to release an eSIM-only model  Motorola made the shift with the RAZR in 2019  but Apple's decision holds greater influence than most. Data from Counterpoint Research shows that Apple dominates the smartphone market share in the US, accounting for 48% of shipments in the second quarter of 2022.

What's more, Apple has a track record of making decisions that ricochet across the market. The iMac was the first device to shift to USB-only  now, every laptop or PC has adopted the same setup as standard. Similarly, the iPhone 7 was the first smartphone to remove the wired headphone jack  now, wireless headphones are the norm, with a more accessible price point and a wider range of models available.

It's this influence that makes it likely that Apple's decision to go eSIM-only will trigger a seismic shift among handset manufacturers, forcing service providers to launch eSIM capabilities quickly if they're still lagging behind. But why would Apple go eSIM-only?

By no means is going eSIM-only a bad choice a poor choice  eSIM has a wealth of benefits for both consumers and service providers. Apple itself cites the consumer eSIM as an enabler to "easily connect or quickly transfer their existing plans digitally, [it is] a more secure alternative to a physical SIM card and allows for multiple cellular plans on a single device."

Apple states that the iPhone 14 can install as many as eight eSIMs at once on a device. For consumers, this completely changes the way that we use mobile phones. Your work and personal phones can become one device, with two different numbers, helping to separate the two without the nuisance of carrying two devices or swapping plastic, traditional SIM cards.

This takes much of the pain away from using tech overseas. An eSIM profile from a local network operator can be quickly and conveniently downloaded without the hassle of sourcing a local SIM card upon arrival. Being fully digital, there's no security threat when it comes to device loss or theft, and little-to-no waiting time from when the subscription has been purchased to activation.

While the thought of storing multiple subscriptions on one device might sound like a nightmare for a network operator's churn rate, it's not actually the case. eSIMs allow SPs to work more flexibly and present various plan options to customers without the cost of distributing new cards. What's more, launching an eSIM capability also opens up an entirely new suite of use cases that aren't feasible with physical SIMs  providing opportunities for business growth.

But the benefits of eSIMs for SPs really come into play in the field of customer experience (CX). All of the advantages for consumers ultimately mean that eSIMs directly elevate CX for SPs. As a digital-first technology, everything from onboarding to subscription management and support is done online, from the SP's website or app, making for a quicker, more seamless experience.

For example, once a customer selects a subscription, it can be activated in just a few minutes with eSIM, compared to the days it would take with a physical SIM to arrive in the mail or the hassle of going to a point of sale to collect one. Nowadays, consumers expect the same level of CX from their SP that they do from tech giants like Meta. So being able to offer services in an instant is essential to keeping CX high and churn rates low. eSIMs are a key enabler of keeping digital CX above the ever-rising benchmark of where it needs to be.

There is also another interesting theme intertwined into much of Apple's communication around the iPhone 14 and eSIM. Apple is quite openly encouraging the benefits of being able to have multiple operators on one device simultaneously and then being able to switch between them all easily. This is interesting because, historically, Apple's primary route to market was via the operators. Bundling their devices with operator tariff plans allowed Apple to benefit from the operators effectively financing devices through subsidies  an excellent business model!

This meant Apple had been somewhat beholden to the operators to sell their devices and was therefore sensitive about protecting that relationship. The narrative in some of these eSIM communications certainly feels like we are starting to see a shift towards Apple becoming less dependent on the operators selling their iPhones and driving a closer relationship with end customers.

Apple's news is certainly the start of an industry-wide shift to eSIM that's been a long time coming. It's not just a nice-to-have either  SPs need an eSIM offering in place, or they'll lose customers. What will require some acclimatization will undoubtedly result in huge rewards for everyone involved: handset manufacturers, service providers and, of course, the consumer.

Like what we have to say? Click here to sign up to our daily newsletter
COMMENTS
Newest First | Oldest First | Threaded View
Add Comment
Be the first to post a comment regarding this story.
EDUCATIONAL RESOURCES
sponsor supplied content
The Economic Benefits of Juniper Apstra and CN2 in a Modern 5G Network
Location Data in the Digital Transformation Era
RAN Transformation for Dummies
White Paper: Security in Open RAN
Network Integration Case Study: Accelerating open vRAN deployment
How can you accelerate RAN deployments?
Coherent Optics: 100G, 400G, & Beyond: A 2022 Heavy Reading Survey
How video analytics can kickstart the edge opportunity for telcos
Educational Resources Archive
More Blogs from Guest Perspectives
Dismantling the dominance of Big Telco