The Finnish vendor last November said its ambition was to create a "significant" standalone software business generating the same kind of profit margins as a large software company. Besides ramping up software sales, the idea was to develop tools and processes that could make the wider organization more profitable, as software becomes more integral to Nokia Corp. (NYSE: NOK)'s overall business. (See Nokia's New Software Unit to 'Redesign' Company.)

That plan thrust the relatively small applications and analytics division led by Bhaskar Gorti firmly into the spotlight. Last year, the division made about 1.6 billion ($1.9 billion) in revenues -- a tiny fraction of the 21.8 billion ($25.8 billion) from network sales -- but it was Gorti's unit that would be the vehicle for Nokia's new software initiative.

Bhaskar Gets a Boost 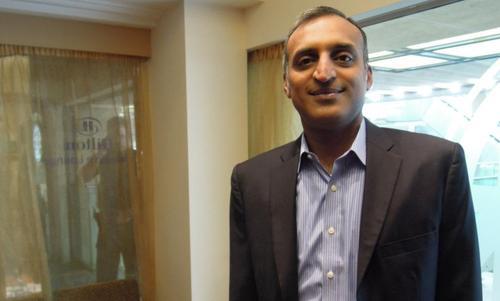 The early signs are promising, though. For one thing, applications and analytics was a standout performer on sales in the recent April-to-June quarter. While underlying company sales fell 4% on a constant-currency basis, revenues from applications and analytics were up 9%, to 365 million ($431 million), compared with the year-earlier period, and rose 2% organically. "There has been huge growth in customer experience and analytics technologies and we are also seeing a lot of activity in our cloud infrastructure and network management portfolio," says Gorti during an interview with Light Reading.

More important is the margin improvement to which Nokia's software strategy is contributing, albeit in a small way right now. On an underlying basis, Nokia's operating margin hit 10.2% in the second quarter, up from 5.9% a year earlier. This year, the company is aiming for a margin of between 8% and 10% at the networks business. But in a previous discussion about the software strategy, Kathrin Buvac, Nokia's chief strategy officer, said a networks margin of between 10% and 15% was the long-term objective. (See Nokia Shames Ericsson on Profits but Sees Trouble Ahead.)

"On software we are benchmarking ourselves against the margin profiles that exist for software companies and we are slowly inching toward that," says Gorti. "For year-on-year growth relative to TAM [the total addressable market], and all the way from gross margin to operating margin, we are beginning to see clear results."

No doubt, the recent growth in company profitability clearly owed more to cost savings and a licensing deal between Apple Inc. (Nasdaq: AAPL) and Nokia's technologies business than to the Gorti-led software strategy. But that strategy is likely to become more important as it picks up the pace, and as trimming fat gets harder.

It could also give Nokia a profitability story based on growth while rival Ericsson AB (Nasdaq: ERIC) remains focused on cutbacks. In its own second-quarter results, the Swedish company saw its operating margin shrivel to just 0.6%, once restructuring charges were stripped out, from 7% in the year-earlier quarter, and it remains a long way off a 2019 target of 12%. Its credit rating was downgraded earlier this year due to concern that it lacks a growth strategy. (See Ericsson Shares Slump on Gloomy Q2 Update.)

What's glaringly obvious for both companies is that software, and the business models around it, will be even more critical in the future. That means Gorti's role is partly to be an agent of transformation, steering Nokia away from its old hardware-based approach. "We are wearing two hats," he says of his division. "We are building a business with applications and analytics but at the same time we are creating best practices and the components that can be used to modernize the company."

Next page: Skirting the pitfalls

Lots of companies are now focusing on software. There are still a lot of industrial and other infrastructure processes that could use software. Nokia's focus on this could save the company long-term.
Reply | Post Message | MESSAGES LIST | START A BOARD

iainmorris 8/2/2017 | 3:28:59 AM
Re: Organic growth is what matters 'Tis a good point, so I've updated the story to provide a little more context there.
Reply | Post Message | MESSAGES LIST | START A BOARD

bosco_pcs 8/1/2017 | 4:49:38 PM
Re: Organic growth is what matters Just my humble opinion: While indeed 2% is not earth shaking in the startup world, $NOK is a mature company trying to break into new markets. So maybe it is good enough if Comptel can carry its own and accretive.

It took Blackberry $BBRY for a while to get its software going, considering that is not their core competency. And a heck better than behemeths like $IBM.

In conclusion, agreeing with you about the importance of organic growth but growth by acquisition is sometimes necessary. Its worthiness can only be validated from a longer term perspective depending on integration, synergy and future utilization
Reply | Post Message | MESSAGES LIST | START A BOARD