Automation is simultaneously the most important buzzword of the day and a taboo subject. At industry conferences, speakers shout it from the stage, trumpeting their technological proficiency and ambition. But link it in any way to layoffs and executives usually go silent, like a malfunctioning bit of voice recognition software. (See The Automation Taboo: Let's Talk About Jobs.)

Automation's dictionary definition makes this paradox seem all the more absurd. According to Merriam-Webster, it is the "automatically controlled operation of an apparatus, process or system by mechanical or electronic devices that take the place of human labor." In other words, the very purpose of automation is to get rid of manual effort and all of its attendant costs. Without reference to its impact on the workforce, any talk of automation is misleading.

The transgression is explicable, though, and not confined to the telecom sector. Companies in all industries now model themselves on Silicon Valley's tech overlords, whose highly automated businesses have become the world's most valuable firms. Yet the mere suggestion that jobs might disappear can trigger panic among employees and investors. 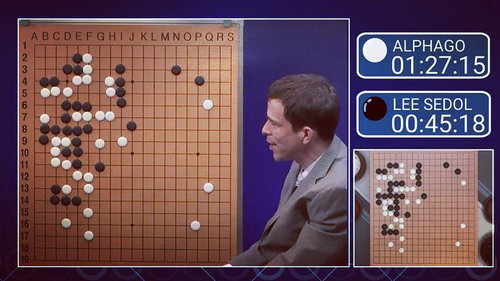 In a potential sign of technology's threat to humanity, Google's AlphaGo AI famously beat Lee Sedol, one of the world's best Go players, during a contest in March 2016. (Source: flickr/Buster Benson)

Indeed, the telecom operator's instinct is to remain tight-lipped about job cuts whenever possible. AT&T Inc. (NYSE: T) and Verizon Communications Inc. (NYSE: VZ) quietly cut about 42,250 jobs between December 2015 and September last year, a figure that represents about 9.2% of their combined workforce at the end of 2015. In a pre-Christmas, classic display of PR subterfuge, AT&T blew its horn about employee bonus payments at the same time it was making further cuts, hoping to muffle any wintry murmurings about layoffs as reporters blazed toward the finishing line of publication. (See Efficiency Drive by Major Telcos Has Claimed 74K Jobs Since 2015.)

Desperate to reconcile this apparent conflict, the advocates of automation have tried to play down anxiety about unemployment. Automation will inevitably destroy some jobs, they freely admit, but it will also create new ones in their place. Anyone who doubts this need only refer back to earlier technology-fueled upheavals. While machines have hollowed out industries such as farming and coal mining, they have supported the growth of the services sector, for instance. Overall unemployment has not mushroomed as technologies have spread.

But history is not bound to repeat itself, and there are good reasons to expect a paradigm shift. In Homo Deus, his meditation on the future, author Yuval Noah Harari notes that human abilities fall into two broad categories -- the cognitive and the physical. As machines claimed manual, "blue-collar" occupations, people had to focus on jobs requiring cognitive skills that computers have lacked. The suddenly rapid development of artificial intelligence (AI) now threatens most -- if not all -- of these "white collar" roles. Once AI can "out-think" us, what conceivable opportunities can there possibly be for humans? (See The Revolution Will Be Automated .)

The success of Google's AlphaGo AI system is a worrying harbinger. Engineered to play the highly complex Chinese board game of Go, the first version of AlphaGo overcame South Korea's Lee Sedol, one of the world's best players, during a contest in 2016, losing just one of the five games played. AlphaGo Plus, an update that came out last year, appears unbeatable. What is particularly alarming for homo sapiens is that AlphaGo Plus was not even taught by human software developers to play Go. It learned the game all by itself, and its unorthodox and strangely creative style of play has astonished the Go experts. (See AI Threat Is Tech's Fart in the Room.)

Optimism that AI will never be able to fill the most creative jobs as effectively as people seems misplaced. David Cope, a musicology professor at the University of California, has built software programs that compose music, writes Harari in Homo Deus. One mimics the styles of great composers such as Bach, Beethoven and Chopin. Most listeners mistakenly identified its compositions as the real Bach when they were performed during a concert that also featured original music from the Baroque composer as well as a contemporary musician called Steve Larson. Unaware of its provenance, classical music fans have described the machine-written stuff as "soulful," says Harari. And a newer software program called Annie is even more inspired, composing music in its own unique style.

Next page: The workforce cull