With the world's largest 5G network and its second-biggest data centers sector, China will see these two industries more than double their carbon emissions by 2035.

This is bad news for a country that today emits more greenhouse gasses than the entire developed world put together  27% of the world's total  yet aims to reach net zero by 2060. China's emissions have more than tripled in the past three decades, during its mammoth saga of industrialization. 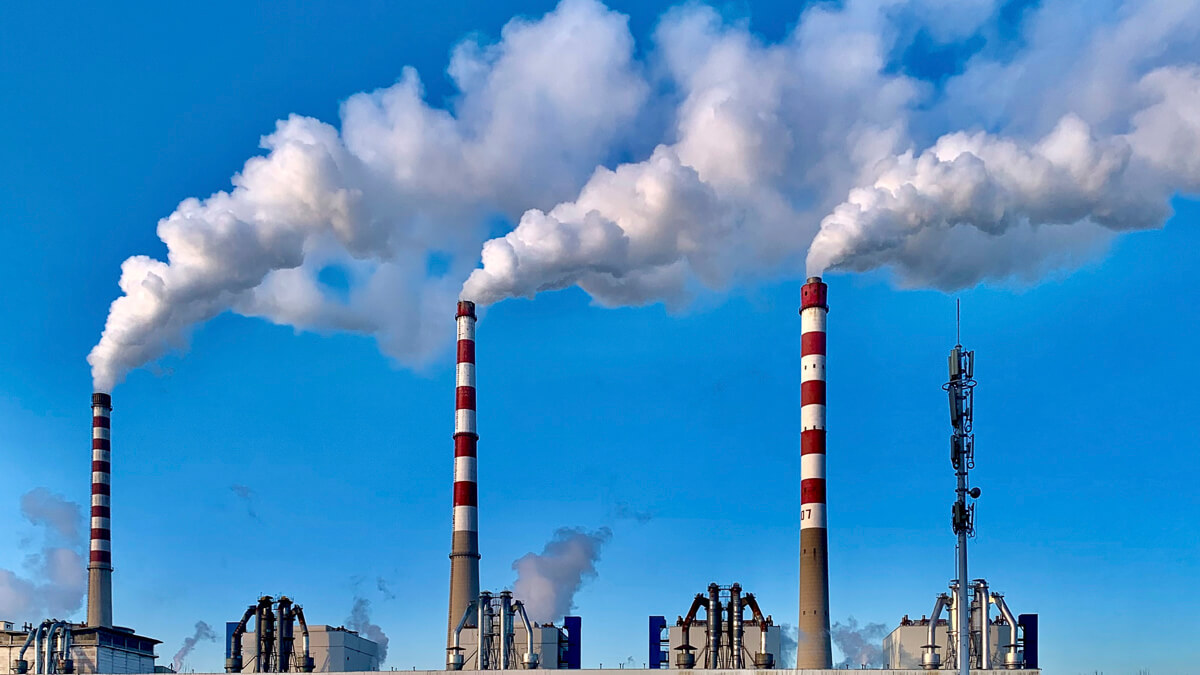 Cost of digital: As China ramps up its 5G network and builds more data centers - the country's carbon emissions rocket too.
(Source: Andreas Felske on Unsplash)

The US accounts for 11% of the world total, India for 6.6% and the entire EU put together 6.4%. China's steel and cement industries will reach their peak emissions around 2025 and then level off, says a report today from Greenpeace.

But emissions from 5G and data centers will carry on growing, and by 2035 could reach 310 million tons a year, more than all of France today.

The root of all this is that China's 5G base stations and data centers gulp down an enormous amount of electricity. In 2020, this was as much as the cities of Beijing and Shenzhen put together.

China's electricity grid sources over 60% of its power from burning coal, the dirtiest fossil fuel.

Electricity grids elsewhere have become cleaner  over Easter 2021, 80% of Britain's electricity grid came from low-carbon energy sources, with no coal generation at all and only 10% from gas plants. And by 2035, Chinese data centers and 5G infrastructure are set to use four times as much electricity. 5G base stations alone will use 488% more electricity in 2035, compared with now.

This will reach 297 billion kilowatt hours by 2035, as much electricity as Sichuan province, with 81 million people, consumed altogether in 2020.

Cleaning up your act

Digital technology "should be a solution to the climate crisis, not a growing source of emissions," tweeted Greenpeace's Executive Director Jennifer Morgan. On carbon, China's president Xi Jinping is stuck between a rock and a hard place. He needs to keep his economic recovery apace if he hopes to meet his goal to double China's GDP by 2035.

Continued economic growth is an important part of keeping China's growing professional middle classes, many of whom have studied overseas and are adept at using VPNs to access foreign news, happy with the country's one-party governing system.

But at the same time, portraying China as a world leader in renewable energy and taking strong public stances on climate action forms an equally important part of Xi's attempt to present China as a responsible superpower. Some observers have called this international public image "Davos China," after the annual World Economic Forum in Switzerland.

With the world's largest population, China's emissions per person, 7.05 metric tons, are still well behind countries like Germany and Japan at 9.12 and 9.13 MT each, and far behind the US with 16.56 MT.

But China's per-person emissions have tripled over the last two decades.

More recently, China's attempt to build its way out of the pandemic saw its CO2 emissions rise by 14.% in the first three months of this year, compared with the same period a year before, says the Center for Research on Energy and Clean Air.

Energy consultancy Wood Mackenzie said last autumn for China to meet its 2060 target, its solar, wind and storage capacities will have to rise 11 times by 2050, while coal-fired power needs to halve.

And now for Xi, whose pledge last autumn at the UN General Assembly to be zero carbon by 2060 caught analysts by surprise, the world just got a bit more complicated.