Automation, its apologists insist, will "free up" telecom staff for less mind-numbing work. At KPN, its most noticeable effect has been to leave hundreds of employees with no work at all. The Dutch telecom incumbent had exactly 11,248 full-time workers at the end of 2019. A year later, after months of lockdown, some 1,146 had gone. More than 300 were victims of what KPN euphemistically calls a "simplification and digitalization program."

Investors are chuffed. KPN's share price rose 4% in Amsterdam this morning after cutbacks helped to safeguard profits and dividends. Although full-year sales dropped 3.9%, to about 5.3 billion ($6.4 billion), underlying earnings remained stable at some 2.3 billion ($2.8 billion) and free cash flow (FCF) was up 5.4%, to 765 million ($926 million). KPN raised its 2021 outlook, guiding for higher earnings and stable FCF. This year, it expects to pay a dividend per share of 13.6, up from 13 in 2020. 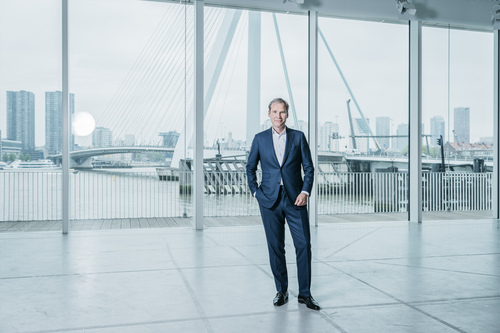 KPN CEO Joost Farwerck must have no time for play as he "digitalizes" his business.

Productivity-wise, the program of job cuts has led to major improvements at KPN over the last couple of years. Since 2018, annual sales have dropped about 6%, and yet revenues per employee have risen from 453,624 ($549,071) to 522,174 ($632,044) over this period, an increase of 15%. Divestment activity took some 838 employees out of the KPN workforce. Others simply found they had become an unnecessary cost.

The blame lies partly with COVID-19. While the virus has undoubtedly caused some pain for telecom operators, it has also lent support to cost-saving efforts. KPN pays tribute in its earnings report to "COVID-related shop closures" for reducing personnel expenses. Thankfully, consumers sealed in their homes have grown accustomed to shopping for smartphones and telecom services online.

There is less detail in the financial report about COVID-19's impact on the rest of the workforce. With offices closed, employees have clearly been forced to work at home. But the pandemic has also given operators both an incentive to pursue automation more aggressively and the justification for related cuts. With sales under some degree of pressure, margin-boosting "digitalization" initiatives have risen up the strategic agenda. At the same time, service providers can present new technologies as a safe alternative to crowded customer care and network operations centers  well-stocked fishing waters for any infectious disease.

"Customers are starting to accelerate trends that we thought would be two or three years out, things like automation of the network," says Jamie Jefferies, the European general manager of Ciena, an optical equipment vendor. A year ago, the suggestion that a NOC could be fully "virtualized" would have been dismissed as lunacy by some companies, he tells Light Reading. It meets less resistance now. "Many of these operators have had to virtualize their NOCs," says Jefferies. Successful initiatives will spur interest in other transformational moves, he reckons.

Even before the pandemic struck, there was talk of the zero-person NOC. Back in 2018, Finland's Elisa claimed to have seen a 15% reduction in customer complaints since clearing its own NOC of employees, along with a 50% fall in "incidents." Human technicians are required only when something goes badly wrong, explained Snorre Nordrum Solvang, a business manager at the Elisa Automate division. "If there is a major issue in the network, the robots call them and they can check it and deal with it straight away," he told an industry conference.

KPN's progress on network automation remains unclear, but the operator has offloaded thousands of employees in recent years as it has sold assets and prioritized efficiency. Back in 2012, it was a company that made annual sales of 12.7 billion ($15.4 billion) and employed 26,156 people internationally. Across this period, its productivity has not much improved. Revenues per employee were 485,548 ($587,712) eight years ago.

As justifiable as it might seem to KPN and its shareholders, automation will be an increasingly hard sell to the wider world. Unemployment in Europe is forecast to rise this year as lockdowns throttle the region's economies. Many people will understand why job cuts are planned by a struggling airline or retail outlet. They will have less sympathy for an operator cutting jobs while it rewards shareholders  and even more handsomely than it did pre-pandemic.

At least KPN has not called on authorities to pump taxpayer dosh into a technology it is unwilling to back with its own funds. The same cannot be said for the giants that are Deutsche Telekom, Orange, Telefónica and Vodafone, which last week urged Europe's governments to commit "public funding" to open RAN, an in-vogue but unproven technology. All reported huge profits for the first nine months of 2020. And while Vodafone has not provided a recent update on staff numbers, the other three cut more than 18,000 jobs, about 4% of their collective headcount. Asking for taxpayer help is unlikely to be a popularity booster.