The world is breaking apart, literally and metaphorically. Oil tanker-sized chunks of polar ice are disintegrating at an unprecedented rate. Tribalism is resurgent. The number of independent countries has tripled since the end of WWII, according to one estimate. Supranational bodies like the EU and NATO are under threat. Identity politics are rife.

The telecom industry is witnessing its own breakup after a long period of globalization that culminated in the development of a single, international 5G standard. Despite fears that some countries or companies would "fork" these efforts in pursuit of commercial advantage, network operators in all regions can today invest in the same underlying technology, even if attempts to harmonize spectrum allocation have proven less successful. Such coordination never happened in the 2G, 3G and 4G eras, and it promises benefits for the owners and users of mobile technology. But the system that produced it has recently taken a pounding.

The trade war against China launched by Donald Trump and his lieutenants is the main culprit. That pits the world's two technological superpowers against each other and features Huawei, the world's biggest 5G vendor, as a protagonist. Succumbing to US pressure, the UK recently banned Huawei from the "core" part of its 5G networks and severely curtailed its presence in other areas. If more countries bow to the wishes of the US, which insists Huawei is a threat to national security, the industry could fracture along geopolitical fault lines. Huawei would become even more dominant in China as well as friendly African and Asian countries, leaving US allies to Western rivals such as Ericsson and Nokia. This could presage a return to the bad old days of different regional standards, as vendors pursue development in isolation. 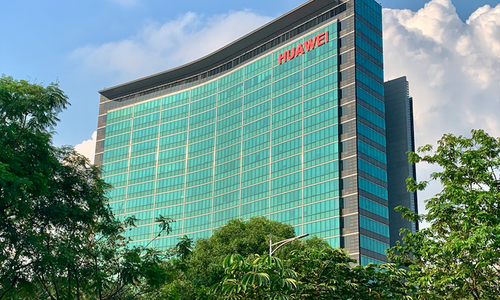 A power broker in 5G, China's Huawei now has its sights fixed on 6G development.

It remains unlikely in 5G. The first 5G standard is already "live" in different parts of the world and the industry has a clear 5G destination in view. A fork at this stage would mean wasting billions of dollars in research and development costs. It would risk derailing telco plans and could drive up equipment prices. Few in the industry are seriously worried that 5G will fragment.

The real danger is to what comes after 5G. While standards bodies have yet to lay out any firm parameters for 6G, research institutions and 5G stakeholders are already at work on technologies that could one day fall under the 6G umbrella. Last month, Japan's NTT DoCoMo announced plans to launch a commercial 6G network by 2030, building on research it has carried out since 2018. The technology, it said, would support even higher-speed services, take advantage of terahertz frequency bands, bring cost and energy improvements and boost connectivity "in the sky, at sea and in space."

In the past, companies such as NTT DoCoMo would pool their research through organizations like ETSI and the 3GPP. With everyone signed up to a system of global cooperation, these supranational bodies would iron out the technological kinks and ensure the industry coalesces around a single standard. But if the feud between China and the US leads to the balkanization of telecom, these groups could fall apart. Last June, Adrian Scrase, ETSI's chief technology officer, issued a stark warning that a US campaign against Huawei "could have a dramatic impact on future standardization."

Too many cooks
Trade wars and security concerns are not the only threat to these institutions. They could also be weakened by the recent proliferation of new groups trying to solve old problems in a less regimented way. The gravitation of service providers toward "open source" and more software based technologies -- as they try to break the stranglehold of several giant vendors -- explains many of the recent initiatives.

The new-look associations generally insist they are not formal standards or specifications bodies. But the O-RAN Alliance, one of the most prominent, is developing alternatives to the interfaces used in today's mobile networks. The mushrooming of groups is a worry to certain telco executives, too. "The worst for me would be an overlap between organizations and duplication of efforts," said Axel Clauberg, an Internet Protocol expert who recently joined AWS from Germany's Deutsche Telecom, during a conference at The Hague in late 2018. Despite the warning, new groups are still popping up. Already this year the industry has gained the 5G Future Forum, whose goal of working on "global 5G specifications and interoperability to accelerate 5G adoption" sounds identical to that of the O-RAN Alliance. Its members include América Móvil, KT Corp, Rogers, Telstra, Verizon and Vodafone.

The geopolitical undertones were apparent in vendor commentary about 6G this time last year. "What's in my mind right now is 6G," said Eric Xu, one of Huawei's rotating chairmen, during a February press event in Shenzhen. "For every new generation of technologies, some companies cannot follow up, and some companies will emerge even stronger." Months later, facing US sanctions, Huawei said it would effectively "clone" its entire 5G business and license this perpetually to a Western rival. Stunning many observers, the move suggested Huawei's priorities lay elsewhere -- in artificial intelligence, the cloud and even 6G for the markets it controls.

The world has had several competing standards before, but not amid the levels of hostility, protectionism and security-related anxiety that exist today. Political leaders have bought into the idea that 5G is the most important technology of the 21st century, raising the stakes even higher for 6G. India and Russia are determined to nurture their own equipment makers, while the UK says Huawei could face tougher restrictions "as the market diversifies." Desperate to avoid Chinese technology, even Vietnam wants to build its own mobile networks. A 6G arms race could be the telecom story that defines the decade.

MindCommerceResearch 3/2/2020 | 5:11:09 PM
6G a war of words alone, so far... Indeed, 6G will become a battleground, just as 5G is now. However, it is just a war of words for now as even those close to the ideation and initial R&D efforts struggle to even define what the sixth generation of wireless shall become.

For those interested in learning more, we have developed a decent summary of some of the consideration areas in terms of technology, capabilities, and potential solution areas in this blog post: mindcommerce .com/ sixth-generation-wireless/

[email protected] 2/7/2020 | 12:19:53 PM
6G will come ! Though 5G deployment is still in its infancy and most mobile users continue to operate on 4G networks, china announced plans  to launch two separate working groups that are specifically focused on advancing 6G. One group will be composed of relevant government departments, with the intent of promoting the development and implementation of 6G, while the other will be made up of people representing 37 universities, research institutes and enterprises, who will provide advice and insights on the technicalities of 6G deployment.
Reply | Post Message | MESSAGES LIST | START A BOARD

If carriers spend Billions on 5G upgrades and basically sell the same service at the same price as 4G, then why would they go through another spending cycle?