"We continue to hold a positive view on T-Mobile's competitive position and meaningful synergy-driven FCF [free cash flow] step-ups over the coming years with eventual outsized [stock] buybacks to boot," wrote the financial analysts at Cowen.

Others agreed. "With accelerating operating results, and the launch of a large [stock] buyback planned for 2023 (and potentially sooner), we believe T-Mobile will be very attractively positioned as we get closer to midyear," wrote the analysts at Evercore.

"Our long-term view isn't changing, but the next couple of quarters may be better than we feared," added the financial analysts at New Street Research. "Investors shouldn't have to wait until 4Q22 to see strong evidence of the thesis in reported results."

Wall Street investors were also bullish about T-Mobile's results. The company's stock popped 10% in the hours after they were released, rising from around $109 per share to about $120 per share. 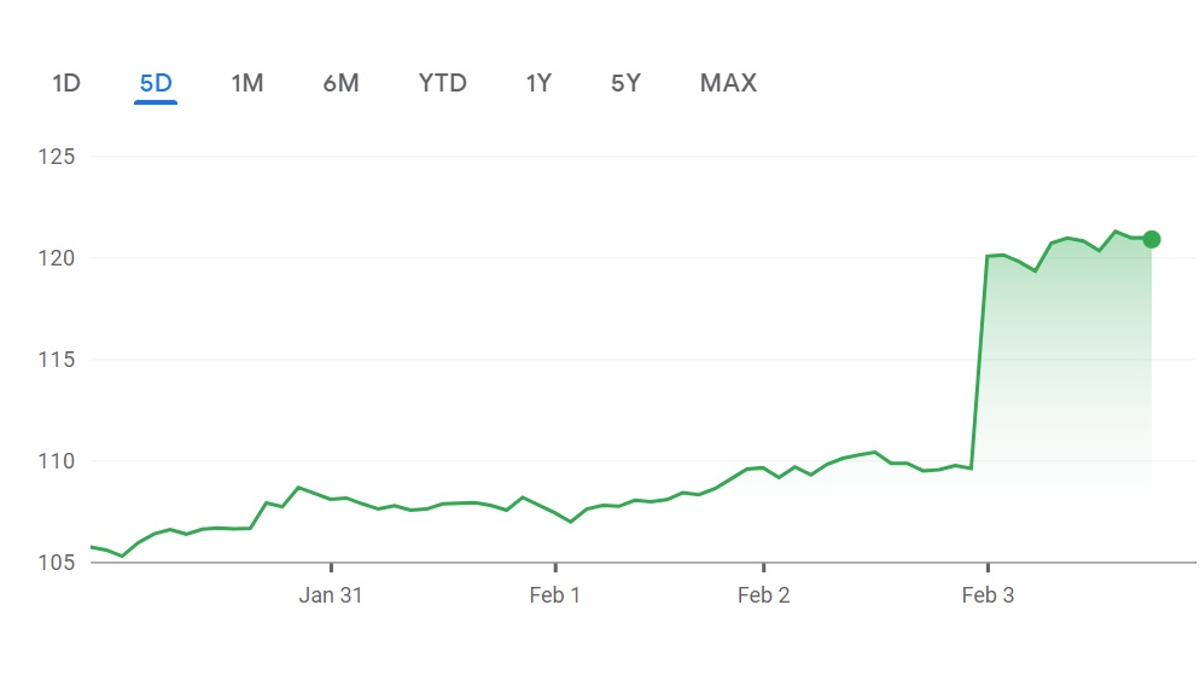 T-Mobile's stock rose significantly following the release of its fourth-quarter earnings results and its 2022 outlook. Click here for a larger version of this image.
(Source: Google Finance)

The financial analysts at Sanford C. Bernstein & Co. described T-Mobile's stock performance as "extraordinary," given the fact that shares of many telecom companies have been on the downswing for months. Both AT&T and Verizon saw their share prices fall last week after the companies released their fourth quarter results.

T-Mobile reported financial successes in getting Sprint customers to stay with the T-Mobile brand following its acquisition of Sprint, as well as increases in average revenue per user. T-Mobile also said it expects to add up to 5.5 million net new postpaid customers during 2022, which is more than expected. That's particularly important considering widespread expectations that outsized growth in the US wireless industry will slow in the coming months.

"T-Mobile is just beginning to enter a period when its network will be the industry's best," wrote the financial analysts at MoffettNathanson in a note to investors. "The industry has never seen a competitor that combines both the best network and lowest prices. There is no solvable equilibrium market share in such a case; economic theory would suggest that T-Mobile would take all of the market.

"We believe T-Mobile's worst-to-first journey has years of growth in front of it."