T-Mobile's CEO is in the final stages of hiring a replacement for the operator's longtime CFO Braxton Carter, according to a new report from the Wall Street analysts at Cowen.

Citing meetings with company officials, the Cowen analysts wrote that T-Mobile CEO Mike Sievert is "far along" in the hiring process, and is considering both internal and external candidates. They speculated that Susan Loosmore, who was recently named T-Mobile's new EVP of financial planning and analysis, reporting to Carter  is likely a top candidate for the job.

That Carter is reportedly departing the operator doesn't come as much of a surprise. His employment contract with the company ends July 1, and GeekWire noted he's eligible for a cash bonus of $7.5 million on his departure. 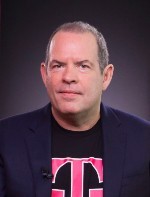 T-Mobile's Braxton Carter joined the company in 2013 via its acquisition of MetroPCS.
(Source: T-Mobile)

"I was supposed to retire two years ago. I've extended three times," he acknowledged, according to a Seeking Alpha transcript of his remarks, when questioned about his potential departure. "We have nothing to announce today. Ultimately [in] whatever capacity, I love this company. I'm not going anywhere. And in some form, I will definitely be part of the future. Just stay tuned for future announcements."

Importantly, Carter added that he's in the midst of reconciling the financial accounting between T-Mobile and Sprint, which merged April 1.

"We are in the process of aligning over 200 accounting policies that are disparate," he explained.

Company officials said that work would be finished and presented to Wall Street during T-Mobile's next quarterly conference call, which will likely be held sometime in July.

T-Mobile officials did not immediately respond to questions from Light Reading about the Cowen report.

Carter's replacement will have plenty of work to look forward to. The operator is in the early stages of a $60 billion, five-year 5G network upgrade program.