"After Japan, the world," cackled Rakuten boss Hiroshi Mikitani, stroking a white cat as he gazed at his blueprint for a takeover of the world's telecom networks.

It's obviously a made-up scene, and the real-life Mikitani bears little resemblance to Blofeld or any other Bond villain, but his desire to make Rakuten one of the global powerbrokers in the future 5G economy is no fiction.

The e-commerce giant stunned the telecom industry in 2018 when it revealed plans to build a fourth mobile network in Japan using state-of-the-art technologies. In the last few months, the real purpose of that bold move has become clear: Not to become just another mobile operator in Japan, but to spark a global revolution in which Rakuten plays a pivotal role.

The basic plot has a Bond movie's simplicity. 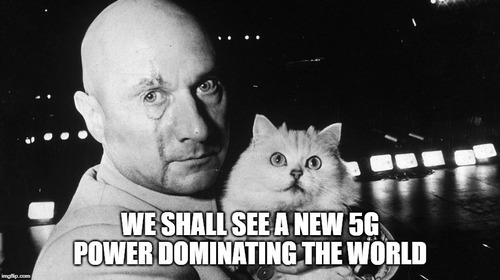 First, Rakuten must prove its arsenal of cloud, software and less proprietary network technologies can triumph against Japan's telecom godzillas.

This success, according to the plan, would foment revolutions in other countries led by Rakuten wannabes. On cue, the Japanese firm would then appear with the helpful offer of services and expertise, rather like a clandestine agency sponsoring regime change.

"They want to go and talk to the newer operators and say we have a blueprint and can give you our understanding and ecosystem and help you," said a source close to the Rakuten project, requesting anonymity. "It becomes a business-to-business sale for them."

Rakuten is already known to be in discussions with Dish Network, a US company that also wants to build a fourth mobile network in its domestic market.

Dish is now the lead candidate to become the first external customer of the Rakuten Communications Platform (RCP). That platform's app store interface would allow Dish to access the same cloud and software tools Rakuten has developed for its own network in Japan.

In a sign of its closeness to Rakuten, the US operator today revealed that Altiostar, a software company that has received investment from the Japanese firm, would power the mobile network it is building. Just like Rakuten's, that will use "open RAN" (O-RAN) specifications, allowing Dish to work with multiple vendors instead of being tied to one supplier's system.

To support its global ambitions, Rakuten today set up a new international headquarters in Singapore that will be a development center for RCP as well as the sales and marketing hub of the business.

Newly recruited Rabih Dabboussi, who previously worked for Cisco, will take charge of that sales and marketing activity.

Rakuten is also setting up a US facility in California, responsible for the company's marketing efforts in the Americas. Azita Arvani, who joined Rakuten in February, will be in charge of that facility as general manager for the Americas region.

Those announcements were timed to coincide with another revelation that Rakuten has now registered more than 1 million customer "applications" for the mobile network service it launched in April.

Targeting 3 million subscribers by the end of the year, it needs to silence critics who say it will struggle to attract and serve customers in Japan with immature and hard-to-scale technologies. Fail there, and its master plan for the world could die.

Mission impossible?
Its mission looks hard enough. As financially squeezed operators hunt for more efficient technologies and back-office systems, the idea of running IT and network applications in the cloud has caught on. An array of cloud options now confronts the average telco, and it includes the likes of Amazon Web Services, Google and Microsoft.

Rakuten believes there is an appetite for an offer that does not come from these players or the traditional vendor community, represented by the likes of Nokia.

"Rakuten is built for the telco industry," said Tareq Amin, the chief technology officer of Rakuten Mobile  the part of Rakuten responsible for the telecom expansion  during an update on the firm's plans last month. "We understand how to build a platform optimized for real time. It is open source and collaborative and puts us in a unique position."

But operators may face a more existential question. The network technologies Rakuten has pioneered were conceived partly because of telco anxiety about overreliance on a few all-powerful suppliers. Will they really trade this for a similar relationship of dependency with cloud providers, including Rakuten?

It's a question posed in a recent LinkedIn article by Franck Spinelli, the CEO of a networks startup called Amarisoft, which has previously attracted support from Orange, one of Europe's largest operators.

Rakuten's scheme, writes Spinelli, would turn operators into "marketing companies and frequency landlords, just renting out their property." He doubts what he calls a "vampire strategy" will be sustainable for some of these firms.

A related danger is that Rakuten becomes a competitor for enterprise and government customers in the 5G market. Its RCP could be offered directly to corporations and public-sector organizations building their own private networks, and Rakuten flags interest in both groups in today's announcement.

For many telcos, the initial pitch may be hard to resist, though. "Rakuten will say let us show you what we can do and how a disruptor really disrupts a traditional status quo telco market and how you can do that at a lower total cost of ownership," said Light Reading's anonymous source.

In Japan, Rakuten is pricing 4G services at about half the rate charged by rivals, insisting it wants consumers to benefit from its substantially lower network costs. That will grab the attention of prospective greenfield players in developed markets. 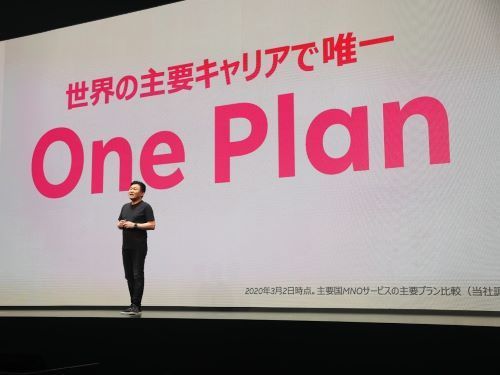 Many of the doubts that persist relate to the technology itself. Open RAN, in particular, looks unsuited to mass-market rollouts of higher-speed services, despite recent progress.

"Would we be ready to take open RAN to a dense urban area to do what is needed there and even 5G? Probably not," said Yago Tenorio, Vodafone's head of network strategy, during a webinar this week. "But are we getting there? Yes. Are we accelerating the pace? I think so, too. It is a matter of time before we get solutions that can compete."

Some recent forecasts seem to reflect that acceleration. Open RAN currently accounts for only about 1% of total RAN sales, according to Dell'Oro, a market-research firm. It "could approach a double-digit share" within the next five years, said Stefan Pongratz, one of Dell'Oro's analysts, in a widely circulated email sent last week.

Besides being a litmus test for this technology, Rakuten's network project in Japan is an important showcase for a new crop of technology suppliers, as well as Japanese vendors that seemed to shrivel on the world stage in the 4G era.

At the forefront of this bunch is NEC, a company chosen to build not only 5G radios for Rakuten but also its standalone 5G core  in preference to more established core network vendors including Cisco, Ericsson and Nokia.

Just last week, Japan's NTT took a 5% stake in NEC for a $600 million investment, creating an interesting dynamic as one of Rakuten's chief rivals. Buoyed by recent publicity, NEC has also reportedly been in discussions with UK authorities about a role in that country's 5G deployment.

Dean Bubley, an outspoken industry analyst, notes a "quiet resurgence of Japanese tech firms" in his own LinkedIn update. Fujitsu, another Japanese company he mentions, was today named by Dish as the provider of the radios that will run Altiostar's software.

"Overall, Japan seems likely to be much more important in 5G than it was in 4G," writes Bubley.

Rakuten cannot take all the credit for this resurgence, but its high-profile plans have certainly drawn attention to what Japan has to offer. As the e-commerce firm plots a bigger networks role globally, Japan's tech firms are likely to be willing accomplices.