Rakuten is off to a slow 5G start

Roman numerals seem to be catching on in the technology sector.

After Apple pinned an X to its tenth iPhone, Japan's Rakuten attached a V to the 5G service it launched today. Denoting victory in many countries, the V sign is more commonly used as a countercultural symbol of peace in Japan and known as pīsu sain.

But at this stage it is unclear if Rakuten's "Unlimit V" rollout will either pacify the critics or bring victory over the competitors. 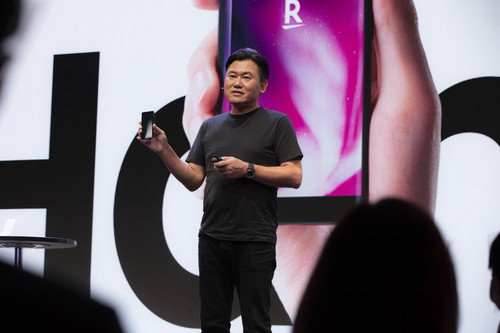 Rerunning the excitement of its 4G launch in April was never going to be a cakewalk for Rakuten.

Perhaps better known as Asia's answer to Amazon, it is building a fourth mobile network in Japan using lower-cost and more up-to-date cloud and software technologies than older firms have deployed. This, it claimed before the 4G launch, would allow it to undercut rivals and lure subscribers.

One question was if consumers not renowned for their price sensitivity would much care.

Another was if Rakuten's largely unproven technologies would measure up. If they do not mind paying high prices, the Japanese expect their mobile services to be top notch.

After today's 5G announcement  delayed by several months due, Rakuten said, to the coronavirus  a few doubts may remain.

Cheap, where you can find it
The headline news was the price.

Rakuten has been charging just 2,980 Japanese yen ($28.20) per month for its 4G service, a fee it claims is 67% cheaper than equivalent services. Unlimit V will cost exactly the same, giving customers a 71% saving compared with Japan's other 5G offers, according to Rakuten CEO Hiroshi Mikitani.

The terms of use are also the same: As the branding implies, that means unlimited data and calls on the Rakuten network, but restrictions when roaming onto that of KDDI, the roaming partner Rakuten chose while it extends coverage.

Moreover, some 3 million customers will be entitled to free services for a year.

But 5G service availability is seriously limited, as Japanese reporters were quick to point out during a press conference earlier today.

When Rakuten launched 4G in April, it did so across much of Tokyo, Nagoya and Osaka on nearly 3,500 basestations. The 5G service is currently available across a few "parts" of Tokyo, Kanagawa, Saitama, Hokkaido, Osaka and Hyogo.

No basestations figure was provided, and there is no 5G roaming deal with KDDI. Asked about that, Yoshihisa Yamada, Rakuten's president, said there would be little advantage because KDDI's 5G service is also not widely deployed.

Rakuten has promised to crack on. By the end of March next year, it aims to have 5G launched in every prefecture. By the second quarter, it will be ready to switch from a Cisco 4G core to an NEC 5G one (so-called standalone 5G), it said.

There is still an expectation that Rakuten will spend about JPY200 billion ($1.9 billion) on basestations by the end of 2024, a commitment it has provided to Japan's government.

But Yamada was unable to provide much clarity on the speed of rollout or disclose firmer coverage targets.

"We are using different frequencies from 4G and because of their different characteristics it is difficult to expand service areas," he said.

The company has launched 5G using spectrum in both the sub-6GHz and millimeter wave bands. For the former, it is using radios developed by NEC, featuring Intel chips. The higher-band services rely on radios from Airspan, a US company, and incorporate Qualcomm circuitry.

Yet despite introducing services in this faster range, Rakuten's 5G service will initially deliver about 870 Mbit/s  a launch speed that has clearly underwhelmed the Japanese media.

Tareq Amin, the chief technology officer of the Rakuten Mobile subsidiary, has promised that 2 Gbit/s is on its way and that a speed upgrade will be much easier than it is for competitors because of Rakuten's network sophistication.

"I am beyond confident that speed will be much better than 870 Mbit/s and will will go north of 2 Gbit/s on millimeter wave and much higher on sub-6GHz," he told reporters. "It is just matter of timing for software enhancements."

Besides being slower than hoped, and not widely available, the 5G service will not currently run on many handsets, either.

Those who prefer other brands will just have to wait.

Why 5G?
Rakuten might have been able to silence a few critics already if subscribers had piled into its 4G service, but executives have been extremely coy about customer adoption since reporting 1 million "applications" at the end of June.

"There are some gaps between applications and subscribers, of course," said Yamada today. "All I can say is 1 million applications so far."

The figure will need to be much higher when Rakuten next reports to reach a target of 3 million by year end.

Previously, it has acknowledged that breaking even will take longer if adoption falls short of the targets.

The rock-bottom 5G prices might entice more consumers, but they may unsettle investors already gloomy about the 5G sales opportunity.

In August, Rakuten swung to an operating loss of JPY32.6 billion ($310 million) for the second quarter, from a profit of JPY3.2 ($30.3 million) a year earlier, largely because of mobile rollout costs.

Some investors may be asking why Rakuten felt the need to build a mobile network at all.

It is not something US Internet firms are likely to do, and the opportunity for disruption in technologically advanced Japan looks smaller, to detractors, than it did in India, where Amin previously had success with Jio, now that country's largest service provider.

Rakuten could always use a mobile network to reach new customers for its e-commerce and other services. But it had 100 million of those already.

Today's announcement was also missing any details about new types of 5G service beyond the 4G smartphone experience.

"Large capacity is one thing," said Yamada when asked what specific benefits 5G would bring. "Movies and videos can be downloaded at very fast speed and with very small latency you can enjoy playing games."

The bigger telecom opportunity could involve selling the software tools Rakuten has used in Japan to service providers in other markets.

It has valued that market at up to $380 billion and is in talks with more than 70 service providers and governments about its Rakuten Communications Platform.

Success is unlikely to come if Rakuten cannot dazzle at home.