Millicom back to profits as LatAm gets jabbed

Millicom, the Nasdaq-traded mobile operator focused on Latin America, swung back to profits in a turnaround third quarter, while also announcing it may follow Telefónica in splitting off its infrastructure and mobile financial services businesses.

The company had "double-digit customer growth in Latin America" in the quarter and "grew service revenue by 9%," CEO Mauricio Ramos said on a conference call.

All told, it inked a $5 million net profit in the quarter, compared with losing $51 million a year before. 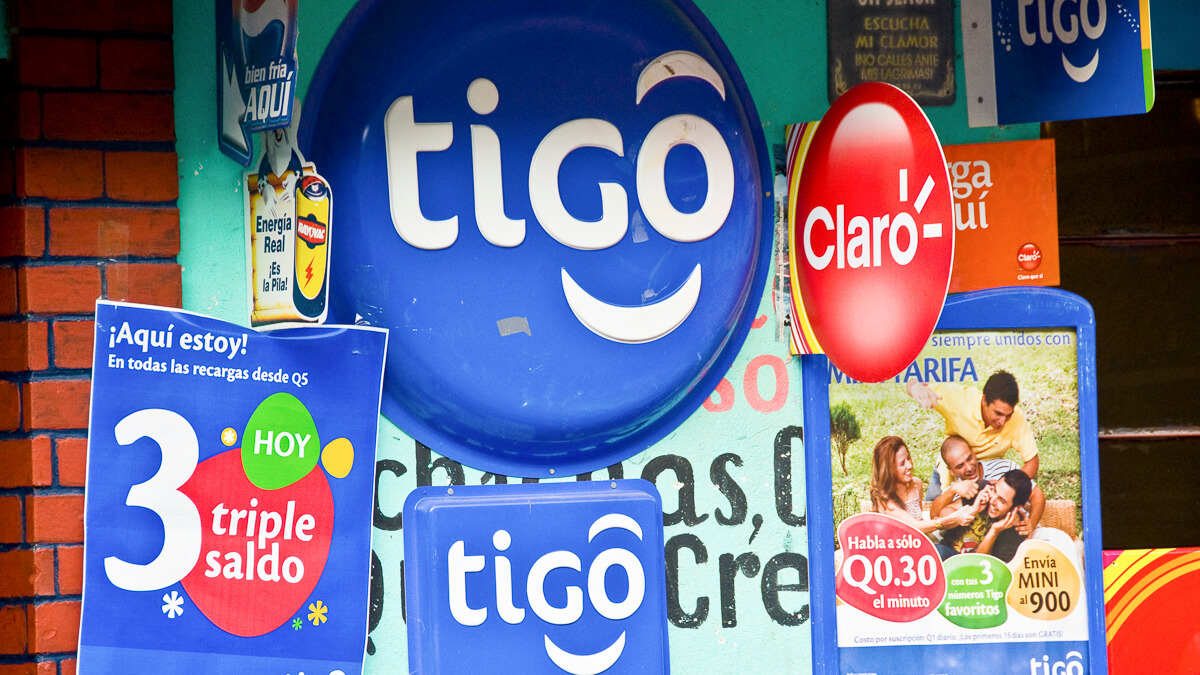 Mobile service revenue was meanwhile up 6.5% from a year before at $1.1 billion, and repaying debts (particularly in Guatemala) led to a "significant" cut in the company's interest payments, down to $80 million from $93 million.

In El Salvador, service revenue sprang up 18% after the company splashed out to buy spectrum and expand its networks, said Ramos.

But Colombia is the big success story for Millicom's Tigo brand at the moment, where it has also bought spectrum (it's now the largest holder of 700 megahertz spectrum in the country) and added 359,000 mobile customers in the quarter, growing its customer numbers by 18%.

Previously in Colombia, the company "suffered from a lack of scale," meaning "it is next to impossible to be profitable in mobile with only 17% market share."

Tigo's other brightest stripes were Nicaragua (where mobile customer numbers grew by 15%) and Costa Rica (by 12%).

Across the region as a whole, Ramos' company bagged 4.4 million mobile customers since this time last year, up to 44 million. Its postpaid customers grew by a higher proportion, by 19%, to 5.68 million. The "vast majority" of these were in Colombia, says Ramos.

Debt continues to be a big concern for the group: Underlying gross debt at the end of September was a smidgen over $6 billion.

But this at least is heading the right way, with debt company-wide decreasing by $133 million in the quarter. Debt in Guatemala and Honduras (source of $737 million of the company's debts) was down by $3 million.

On the down side, the chip crisis has caused "acute shortages" for set-top boxes, which the company has tried to address with "a lot of forward purchases," says CFO Tim Pennington.

The company's subscriber numbers benefited from stable currencies and improving vaccination rates across the Latin American region. Panama, El Savlador and Costa Rica have more than 50% of their populations vaccinated, while Nicaragua remains below 20%.

But analysts still scratched their heads at what a return to inflation could do to Latin American operators.

The company is getting out of Africa in a big way. It completed the sale of its joint venture in Ghana in the third quarter of 2020.

And in April, it announced it was selling its last African business, in Tanzania, to Axian, a pan-African group which was part of the consortium that bought its Senegal operations in 2018.

Tanzania stopped being profitable when a new government levy hit mobile money transactions, which make up a third of Millicom's revenues in Africa.

Spinning off its towers and financial services teams could "give us optionality to bring in partners for either venture," says Ramos. Millicom has 9,000 telecommunications towers, 12 data centers and 170,000 kilometers of fiber optic cable.

Ramos lauded his company's culture, which he calls "our unique Sangre Tigo."

But in this it may just be following a trusted recipe book from Telefónica and América Móvil. Which both chose this year to sell their towers, too.