KPN stands by Huawei as it overhauls networks

In 1BC (before coronavirus), when Donald Trump was tussling with the Chinese, KPN did a very unusual thing. As Trump's campaign put the heebie-jeebies up Europeans, prompting a few operators to back away from Chinese suppliers, the Dutch telco incumbent struck a 5G deal with Huawei. Its counterintuitive decision meant that Ericsson, the Swedish vendor now profiting in Europe at Huawei's expense, would have to be removed from KPN's existing radio access network.

It was an old-fashioned move that seemed driven by commercial reality rather than geopolitics. "The decision on our mobile modernization was via a very solid RFQ [request for quotation] process," says Babak Fouladi, KPN's chief technology officer. "We choose our partners based on technology and interoperability."

Has it paid off? The performance measures are certainly encouraging. Ookla, which carries out speed tests, rates KPN's 5G service as the fastest in the Netherlands, says KPN in its last annual report. Umlaut, another monitor, calls it the "most innovative," according to the operator. OpenSignal, whose six monthly updates KPN does not reference, is also positive. KPN, it said in September 2020, has seen "impressive gains on speed since our last report." Average mobile download speeds had risen 7.9%, or 4Mbit/s, since its last report. 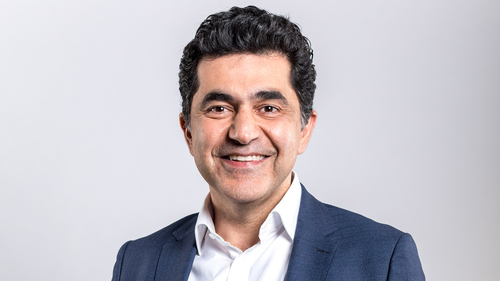 KPN's Babak Fouladi is not desperate for open RAN.

The danger is that Dutch authorities decide to follow the example set by the UK, France and Sweden, limiting Huawei's presence in 5G. KPN has already upgraded 2,800 of its 5,000 mobile sites and made 5G services available to 70% of the population, said CEO Joost Farwerck in January. Switching from Huawei to another supplier  and possibly back to Ericsson  would be disruptive and costly, forcing KPN to write off the 4G and 5G network equipment it has recently installed.

As unlikely as a government ban may be, it remains a possibility, KPN acknowledged in its last annual report. "The Dutch government has issued a policy that enables it to exclude suppliers from certain countries from critical parts of telecom networks in the Netherlands," it says. "Further regulations on technical and other requirements for operations are expected in 2022."

To mitigate the risk, KPN will not allow Huawei anywhere near its 5G core, the control center of the network. The decision mirrors that of Germany's Deutsche Telekom and means KPN can boast a multivendor network, even if there are single vendors in specific domains. The core job has gone to Ericsson, which has replaced some older core products provided by Huawei. The vendors are essentially being flipped in a sort of cabinet reshuffle  only one whose appointees actually know what they are doing.

Government bans aside, analysts worry that US trade sanctions, restricting Huawei's access to vital components, could deplete its inventory and ultimately make its network products less competitive. So far, there has been no sign of an impending crunch, and Fouladi does not sound anxious. "We look at it quite a bit as far as stock supplies go," he says. "Their products are still around for quite a lot of operators."

That might explain why he does not see open RAN as a priority. The new technology, say its backers, will let operators mix products from different vendors at the same mobile site, something not possible with traditional networks (including those KPN buys from Huawei). It has caught the attention of operators as a potential spur to competition, especially if Chinese vendors become unavailable. But Fouladi is currently more of an open RAN spectator than a participant.

He is in favor of the changes it would supposedly bring, though. "Conceptually, we are very much for open RAN," he tells Light Reading. "It is always a good thing to bring more competition and innovation into the industry." What Fouladi rules out is any deployment of open RAN technology in the next year or two. Its teething troubles make wariness understandable. But given KPN's recent shift from Ericsson to Huawei, and its desire to amortize that mobile network, Fouladi's relative lack of interest is even less surprising.

The other big equipment vendor with a prominent role at KPN is Nokia. Under its latest network strategy, KPN plans to extend full-fiber networks to one half of all premises in the next three years and 65% of them by 2025, up from just one third today. The Finnish vendor has been tasked with that project.

It is a major broadband upgrade that will gobble up resources. In fact, Chris Figee, KPN's chief financial officer, recently told investors he had spent about 294 million ($355 million) on fiber rollout last year, up from just 127 million ($153 million) in 2019. KPN added roughly 319,000 households to its fiber footprint in 2020. This year, it plans rollout to another half a million.

Can it be justified? From a sales perspective, KPN insists that revenue growth from fiber services in the fourth quarter "outweighed" losses on copper service revenues for the first time ever. As far as Fouladi is concerned, full fiber will also provide KPN with the "future proof" network that allows it to avoid similar overhauls in the years ahead.

To minimize future effort, the operator is basing its rollout on a mixture of Nokia's GPON and XGS-PON technologies. The GPON standard, the main flavor of today's full-fiber networks, satisfies immediate needs and might be good enough for several years. Eventually, it will make way for XGS-PON, a 10-gigabit system aimed at business customers in the first instance. Some 90% of mobile sites have also been "fiberized" using 10-gigabit links.

Fouladi says his employees have helped develop a GPON and XGS-PON "combo card" to simplify the fiber upgrade. "We chose Nokia as a fixed provider and when they did the combo card we were part of that development team and very much involved in their R&D in this area," he says. After XGS-PON, and possibly a decade from now, he expects to take advantage of 25G PON, a technology that Nokia is backing over the Huawei-endorsed 50G PON as the next industry transition.

In synchronicity with these expensive network jobs, KPN is trying to simplify and automate operations, a process that involves the closure of older platforms and networks for savings. On the networks side, the rollout of fiber supports the decommissioning of copper, while KPN's transition to an all-Internet-Protocol network means it can remove ISDN and SDH lines. 3G is set for the knacker's yard, too.

When it comes to IT, this rationalization sounds like an even more complicated task. "Throughout history, we have had a lot of acquisitions and multiple services and now we are trying to take all the different billing and provisioning systems and build them into two stacks, a consumer stack and a business stack," says Fouladi. As systems are moved into those stacks, older platforms are closed down, he explains.

Automation remains a focus area. KPN has already taken manual effort out of managing the network alarms and alerts that happen on a daily basis. The next step, says Fouladi, is predictive maintenance, or using advanced systems to anticipate when problems might arise. "We are trialling it now and have some successful cases on it already and I can see this being rolled out this year," he says.

The success of such initiatives can be glimpsed in the company's earnings statements. KPN has been able to reduce annual costs by 140 million ($169 million) in the last two years and reckons it can save another 250 million ($302 million) over the next three with further rationalization. Its underlying margin for earnings rose from 38.6% in 2015 to 44% last year. 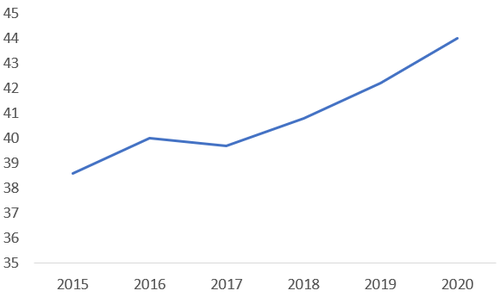 Somewhat inevitably, those initiatives have meant layoffs. Indeed, KPN's workforce has been decimated in the last seven years. Back in 2014, it employed more than 18,000 people. By 2020, the number was down to exactly 10,102, according to the operator's accounts. Divestment activity is largely to blame, but "simplification and digitalization" were responsible for precisely 308 of KPN's 1,146 job cuts last year alone, it said in a recent earnings statement.

Fouladi is unwilling to remark specifically on the human cost and whether automation still has many jobs left to claim. "There is a shift of work that needs to be considered, but our target is simplification and digitalization and we see that in the efficiency of the organization," he says. With sales growth proving so elusive in Europe's telecom sector, that efficiency looks more important than ever.