When Börje Ekholm, Ericsson's unlikely savior, claims to have nabbed 5G market share in Europe from "non-Chinese rivals," their identity is hardly a secret. Take out Huawei and ZTE, the Chinese competitors, and Europe is left with Finland's Nokia and South Korea's Samsung  besides Ericsson  as the main product suppliers for the region's 5G radio access networks (RANs).

But Samsung, despite its best efforts, has a marginal presence in Europe. By "non-Chinese rivals," the Ericsson CEO really means the men, women and robots who work at Nokia. As Europe gives Huawei the heave-ho, the Finnish company is emerging as Ericsson's number-one competitor in many European markets. 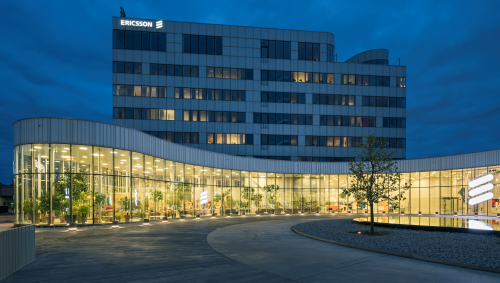 Ekholm's thinly disguised putdown, delivered during Ericsson's earnings call today, will redden human faces at Nokia. About a year ago, the Finnish firm owned up to problems at its 5G product business. Among other things, the expensive "field programmable gate arrays" (FPGAs) it mistakenly chose for its equipment had chewed into profit margins. Rivals that had preferred "application-specific integrated circuits" (ASICs) were more cost-competitive  or such was the implication.

Nokia is dumping the FPGAs and switching to lower-cost components, and its profitability has already improved. After losing RAN contracts a few years ago with Deutsche Telekom in Germany and Vodafone UK  to Ericsson, in both cases  Nokia has recently trumpeted some European wins. Those include a bigger deal with the UK's BT, covering the swap-out of some Huawei equipment. It is also replacing Huawei in Belgium, where it beat Ericsson to a RAN contract with Orange and Proximus, operators of a joint mobile network.

Still on the march

Yet Ericsson insists it is still advancing. "We have taken market share in Europe, and that has been largely taken from non-Chinese competitors," says Fredrik Jejdling, the head of Ericsson's networks business, echoing the earlier comments of Ekholm. The gains have come largely through the expansion of Ericsson's footprint with customers it already served, something it managed with Vodafone UK when it replaced Nokia. Worldwide, Ericsson's share of the RAN market is growing about one percentage point annually, Jejdling tells Light Reading.

Profitability is perhaps still the biggest challenge for Nokia while it grinds through its transition to cheaper components. Its portfolio of fixed access, IP routing and optical network products means a direct comparison with mobile-only Ericsson is difficult, but mobile accounts for the bulk of its network sales  about 63% in the recent second quarter (Nokia reports third-quarter results next week). For that period, Nokia's gross margin was 35.6%, a significant improvement on 31.1% a year earlier but still well below Ericsson's third-quarter figure of 46.5%. Lower profitability obviously makes it harder to compete on cost.

Ekholm and Jejdling pointedly attribute their own cost-competitiveness to the sort of 5G R&D focus that has more recently become a priority for Nokia. "R&D is a way to lower costs and we do that by increasing the pace of introducing new ASICs, for example," said Ekholm. "What we have been able to do is offer a more cost-competitive portfolio and that is really driven by R&D investments."

So far this year, Ericsson has pumped about 29.3 billion Swedish kronor ($2.8 billion) into R&D. When Ekholm took charge of an ailing Ericsson  with a much broader range of interests  about four years ago, it had spent just SEK22.7 billion ($2.2 billion) on R&D over the corresponding part of 2016. "There are lead times and if you don't properly plan for that and invest enough, then it is hard to catch up," says Jejdling. "We learned that the hard way a few years back."

Lifting profitability could be a drawn-out process for Nokia. By the end of this year, it expects only 35% of its 5G products to use the lower-cost chips in which it is now investing. The share will rise to 70% next year before the FPGAs disappear entirely in late 2022. For a vendor that reported a first-half net loss of $16 million (on the basis of International Financial Reporting Standards), the situation is awkward. Nokia has already had to lower a 700 million ($831 million) savings target by 200 million ($237 million) to support its R&D push.

Cost-competitiveness is not the full story, of course, and many features of Nokia's 5G technology are valued by customers and analysts alike. Moreover, with so few vendor alternatives, operators are not about to jettison Nokia as Europe sours on the Chinese. Fully aware of those dynamics, Ekholm still believes there is more for Ericsson to gain. "For practical reasons, I think our customers would like to maintain vendor diversity," said Ekholm. "But for some operators there is a clear benefit of having just one vendor in the network."