After another round of warnings from the airline industry, AT&T and Verizon on Tuesday said they would not turn on their 5G networks in C-band spectrum at an unspecified number of towers near airports.

"At our sole discretion we have voluntarily agreed to temporarily defer turning on a limited number of towers around certain airport runways as we continue to work with the aviation industry and the FAA to provide further information about our 5G deployment, since they have not utilized the two years they've had to responsibly plan for this deployment," AT&T wrote in a statement. "We are frustrated by the FAA's inability to do what nearly 40 countries have done, which is to safely deploy 5G technology without disrupting aviation services, and we urge it do so in a timely manner. We are launching our advanced 5G services everywhere else as planned with the temporary exception of this limited number of towers."

According to a number of reports, Verizon planned to take similar actions.

Shortly after the news, President Biden issued a statement thanking the operators. "This agreement will avoid potentially devastating disruptions to passenger travel, cargo operations, and our economic recovery, while allowing more than 90% of wireless tower deployment to occur as scheduled," he said. "My team has been engaging non-stop with the wireless carriers, airlines, and aviation equipment manufacturers to chart a path forward for 5G deployment and aviation to safely co-exist  and, at my direction, they will continue to do so until we close the remaining gap and reach a permanent, workable solution around these key airports."

The US airline industry issued a stark warning Monday about the effect that 5G in C-band spectrum might have on their operations. "Immediate intervention is needed to avoid significant operational disruption to air passengers, shippers, supply chain and delivery of needed medical supplies," wrote many of the nation's top airline officials in a letter dated Monday. The letter was addressed to White House National Economic Council director Brian Deese, Transportation Secretary Pete Buttigieg, FAA Administrator Steve Dickson and FCC Chairwoman Jessica Rosenworcel.

"Unless our major hubs are cleared to fly, the vast majority of the traveling and shipping public will essentially be grounded," the letter warned. The letter was signed by the CEOs of airlines including Southwest Airlines, United Airlines and FedEx Express. "This means that on a day like yesterday, more than 1,100 flights and 100,000 passengers would be subjected to cancellations, diversions or delays." 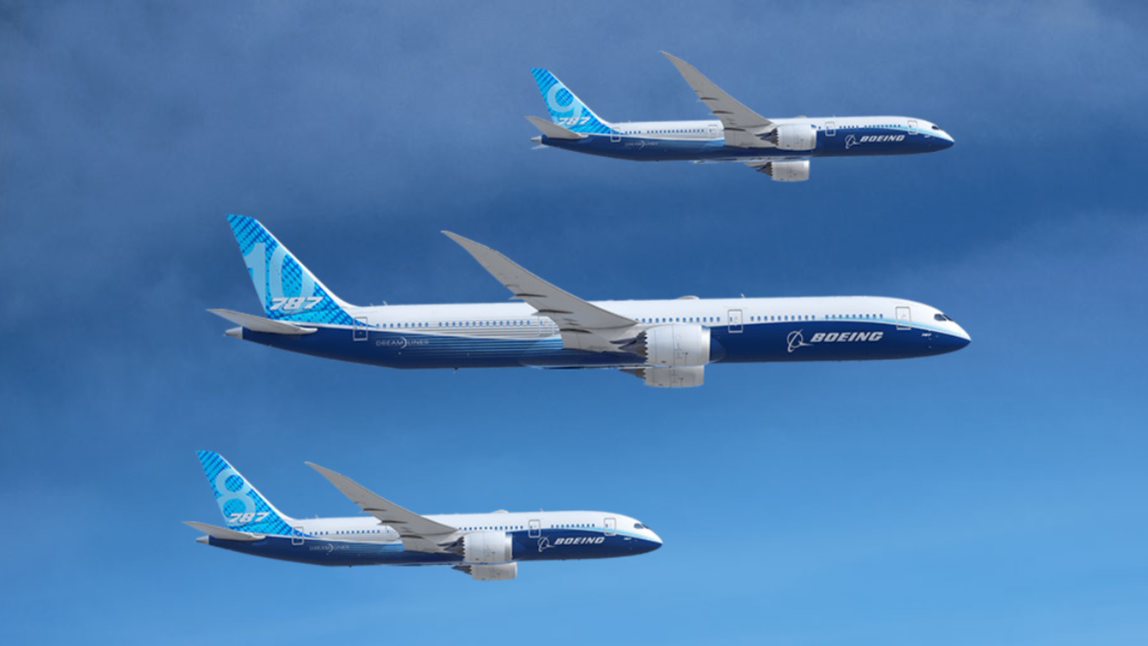 The radio altimeter in the Boeing 787 could be affected by 5G operations in C-band spectrum.
(Source: Boeing)

They continued: "To be blunt, the nation's commerce will grind to a halt."

According to Reuters, which first reported on the letter, top airline executives including Boeing CEO Dave Calhoun held a lengthy call with White House officials on Sunday. However, based on their letter Monday, it appears they were not able to obtain the regulatory support they wanted.

In a statement to Fox Business published Tuesday, the FAA said it's working to resolve the matter.

"This combination of aircraft and altimeter approval opens up runways at as many as 48 of the 88 airports most directly affected by 5G C-band interference," the FAA said. "Even with these new approvals, flights at some airports may still be affected. The FAA also continues to work with manufacturers to understand how radar altimeter data is used in other flight control systems. Passengers should check with their airlines if weather is forecast at a destination where 5G interference is possible."

Other government agencies, including the FCC, declined to comment, according to multiple reports.

One industry observer remarked on what appears to be the airline industry's strategy of last-minute, public, high-stakes negotiations with the wireless industry. "The airline industry seems to make a habit of filing stuff that could be filed much earlier on holiday weekends," tweeted Harold Feld of public-interest group Public Knowledge. "This further increases the appearance of game playing rather than serious engagement."

The remarkable, ongoing public debate between the US airline industry and the wireless industry centers on whether 5G operations in C-band spectrum will interfere with aircraft radio altimeters. The wireless industry argues that there won't be any interference. The airline industry, meanwhile, warns that interference is possible and that 5G operations in the band should be delayed or curtailed.

Now though, with that launch date looming, the airline industry appears to be working to gain more concessions from the wireless industry.

"The harm that will result from deployment on January 19 is substantially worse than we originally anticipated," US airline officials wrote in their letter Monday. "We are writing with urgency to request that 5G be implemented everywhere in the country except within the approximate 2 miles of airport runways at affected airports as defined by the FAA on January 19, 2022."

According to Fox Business, roughly 137 Boeing 787 airplanes in the US and 1,010 worldwide will be required to take additional precautions when landing in wet or snowy conditions at airports where 5G C-band service is deployed. The publication reported that safety experts determined that 5G interference could prevent the 787's engine and braking system's transition to landing mode, which could prevent the aircraft from stopping on the runway.

According to The Hill, the issue is already gaining the attention of lawmakers. For example, the Chairman of the House Committee on Transportation and Infrastructure Peter DeFazio (D-Ore.) called on the wireless industry to delay 5G launches.

"The bottom line is simple: we must provide the FAA and aviation industry with more time to thoroughly assess the risks of deployment in order to avoid potentially disastrous disruptions to our national airspace system. We can't roll the dice with the safety of our economy and the traveling public," DeFazio said.