Bob Iger wasted little time kicking off a reorganization of Disney's media and entertainment division after being reseated as the company's CEO last week. And he reportedly was also quick to shoot down a rumor that Disney could explore a sale to Apple.

Those were two takeaways from a flood of reports detailing what Iger discussed Monday at a Disney town hall for employees, a meeting that took place about a week after Disney announced that Iger had returned as CEO for two years. Iger, who replaced former CEO Bob Chapek, returned to the role to set a "strategic direction for renewed growth" and work with the Disney board on developing a successor. 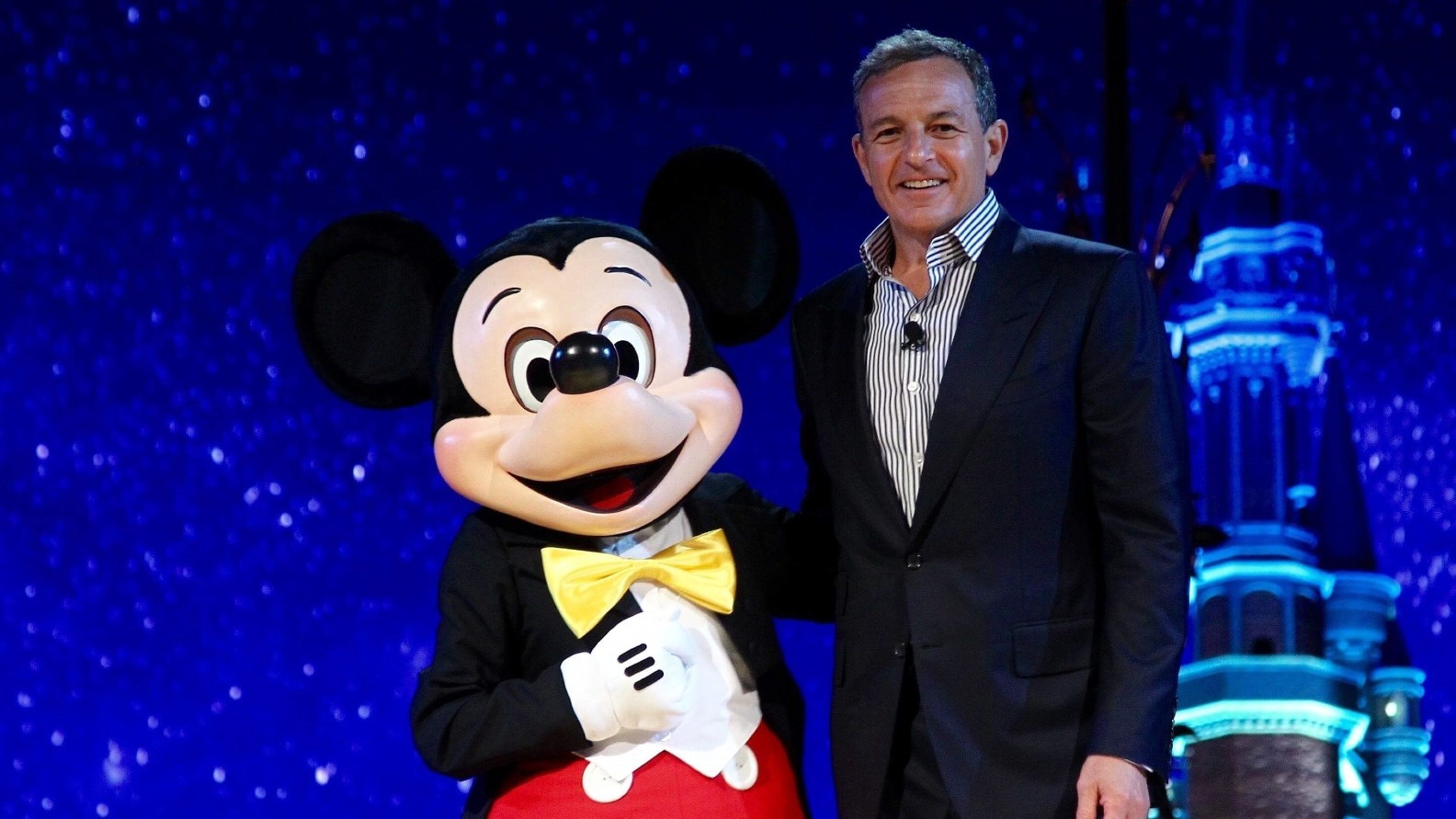 Prior to his return as CEO earlier this month, Bob Iger was CEO and chairman of Disney from 2005 to 2020, and executive chairman and chairman of the board through 2021.
(Source: Imaginechina Limited/Alamy Stock Photo)

Following brief remarks, Iger was asked to address a report about a potential merger between Disney and Apple. A purported Disney insider recently predicted to The Wrap that Iger would try to sell Disney to Apple or another tech or media giant, cementing himself as Disney's last CEO.

Iger, who previously led Disney through the acquisitions of Pixar, Marvel, Fox and LucasFilm, called such rumors "pure speculation," while also holding that Disney is comfortable with its current set of assets, Bloomberg and other media outlets reported.

Although Chapek was shown the door, a hiring freeze recently executed under his watch will remain in place while the company reassesses its cost structure, according to CNBC.

That decision, which includes other cost-cutting measures, also ties into Iger's desire to make Disney+ profitable. Disney's streaming business turned in a wider-than-expected loss of $1.47 billion in the company's fiscal Q4 results.

Iger has already initiated a plan to reorganize a division called DMED, or Disney Media and Entertainment Distribution, which manages the operations of Disney+, Hulu, ESPN+, Disney+ Hotstar and Disney's domestic broadcast and cable television networks.

In a memo issued last week, Iger expressed that a new structure at DMED, which would put more decision-making back in the hands of Disney's creative teams, is expected to be developed in the "coming months." Dana Walden (chair of Disney General Entertainment Content), Alan Bergman (chair of Disney Studios Content), Jimmy Pitaro (chair, ESPN and sports content) and Christine McCarthy (senior EVP and CFO) have been tapped to collaborate on the new structure, which will also lead to a reorganization of DMED.

"There is a lot to do quickly," Iger told Disney employees, according to Deadline.

Iger used Twitter to express optimism about his return to the helm at Disney.

Filled with gratitude and excitement to be back @WaltDisneyCo! pic.twitter.com/HJYs0FAOVR