As it inches closer to wrapping up its acquisition of Cisco Systems's video software unit, Permira said the company being spawned by that deal will be called Synamedia.

The name (and logo) of the new company surfaced about four months after Permira, a private equity firm, swung a deal to acquire Cisco Systems Inc. (Nasdaq: CSCO)'s Service Provider Video Software Solutions (SPVSS) unit, which is largely made up of the NDS business that Cisco acquired in 2012 for $5 billion. (See Cisco Dumps Video Software Biz, Ends NDS Era and Cisco Bets $5B More on Video With NDS.) 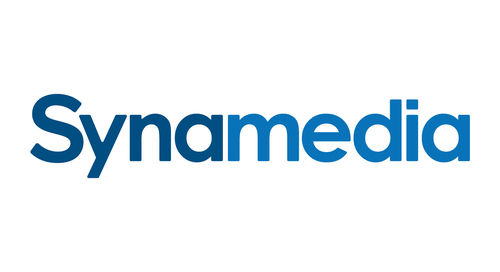 As for that name, Permira noted that "Syna" means "together" in Greek, which reflects Synamedia's plans to blend broadcast and OTT media services. Still, Permira won't get high marks for originality, as the name it picked for the new company is a recycle of sorts. In 2006, NDS launched Synamedia Metro, a product billed then as an IPTV middleware platform for telcos.

Once the deal with Cisco is done, London-based Synamedia will enter a fiercely competitive market, with MediaKind (formerly Ericsson Media Solutions) and other rivals looking to lock in deals as cable operators and other video service providers around the globe move ahead with next-gen platform and service strategies. (See Cogeco Connects With MediaKind on IPTV, Keeps TiVo.)

Synamedia plans to detail the company's vision and strategy at a press event set for Friday, Sept. 14 during the IBC show in Amsterdam.

In the meantime, Synamedia noted that it will be on hand there at Cisco's booth (1.A71) to highlight enhancements for VideoGuard (including a new anti-piracy service and support for Android devices), show off low-latency live video streaming to the set-top box and discuss further investments in the Evo-branded middleware platform.

At IBC, Synamedia also will offer updates on the unit's cloud DVR deployment activity. In additon, it will provide updates on the Infinite Video Platform, a multiscreen IP video system that features support for Android TV as well as the Reference Design Kit (RDK), the preintegrated software stack for set-tops and gateways being managed through a joint venture of Comcast Corp. (Nasdaq: CMCSA, CMCSK), Liberty Global Inc. (Nasdaq: LBTY) and Charter Communications Inc. . (See Cisco Slashes Storage for Cloud DVR.)

Hone in on the opportunities and challenges facing European cable operators. Join Light Reading for the Cable Next-Gen Europe event in London on Nov. 6. All cable operators and other communications service providers get in free!

Dr. Abe Peled, the former chairman and CEO of NDS, is the incoming chairman of Synamedia. Yves Padrines, an exec late of NDS who currently serves at Cisco as VP of Global Service Provider for Europe, Middle East and Africa, has been tapped to serve as Synamedia's CEO. (See Permira Names CEO for Ciscos SPVSS Business.)

Jeff Baumgartner 9/4/2018 | 1:43:48 PM
Preparing to tie the knot The name and logo certainly have that sense of something old, something new, something borrowed, something blue (but nothing in there about sixpence in the shoe) as Permira looks to get the deal done and tie the knot with Cisco's video software biz.