The Beginning of the End of Omniverse?

Omniverse partner, SkyStream TV, announced on its website that Omniverse is "shutting off residential service" on May 31, 2019, as reported Thursday by Cord Cutter News.

"On the morning on May 30th SkyStreamTV spoke with a representative of Omniverse One World Television Inc and were told that they are shutting off residential service on May 31, 2019," SkyStream's message read. "This is obviously not ideal for our loyal customers. We do not have any say in this matter as Omniverse has full control of distributing the channel streams and have made the decision to turn them off. SkyStreamTV has ceased all current and future dealings with Omniverse One World Television Inc at the time of this press release."

It's not clear how many pay-TV subs SkyStream had through its original Omniverse partnership, but SkyStream noted that it "will continue to look for other Live TV offerings."

The end of the Omniverse-SkyStream relationship comes as Omniverse continues to battle a copyright lawsuit in a California district court alleging that Omniverse and its CEO, Jason DeMeo, are distributing TV programming to various OTT-TV partners without proper carriage rights. Omniverse claims that its OTT-TV offering is perfectly legal, citing a joint venture with a New Jersey-based private cable operator called Hovsat that, Omniverse claims, has a 100-year contract with DirecTV with "no limitations" regarding US distribution and delivery method.

Omniverse officials were not immediately available for questions, but there appears to be more happening behind the scenes there beyond a severing of its association with SkyStream.

One clear indicator: The Omniverse One World Television website, as of mid-day Thursday, presents visitors with an "under construction" message: 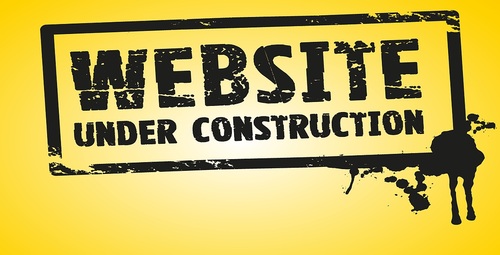 The home page for the Omniverse One World Television home page (www.omniversetv.com) as of Thursday, May 30, 2019.

Meanwhile, OmniGo, a recently launched service/site operated by Omniverse, alerts visitors that it is "currently unavailable." When reached at the site after identifying as a reporter with Light Reading, an online customer rep at the OmniGo site stressed that the service was down only temporarily but could not elaborate on when it might come back online.

An OmniGo rep said the service is unavailable temporarily but declined to elaborate on when it would come back online.

A similar message appears at WestPA.TV, a site/service based in Warren, Pa., that bills itself as an Omniverse distributor and as a "trademark" of Omniverse One World Television.

Update: OmniGo was back up on Friday morning; WestPA.TV continued to alert visitors that the service was still unavailable.

It's not immediately clear if the SkyStreamTV situation means Omniverse plans to shut down all of its residential pay-TV streaming offerings or if it is only snipping access to its distribution partners. Flixon, a former master reseller partner of Omniverse's, shut down its Omniverse-powered offering earlier this month and transferred those customers to OmniGo.

TikiLIVE to announce something tomorrow
TikiLIVE, another Omniverse reseller partner, has not announced any changes to its relationship with Omniverse. However, a TikiLIVE official said the company expects to post an update on that status on Friday (May 31). Clickia and SiliconDust, two companies that had been working with TikiLIVE, have already shut down their respective OTT-TV services that had relied on the connection to Omniverse.

TikiLIVE's website no longer markets pay-TV packages it was offering in tandem with Omniverse, but instead highlights two other types of offerings -- an Indie Pack for $5.99 and Indie Plus for $9.99 per month. Channels in those offerings include Mav TV, Biz TV, She TV, Combat Zone, Reelz and the Sony Channel, among others.

When reached last week about the status of TikiLIVE's relationship with Omniverse, a TikiLIVE official responded via email that he could not comment on that due to NDA restrictions, but did note that TikiLIVE is "moving on to working with the Networks directly and advancing the TikiLIVE product everyday."

The resulting "new lineups will include HD linear, VOD and Music content for different regions around the world."

Update: It seems quite possible that TikiLIVE's relationship with Omniverse is in for a change. A TikiLIVE customer sent along the following screenshot of the service shown below and taken today (May 30) -- it's a shot from a live feed of Fox paired with a message at the bottom of the screen reading: "This network is brought to you by Omniverse Inc. and will be discontinued for the time being. You will not be billed again for your plan." The Fox TV broadcast via TikiLIVE was among channels that continued to function on the service as of Thursday afternoon, the customer said via email. 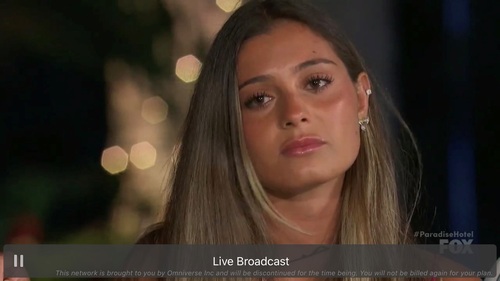 Notably, the screenshot references Omniverse Inc. rather than Omniverse One World Television. According to state of Delaware records, an entity called Omniverse Inc. was incorporated/formed on May 20, 2019.

Meanwhile, back at the courts
The case against Omniverse at the California Central District Court appears to be in a holding pattern.

A hearing in the case was scheduled for Friday, May 24, for a ruling on motions filed by Omniverse. However, Judge Dolly Gee vacated the hearing, announcing that a ruling on Omniverse's motion was taken under submission, meaning she found that it was appropriate to make a decision without oral argument.

A ruling has yet to be publicly announced on the Omniverse motion, let alone the case itself. Omniverse's motion had partly sought to have any comparisons to Omniverse and Dragon Box stricken from the case, and to ask that the plaintiffs provide a more definitive statement on its complaint against Omniverse.

A representative with the Alliance for Creativity and Entertainment (ACE), a legal consortium comprised of studios and programmers that is leading the case against Omniverse, has been asked for comment on the status of the case.

Catch up on the Omniverse saga: