Ericsson revealed early Wednesday that it had failed to sell the entirety of its media business, instead offloading a 51% stake, and that it had slashed more than 10,000 jobs since October as it suffered another sharp fall in sales and saw losses widen in the final quarter of 2017. Ericsson has now reported five consecutive quarters of operating losses and is not predicting when it might reverse that trend. (See Ericsson Reports Q4, Full Year and Ericsson Offloads Media Solutions to Private Equity Firm.)

Citing weak 4G sales in China, the struggling Swedish equipment maker reported a 12% drop in revenues, to 57.2 billion Swedish kronor ($7.3 billion), compared with the year-earlier period, with turnover down 7% in constant-currency terms.

Despite the headline results, executives insisted that restructuring efforts were starting to pay off, with Ericsson's adjusted gross margin -- a closely watched metric -- edging up to 29.9% in the fourth quarter, from 29.4% a year earlier.

Hit by a downturn in its network equipment markets, Ericsson AB (Nasdaq: ERIC) has also struggled to fend off competition from Chinese rivals Huawei Technologies Co. Ltd. and ZTE Corp. (Shenzhen: 000063; Hong Kong: 0763). CEO Börje Ekholm, who took charge of the company this time last year, is determined to restore profitability and focus on a smaller number of core activities, including the development of 5G network offerings. (See Has the 5G Upturn Begun?, Ericsson Goes Dotty for 5G Small Cells and Ekholm's Vision of Slimmer Ericsson Lacks Detail & Dazzle.) 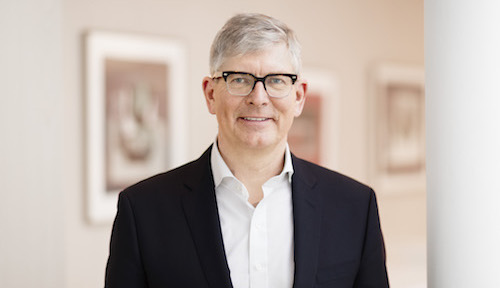 Ericsson CEO Börje Ekholm faces concern that he is backtracking on strategic objectives.

Having put Ericsson's media and cloud hardware businesses up for "review" last year, Ekholm today said that a 51% stake in the media solutions unit would be sold to a private equity company called One Equity Partners. (See Ericsson Moves Closer to Media Business Sale  Report.)

Ericsson did not disclose the financial terms of that agreement but said that employees and contractors would transfer to the new company upon closing of the agreement in the third quarter of 2018.

It will retain Red Bee Media, formerly its broadcast and media services outfit, after failing to attract worthy bids for the unit, and heralded improvements in profitability at that business in the fourth quarter.

On the organizational and leadership fronts, Ericsson revealed that it was setting up a new "emerging markets" business focused on innovation. Asa Tamsons, currently a partner at consulting group McKinsey, will lead that division from April this year. (See Ericsson Revamps Structure, Shuffles Top Team.)

Ericsson also said it would reduce its number of group functions from six to four, with the new emerging markets business to absorb technology and research functions.

During an earnings call about the latest results, Ekholm insisted there had not been any kind of strategic backtracking after one analyst expressed disquiet about Ewaldsson's departure and Ericsson's failure to offload media assets.

"If we take the media solutions, we wanted to maximize the ownership stake without providing more capital because it is strategically important for customers," he said. "On Red Bee, I would have preferred to get a higher bid and we didn't and will not just give it away.

"Ulf [Ewaldsson] has done a really good job on products and the R&D function and we've got stability in customer projects," Ekholm added. "Now Ulf elects to leave and we've put in Jan to focus on the execution and cost side. This is the next step in the turnaround."