Not one to mince words, AT&T has submitted a pre-trial brief laying out its arguments against the federal government in the lawsuit that has the Department of Justice seeking to block the telecom operator's proposed $85 billion acquisition of Time Warner. With court proceedings set to begin next Monday, AT&T makes the case that "there is no fact-based evidence" that a merger with Time Warner would harm competition in the video marketplace. The operator asserts that it has already disproven the notion that it could "credibly threaten to withhold" Time Warner's Turner programming from other distributors in the wake of an acquisition, and that what is left of the government's case is virtually immaterial.

Or, in the actual words of the AT&T pre-trial brief -- which borrows from a 1992 case centered on content distribution power -- the substance of the government's lawsuit, "like a Persian cat with its fur shaved, is alarmingly pale and thin." 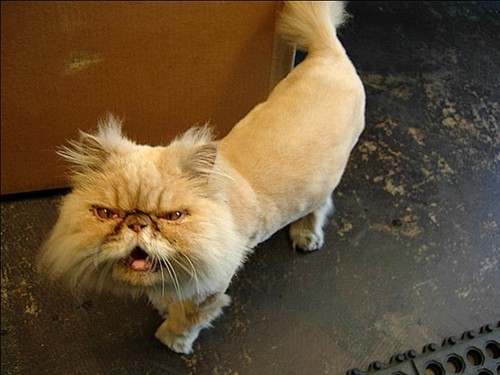 Colorful language aside, AT&T Inc. (NYSE: T) points out that it has already agreed to forego the use of content blackouts in licensing negotiations if it is allowed to acquire Time Warner Inc. (NYSE: TWX). Blackouts are the primary way that content providers exercise leverage in these negotiations when they attempt to raise fees for pay-TV providers. AT&T says that it could not afford to withhold programming from other distributors in any case because of the loss of licensing and advertising revenues, but that with its agreement to refrain from content blackouts, the argument by the Department of Justice is entirely moot.

Further, AT&T argues that its proposal to buy Time Warner is not about the opportunity to raise prices on programming. Instead, the company says the deal is about making both AT&T and Time Warner more competitive in a video industry that has radically shifted in the Internet era.

First, AT&T states that owning Time Warner would allow it to create new video products better aimed at mobile viewers. Without the deal, the telco says it has been too difficult to obtain distribution rights for programming that would allow it to "achieve its vision for the next wave of products and packages, including lower-cost, ad-supported services."

Second, AT&T notes that with Time Warner in house, it would also have the necessary scale to create a new targeted advertising platform. Such a platform would put pressure on existing ad giants, Facebook and Google (Nasdaq: GOOG), bringing more competition to the digital market.

The argument against Facebook and Google is part of a larger point that AT&T tries to make about the power of Internet companies in the video industry today. AT&T says that "in just a few years' time, Netflix, Amazon, Google and others have harnessed the power of vertical integration to disrupt and displace content suppliers and distributors alike. These vertically integrated firms have succeeded by using their direct customer relationships to better provide customers the programming that most interests them."

While AT&T's argument is true, it doesn't entirely address issues with the level of vertical integration the company is pursuing in the Time Warner deal. Yes, companies like Netflix Inc. (Nasdaq: NFLX) and Amazon.com Inc. (Nasdaq: AMZN) have created new direct-to-consumer business channels, but they don't own the broadband connections that consumers use to access their content. A big reason that opponents are fighting the AT&T/Time Warner merger is because of AT&T's nationwide mobile distribution footprint. (See Does AT&T Deserve Time Warner?.)

The big challenge for the DoJ in blocking the AT&T deal, however, is that it already approved a similar transaction in Comcast Corp. (Nasdaq: CMCSA, CMCSK)'s buyout of NBCUniversal earlier this decade. That fact is likely to be a major point of contention as the AT&T court case begins next week, and it's a legal hurdle that the federal government may not be able to overcome.

Phil_Britt 3/23/2018 | 9:41:40 AM
Re: Minced or diced Fully agree. In the 1970s, the complaint was the parties were too much like one another, with little difference between candidates. Now it's extremes with no middle.
Reply | Post Message | MESSAGES LIST | START A BOARD

mendyk 3/23/2018 | 9:21:45 AM
Re: Minced or diced Unfortunately, it's hard to breathe at this point without making some sort of political statement, even if it's just about the fact that it's really hard to avoid making a statement about politics. Let's hope that someday we can regain some of the sanity we used to have.
Reply | Post Message | MESSAGES LIST | START A BOARD

Phil_Britt 3/23/2018 | 9:18:49 AM
Re: Minced or diced I agree with you. I was trying to avoid being political in my comments. There are certainly different rules depending who is at bat.

mendyk 3/23/2018 | 9:16:43 AM
Re: Minced or diced Sinclair is friendly to the current version of the executive branch. Time Warner (CNN) is perceived as being not, even though a case can be made that CNN played a role in installing the current version of the EB. I would be surprised if there is any "rulebook" involved here.
Reply | Post Message | MESSAGES LIST | START A BOARD

Phil_Britt 3/22/2018 | 10:18:16 PM
Re: Minced or diced I don't disagree that AT&T's arguments might be weak, but the government has let plenty of other mergers in other industries (Sinclair in broadcasting, airlines) go forward, so it does seem now the governent is looking at a different rule book.
Reply | Post Message | MESSAGES LIST | START A BOARD

Phil_Britt 3/22/2018 | 10:18:14 PM
Re: Minced or diced I don't disagree that AT&T's arguments might be weak, but the government has let plenty of other mergers in other industries (Sinclair in broadcasting, airlines) go forward, so it does seem now the governent is looking at a different rule book.
Reply | Post Message | MESSAGES LIST | START A BOARD

mendyk 3/15/2018 | 1:54:13 PM
Re: Minced or diced I'll point that out to my friend who somehow managed to get a MacArthur Foundation grant. I'm sure it will bring a smile.
Reply | Post Message | MESSAGES LIST | START A BOARD

You should probably point out to them instead that they have failed at making premium content and should do something else.   They are the 0 to 1 view Youtube videos.

Otherwise ask them the question:  "Why are you not paying the bar to host your show?"

mendyk 3/15/2018 | 12:27:48 PM
Re: Minced or diced Delivery mechanisms are never important -- I will point this out to my musician acquaintances who now use their vans as their main distribution channel for their content.
Reply | Post Message | MESSAGES LIST | START A BOARD

Delivery mechanisms are never important and never have been.  There is money to be made in those networks (oral telling, book publishing, movie theatres, Internet), but again the business model is so very different.  That is why the two make no sense together.

Content has (most of the time) a shelf life.  Extraordinary Content (the Mona Lisa for example) can have a VERY long shelf life.  But the average movie makes the vast majority of its money at or near the time of initial distribution.  This is all on a very steep curve.  Think of Youtube videos and the like 99.99% of them that have 1 or less views.  Its content and has no value.  But content can have extraordinary value.

Distribution on the other hand has a much more pedestrian ROI but it is much more certain.  In our times, if you build a network "people will come".  Network Operators can be really sure that will get an ROI for an investment.  This type of business does not have the highs or lows.

Let us use your Heavy Reading reports as examples.  I am sure that several hot topics did really well.  But what is the value of the 5 year old ones (except to read them and make fun of your errors)?  That is why restricted access to content is a bad idea.  Now the beauty is that premium content costs.  So, your Heavy Reading reports get teasers for free here.  But if people want the meat, they have to pay for it.  But you are not going to not sell a report to me because you don't like me.  It would be stupid to do so.

That is why this notion has never flown.  It doesn't mean that content doesn't get paid for and is sometime behind extra payment barriers (HBO ain't free).  But for example (as someone without Netflix), I have no idea what shows Netflix is making.  Is there a way to make a service for them (like say a teaser show) that would make me want to go behind the payment barrier?  Maybe.

But its all about who pays who.  Content people (the NFL) don't pay Comcast for distribution.  The NFL gets paid (by NBC, ESPN, CBS and indirectly Comcast) to allow people to distribute their content.  Distribution has to find the means to pay for rights or end users do (the new Netflix model - but its the same model that say a Museum has).