HBO Max will start off as a direct-to-consumer subscription premium product and prime the pump by trying to convert about 10 million AT&T pay-TV customers that currently get the legacy HBO product to the new offering.

HBO Max offers about twice the content as traditional HBO, thanks in part to the service's access to shows and movies from WarnerMedia's Turner and Warner Bros. properties, as well as a slate of originals that will be exclusive to HBO Max. But concerns are brewing about how other pay-TV distributors that sell old HBO will react. Why would those pay-TV providers be aching to sell and distribute a product that will be sold directly to consumers and poised to accelerate pay-TV cord-cutting? 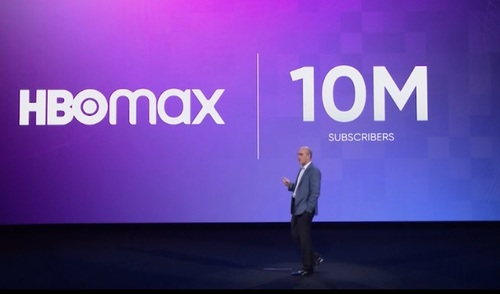 Several analyst and industry watchers see friction ahead, even as AT&T and WarnerMedia try to frame HBO Max as a product that is friendly to cable operators and other pay-TV service providers.

"Make no mistake, this [HBO Max] is a direct attack on the traditional pay-TV universe," said Colin Dixon, founder and chief analyst at nScreenMedia. He believes the launch of HBO Max in May 2020 alongside other new SVoD services, such as Disney+, will cause a "big uptick in cord-cutting next year  It's more bad news for pay-TV. This is like a replacement for pay television," he said of HBO Max.

Pricing HBO Max at $14.99 per month -- the same as HBO Now (the standalone, OTT-delivered version of the legacy HBO product) -- is "brilliant," but it also "boxes-in" all legacy distributors, Richard Greenfield, analyst with Light Shed Partners, opined in this tweet. "[T]hey either agree to offer HBO Max or subs will shift rapidly to AT&T's direct to consumer HBO Max offering as there is no incremental cost vs. legacy HBO."

And bringing a lot of other content that has been on ad-supported linear TV is "amazing for consumers, less good for MVPDs/vMVPDs and broadcast/cable networks that rely on those distributors," Greenfield added.

HBO Max's $14.99 price will "create conflict" with distributors, agreed analysts with Evercore ISI. "As such, it wouldn't make much sense for customers to continue to subscribe to regular HBO through their cable operator," the firm wrote in a research note issued in the wake of the AT&T/WarnerMedia-hosted HBO Max event held in Burbank, Calif., on Tuesday.

The distributor share of the HBO Max spoils might also irritate pay-TV providers. Analysts at Cowen believe that AT&T will also seek a higher percent of the revenue mix for HBO Max than HBO, and expect MVPDs to "approach AT&T skeptically as we'd argue the more customers shift their viewing habits to HBO Max, the more likely it is they will ultimately cut the cord."

Speaking during the HBO Max's Q&A session, John Stankey, president and COO of AT&T and CEO of WarnerMedia, said the company is eager to strike wholesale arrangements with pay-TV distributors, noting that they desire to keep customers engaged on their platforms and get a piece of HBO Max's recurring revenue stream. Under that model, pay-TV subs will be able to access and navigate the HBO Max service on their set-top boxes using their existing credentials, he said.

Stankey added that anonymized data pulled back from HBO Max by AT&T's Xandr advanced ad division will also be made available to pay-TV distribution partners to aid with their own advertising initiatives (an ad-supported version of HBO Max will launch in 2021; a price on that tier hasn't been revealed). On that combined basis, an HBO Max deal could be much more financially attractive to pay-TV distributors than some of the bounty-based deals they have with other content partners, Stankey reasoned.

Because HBO Max is a new service likely with financial terms that don't directly mirror legacy HBO's, AT&T will need to carve out new deals with distributors about selling HBO Max.

"We are in active discussions with our distributors," Stankey said, noting that it's the intent to get HBO's existing 30 million-plus domestic customers converted to HBO Max "as quickly as we possibly can."

But it will take two to tango, and it's not clear if pay-TV distributors beyond HBO Max's corporate cousin, AT&T, want to dance. MVPDs contacted by Light Reading about their interest or lack thereof in HBO Max, including Comcast, Charter and Altice USA, have not responded for comment or declined comment.

By targeting HBO's US base of 34 million subs complemented by direct-to-consumer marketing of HBO Max as a standalone product, AT&T is forecasting 50 million HBO Max US subs by 2025, and between 75 million to 90 million on an international basis. Those numbers include customers who take the ad-supported version of HBO Max.

"They have a shot at it if they can keep the price down," Dixon said.

Traditional HBO not going anywhere
AT&T's eagerness to convert HBO customers to HBO Max rapidly has caused some to wonder if HBO will stick around. It will, at least for now.

As HBO Max gets off the ground, WarnerMedia will continue to give consumers the option to keep the traditional HBO service or get HBO Now for as long as they want to, but AT&T is still keen to convert that audience to the new offering. AT&T said it will try to make that migration easy for its pay-TV subs. For example, a DirecTV customer who opts to take the free upgrade offer to HBO Max would get the new app and have access to all the traditional HBO services, plus the incremental content offered by HBO Max.

"HBO Max is going to be our workhorse; it's the greatest value proposition that we have for the consumer," said Tony Goncalves, CEO of Otter Media (WarnerMedia's digital content division), who is also heading up marketing and distribution for HBO Max.

"In some respects, I look at it as a degree of an IQ test, which is why wouldn't you want twice the content for the same price," Stankey said.

But until that happens, HBO Max will be the lead product and AT&T will create a "synthetic" bundle that enables customers to pair HBO Max with AT&T TV and navigate between those two services. And the ad-supported version of HBO Max will also be joined to what AT&T believes will evolve into a universal, tightly integrated platform for all of those services.

Financial targets questioned
Goncalves also shed some light on how HBO Max will be bundled in some of its mobile, broadband and home TV packages. Customers on AT&T's premium TV plans, unlimited mobile plans and its premium 1Gbit/s broadband service will all have HBO Max included. The wireless component of the HBO Max offer is "low hanging fruit" for AT&T, so the initial guidance on sub growth "is likely conservative," analysts with Wells Fargo Securities explained in their note following the HBO Max.

Under AT&T's financial plan for HBO Max, it will invest about $5 billion into the service before it expects it break even, compared to an estimated $7 billion investment Disney will be making in Disney+ before its direct-to-consumer service gets into the black, according to Evercore ISI. 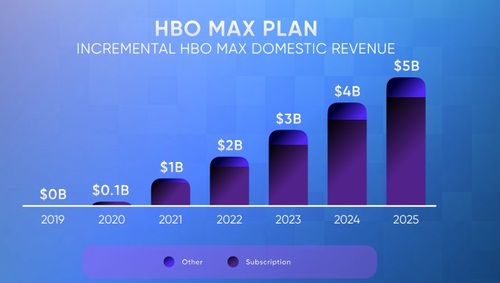 Still, analysts at Cowen are skeptical that AT&T will hit its initial financial guidance for HBO Max, including its target of $5 billion incremental US annual revenue by 2025 -- enough to put it into the black. Stankey notes that the numbers include advertising revenues and other monies beyond the incremental subscription-based revenues associated with the new HBO Max offering.