Three is the perfect number, reckoned ancient Greek philosopher and bane of math classes Pythagoras. Someone just forgot to tell Europe's telecom watchdogs, who have repeatedly savaged any merger attempts that would leave a country with fewer than four mobile networks. It has not stopped operators from trying.

The latest effort, as reported in a Reuters exclusive, concerns the Italian units of Iliad and Vodafone. Discussions between the companies about a merger of those operations are underway, according to the Reuters story. A combination would bring relief in one of Europe's most fiercely competitive markets, and not just for Iliad and Vodafone. To rival operators Telecom Italia and Wind Tre, the disappearance of a player would be as welcome as Novak Djokovic's exclusion from this year's Australian Open tennis tournament was to every other competitor. 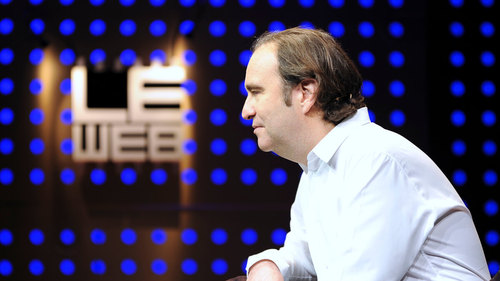 Italy seemed to flirt with the idea of becoming a three-player mobile market a few years ago, when Hong Kong's Hutchison and Amsterdam-headquartered VEON contemplated a merger. At the time, Hutchison owned a network branded Three Italia, while VEON controlled another called Wind Telecomunicazioni. A tie-up would present a stronger challenge to Telecom Italia and Vodafone, the owners believed.

But regulators effectively sabotaged proceedings when they ordered Hutchison and VEON to sell network assets to another party as a condition of the merger. The upshot was a deal with Iliad, a company founded by French billionaire Xavier Niel that had already built a reputation at home as a particularly aggressive mobile rival. After the marriage that created Wind Tre, Iliad's arrival has brought elements of Greek tragedy for every other player.

A long-running mobile price war seems to have weighed heavily on all three of the older Italian networks. Vodafone's business was the worst-performing of its numerous international units for the six months to September, suffering a 2.8% year-on-year dip in service revenues. Vodafone lost about 600,000 mobile customers over the previous 12 months.

Telecom Italia has fared even worse. Its Italian mobile revenues fell 4.5% year-on-year for the third quarter of 2021, and customer numbers have dropped by 722,000 over this period. Wind Tre, now wholly owned by Hutchison, lost 1.5 million customers between June 2020 and June 2021, Hutchison's accounts show. Its first-half revenues were down a tenth.

Jobs have been disappearing, too. Although Wind Tre's headcount is not disclosed in financial reports, Telecom Italia has cut 5,700 jobs across the entire organization since 2018, the year of Iliad's launch, finishing September with 52,190 employees in total. The axe has also been swinging at Vodafone, whose Italian unit cut more than 700 jobs between the 2019 and 2021 fiscal years, about 11% of the overall number.

Iliad has clearly mopped up many of the Italian consumers its rivals have lost. It gained 345,000 new mobile customers in the third quarter of 2021 alone, when it served nearly 8.2 million altogether. Its Italian sales for that period rose 21% year-on-year, to about 207 million ($234 million). But growth seems to have come at a heavy price. Iliad's net debt rocketed from 3.7 billion ($4.2 billion) in June 2020 to 7.4 billion ($8.4 billion) a year later. And its Italian unit remains unprofitable, reporting a net loss of 139 million ($157 million) for the first half of 2021. Building a new mobile network is an expensive business.

A merger would instantly create Italy's biggest mobile operator, with about 26.3 million customers, according to third-quarter figures. It would leave Telecom Italia, the incumbent, as the smallest player, with about 19.2 million subscribers of the human variety (Telecom Italia also boasts a lot of machine-to-machine connections). Occupying the middle spot, Hutchison served around 21 million last June. The scenario could augur well for competition because no company would be in a dominant position.

Four is the magic number

Whether regulators would allow it without attaching stringent conditions to the deal is another matter. It is not just in Italy that European Union philosophy has scuppered consolidation in recent years. In France, Orange and Bouygues called off merger talks in 2016 for reasons that reportedly included the opposition of French watchdogs.

Germany, meanwhile, went from four to three mobile networks in 2014 when Telefónica Deutschland was allowed to buy E-Plus. Since then, however, Germany has sold 5G spectrum to 1&1, which has previously relied on wholesale deals with networks to provide mobile services. It is now constructing a fourth mobile network.

Earlier optimism that regulators were softening their stance have so far proven unfounded. But operators insist that ongoing resistance will ultimately backfire as profits are squeezed and network investment suffers. Ericsson, a Swedish vendor of mobile network equipment, frets that Europe has already fallen behind China, the US and some leading Asian markets on the rollout of more advanced 5G services. The region's "digital" economy will ultimately take a hit, says the firm.

Opponents of that argument point out that competitive mobile markets have lowered prices and buoyed the take-up of smartphone services. What they cannot deny is that Europe is home to far more networks than other giant regions where mobile services are also widely used. And most of Europe's operators do not look in tiptop shape: debts are high, revenues are under pressure and competition from Internet players is unrelenting.

In the meantime, infrastructure tie-ups are happening by stealth. Service providers are increasingly spinning off and pooling assets to raise capital and slash costs. The last few years have witnessed the emergence of regional towercos such as Cellnex, a Spanish firm that already owns much of the passive mobile infrastructure in some countries. Open RAN, a new technology popular with some regional authorities, holds appeal partly because it would allow operators to share active equipment more easily. Whether regulators like it or not, network consolidation looks unavoidable.