A grisly set of results from VEON is a further sign that some of the world's biggest telcos are suffering badly amid the coronavirus pandemic.

Just days after Telecom Italia and the UK's BT reported a slump in second-quarter sales and profits, VEON served up further misery for investors.

The world's eleventh-biggest mobile operator by customers, with about 205 million subscribers internationally, VEON already looked vulnerable with its underlying health conditions in Russia, its main market. 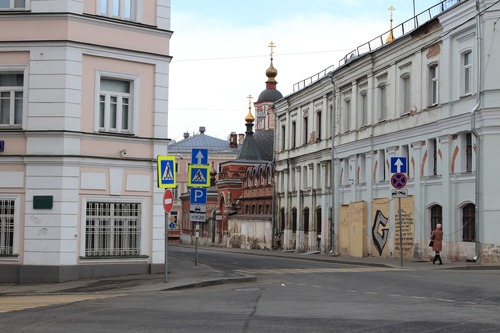 The streets of Moscow have emptied during the pandemic.

Years of underinvestment in networks, the company acknowledges, have created a perception among customers that "network quality is still lagging."

Add the impact of store closures and economic pain caused by the lockdown, and VEON lost 3.9 million mobile customers in the second quarter alone, leaving it with 49.8 million in June.

The Beeline-branded Russia business, responsible for nearly half VEON's sales, saw revenues decline a tenth, to RUB65.5 billion ($890 million), and earnings drop one fifth, to about RUB25.7 billion ($350 million).

Similar difficulties in Algeria, Kazakhstan, Pakistan and Uzbekistan prompted a company warning that any dividend payment this year is now "unlikely."

Dog days are over
More encouragingly, executives think the worst is behind them.

Restoring full-year guidance that was dropped from first-quarter results, VEON said it was anticipating a low- to mid-single-digit decline in revenues and earnings, when measured in local currencies.

On a local-currency rather than dollar basis, company revenues fell 7% and earnings 11% in the second quarter.

Unlike some other operators, VEON has refused to slash capital expenditure as it works on a recovery in Russia.

Globally, investments rose 9.5%, to $492 million, in the second quarter, and VEON now puts capital intensity  measuring long-term investments as a percentage of sales  at about 20.8%, up from 16.7% a year ago.

In Russia, where that ratio stands at 25.5%, the priority is to fill 4G coverage gaps that have left Beeline trailing MTS and MegaFon, its bigger rivals, in the mobile market.

VEON says the number of 4G basestations in Russia has now risen 24% since this time last year.

In Moscow, 4G population coverage is at 99.4%, the operator claimed in its earnings report, and the rollout of 5G-ready equipment has now started.

Lockdowns and store closures have also brought an opportunity to accelerate the pace of cost cutting, and shift customers to more profitable online sales channels.

A total of 627 Russian stores have been closed permanently in the last nine months.

A restructuring of headquarters and central functions has been underway for some time, and corporate costs fell to just $37 million in the second quarter, from $56 million a year earlier, due mainly to lower personnel costs.

In January last year, VEON confirmed that plans to scrap an ill-fated digital platform  intended for use by all the different operating companies  would trigger the loss of about 200 jobs throughout the organization, including 100 roles at group headquarters in Amsterdam.

VEON did not disclose details of headcount in its latest earnings statement, but overall employee numbers rose from about 40,000 in 2017 to nearly 46,500 last year.

This was due mainly to VEON's integration of retail activities that were previously part of Euroset, a former joint venture with MegaFon.

Its net debt of $6.4 billion represents a multiple of 2.2 times VEON's annual earnings, a ratio that is low when compared with other companies' figures.

The market responded gloomily to the latest update, sending VEON's share price down about 3.5% before lunchtime in Amsterdam.